The pros:  Trader Joe's Masala Simmer Sauce is a decent simmer sauce, but if you've had anything from the frozen Indian entrees those are far superior in quality.

The cons:  While there are spices in here, the heat is almost non-existent. So if you are looking for the heat, keep hot chili powder or cayenne close by to mix in.

The verdict:  Right now, I have a whole collection of Trader Joe's sauces and marinades to go through. I picked out this one as I just got together with a college friend of mine and went to an Indian restaurant. I polished off my dinner, but still wanted just a bit more Indian cuisine to get me through the week. And while I've tried every frozen Trader Joe's Indian entree they have (and thought they were all darn good in one way or another), I was still curious about this sauce as it is less expensive than a single frozen item.

So Sunday night rolls around and I am in the midst of meal planning. So I reached for this jar to hopefully find a path to at home Indian joy. While I got some of the familiar aromas, it was lacking in those rich intense Indian flavors.

Perhaps, my view is a bit biased as I have made Indian at home previously. When I made chicken tikka masala at home the chicken was heavily coated in spices and then the sauce was made. I think by skipping that one step there is a missed opportunity to develop those flavors.

Now, if you've ever had any of the frozen Indian entrees, you already know that those range in heat from mild to medium. This masala simmer sauce has some extremely almost not noticeable heat. So, if you like some warmth beyond temperature then you'll want some hot chili powder or perhaps cayenne to bring the flavor up a notch.

For $2.49, it is relatively inexpensive. But, it's no where nearly as good as the sauce that comes with any of the frozen entrees. If they could bottle the chicken tikka sauce, or the vindaloo sauce, or my personal favorite the Korma sauce, then I would absolutely buy a few jars of that. But as is, it is just alright. It's not inedible, but it does not rise to being great either. 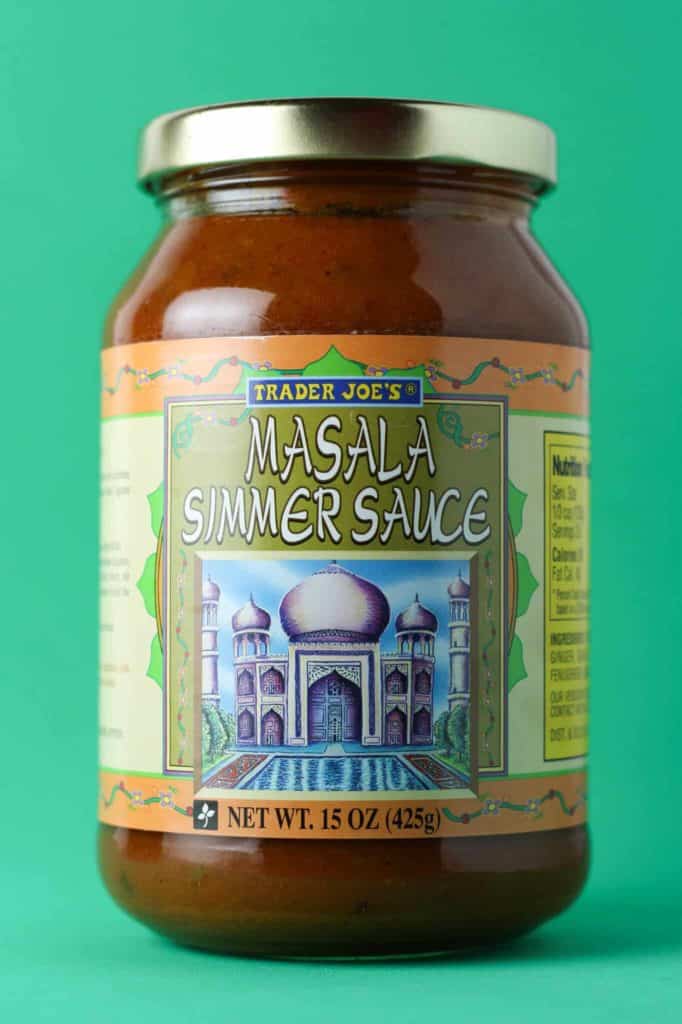 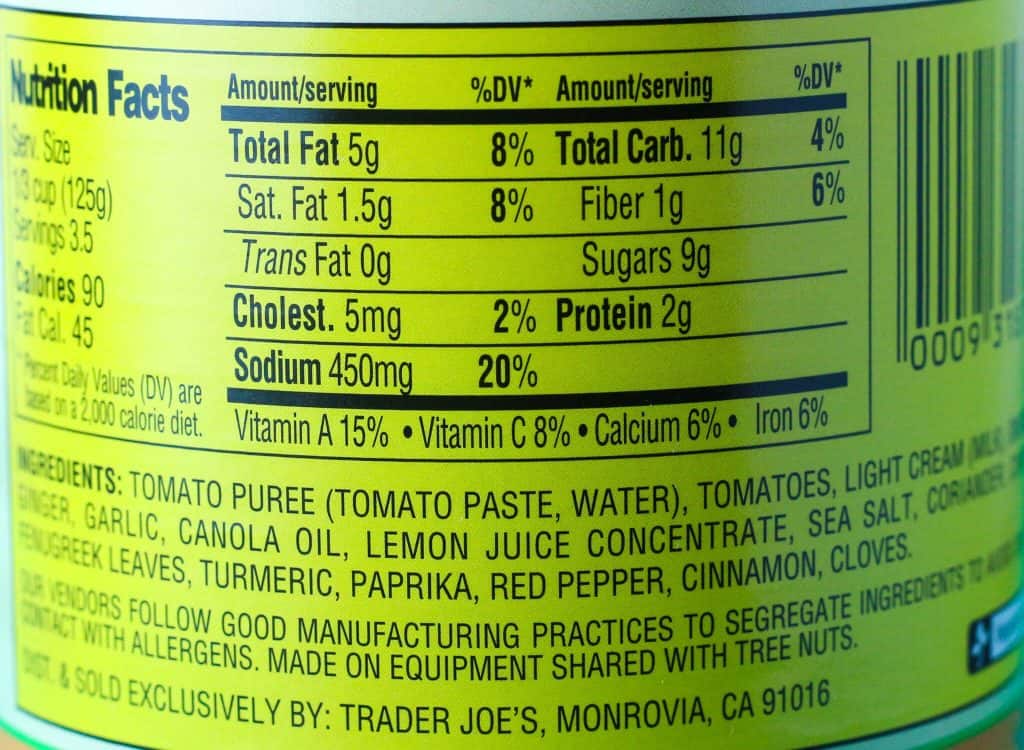 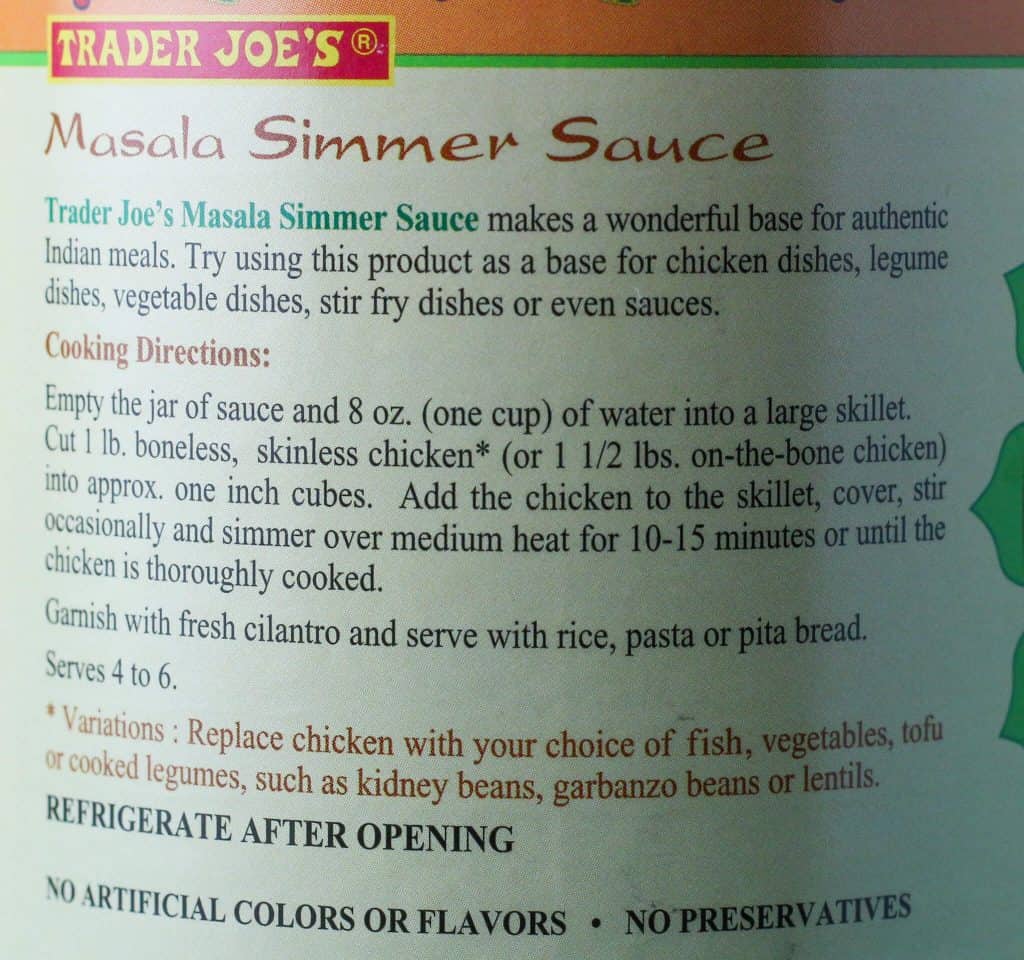 After being cooked with some chicken and Jasmine rice you get: 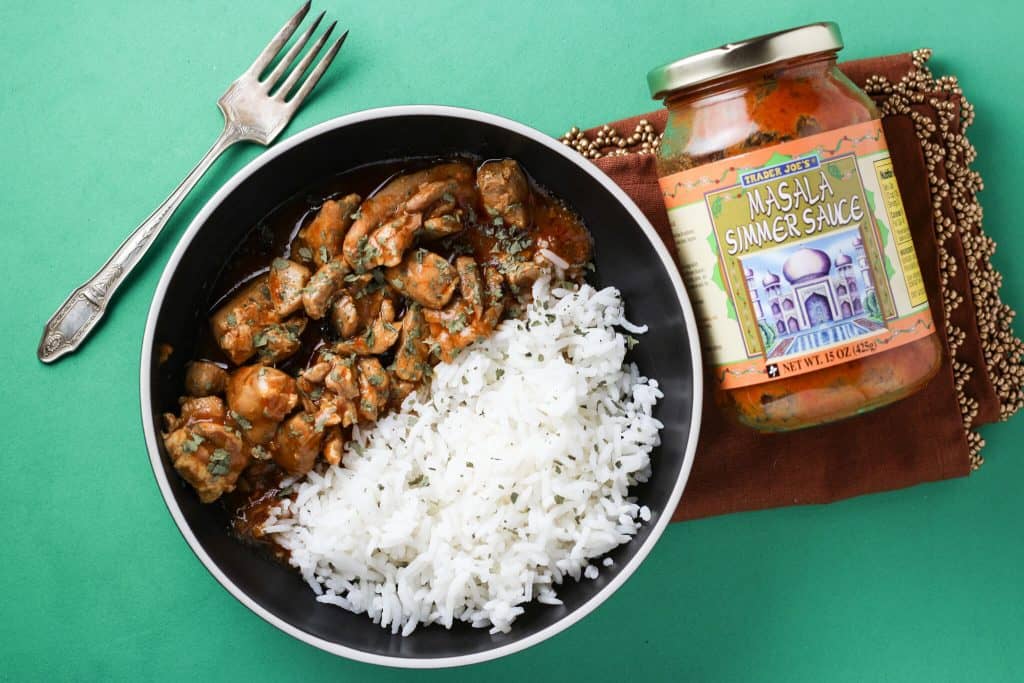 A closer look at the finished product: 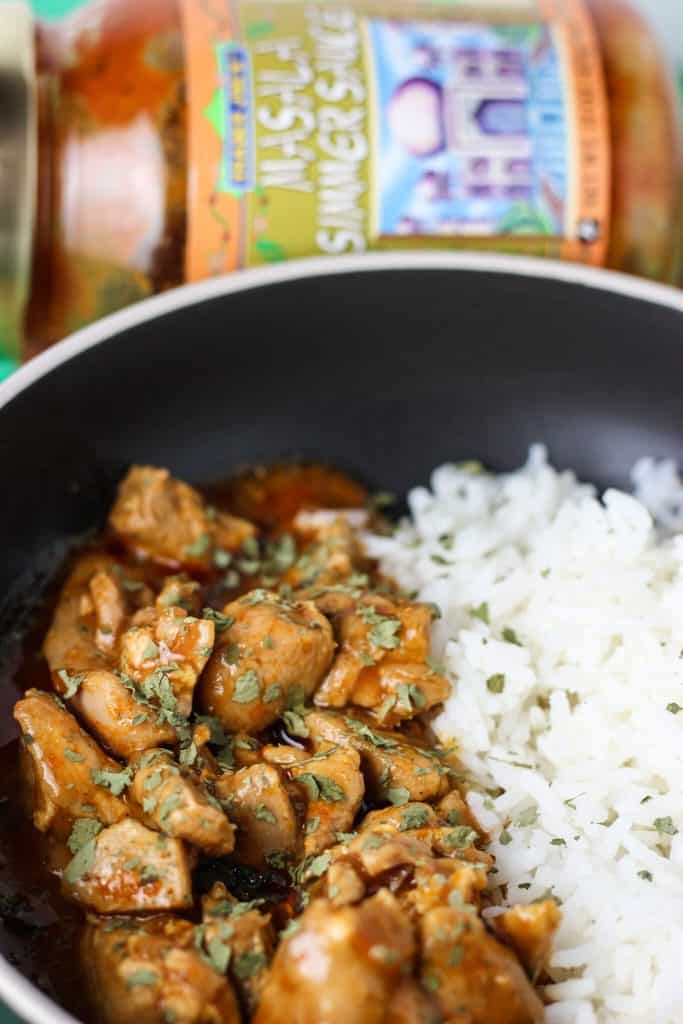 Would I buy this again? No, I would not buy Trader Joe's Masala Simmer Sauce again. It wasn't terrible, not it's no show stopper.