The pros: Trader Joe's Organic Creamy Tomato Low Sodium Soup is gluten free, organic, low sodium, and vegetarian if any of that is a concern for you. Otherwise, a very tasty cream of tomato soup. I did have to adjust the salt levels as this is low sodium and I thought a pinch of salt brought out it's best flavor.

The cons:  You'll want to bring something salty to the table. I can imagine some people will say that this soup is flat. I'd say, you should bring your own salt shaker. Once adjusted to your liking it's pretty darn good. If you are bringing this to work, bring your own microwavable container. Lack of directions other than don't put the container in the microwave.

The verdict:  For $2.69 it's a bit pricey, but you are getting a quart of soup that is organic and most importantly tastes pretty good. It's just thin enough to be called a soup and not a sauce. It has no metallic taste and doesn't involve anything more than heating it up. Once in a microwave safe container, I found that a minute in the microwave to result in a boiling cup of soup. Next time I would start at 30 seconds. Once cooled, I embrace the soup with a grilled cheese sandwich. The saltiness of the grilled cheese made me not miss the salt in the soup. Once I finished the sandwich and still have soup left over, I realized it's very low sodium. With the addition of a pinch of salt it was enjoyable on it's own. Keep that in mind if you feel this product tastes a bit flat. I'd rather add salt than attempting to wish it away. I'd keep one of these on hand now that we are in the winter months.

The box in the pantry aisle: 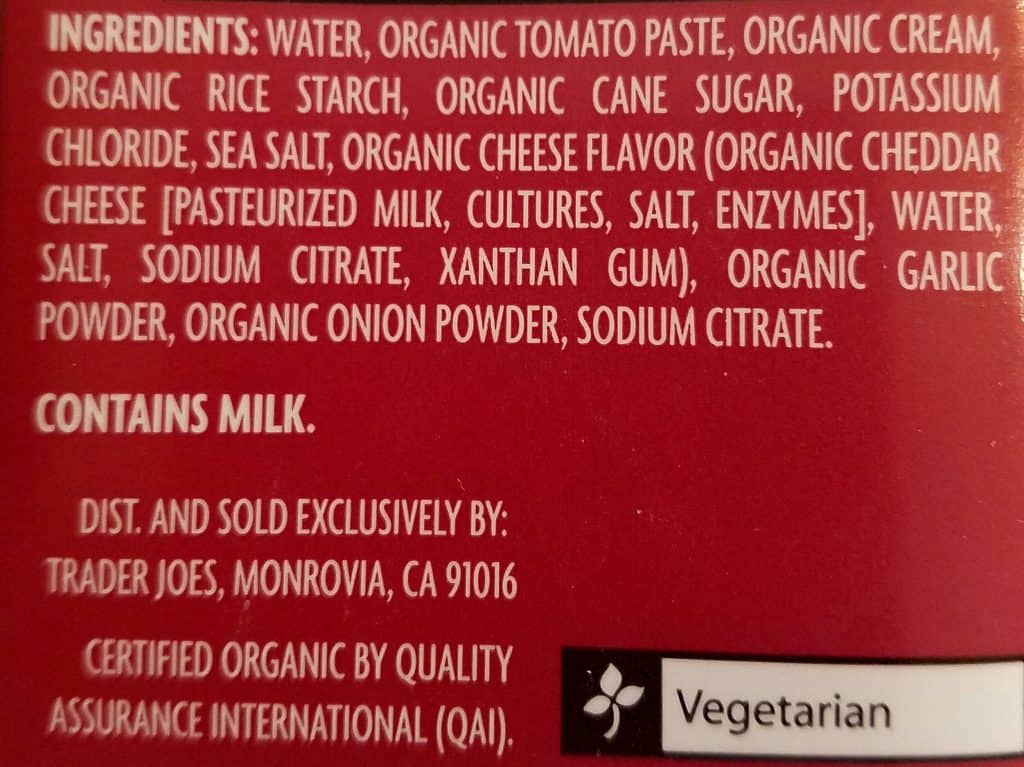 Out of the package you get a nice colored tomato soup but grilled cheese you'll have to make on your own. I made mine with Trader Joe’s Bacon Cheddar Cheese and it's a match made in heaven: 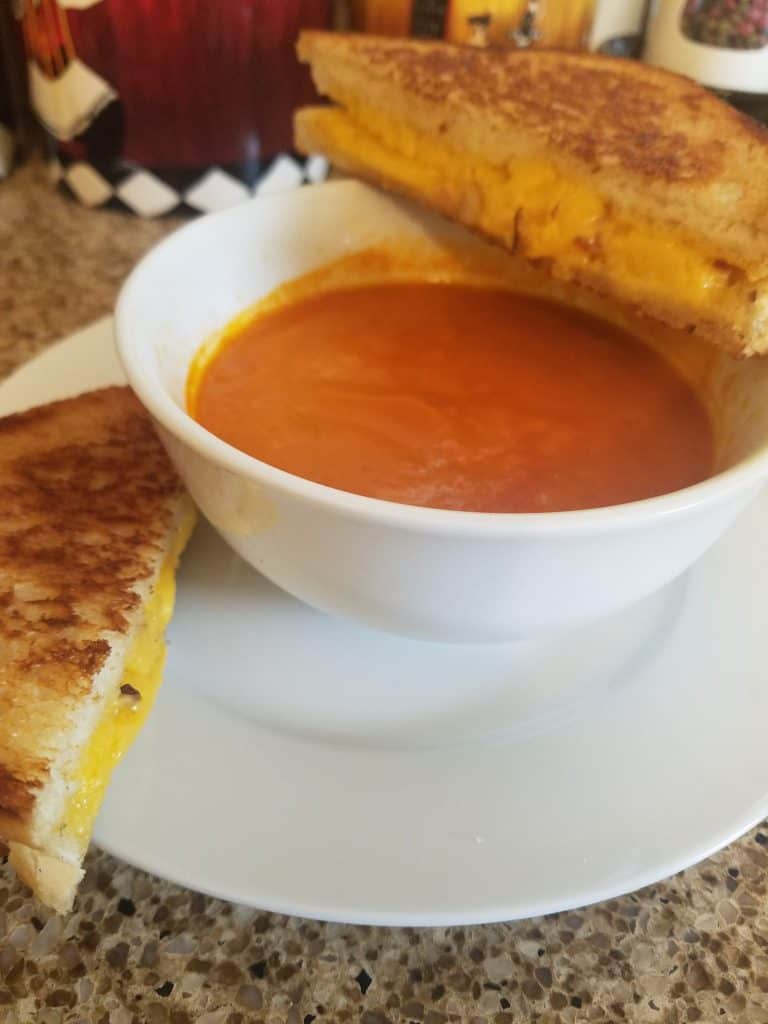 Would I buy this again? Yes. There is no way I'd ever tolerate Campbell's Tomato soup ever again. Trader Joe's Organic Creamy Tomato Low Sodium Soup is a much better product, but not as good as if you made it yourself. If you are reaching for this time is likely a concern. It's worth a try.