The pros:  Trader Joe's Bacon Cheddar Cheese is a very tasty cheddar on its own that it flavorful, but add bacon to every single bite it is completely awesome. Melts very easily. Good balance of saltiness.

The cons:  None come to mind.

The verdict:  For $3.17 for this chunk of cheese or $5.99 per pound. It's worth every penny. It's an intense cheddar that has some extra texture added with bacon. It's hard to have even the smallest piece without there being some bacon. And it's real bacon pieces, not bacon bits. It's very well done with the right balance of saltiness with or without the bacon. The bacon adds just a hint more saltiness but nothing that overpowers the cheese. These two items strike the right balance. This was great in a salad and even better as a grilled cheese. The cheese melted very easily. Highly recommend.

The hunk of cheese in the refrigerated section: 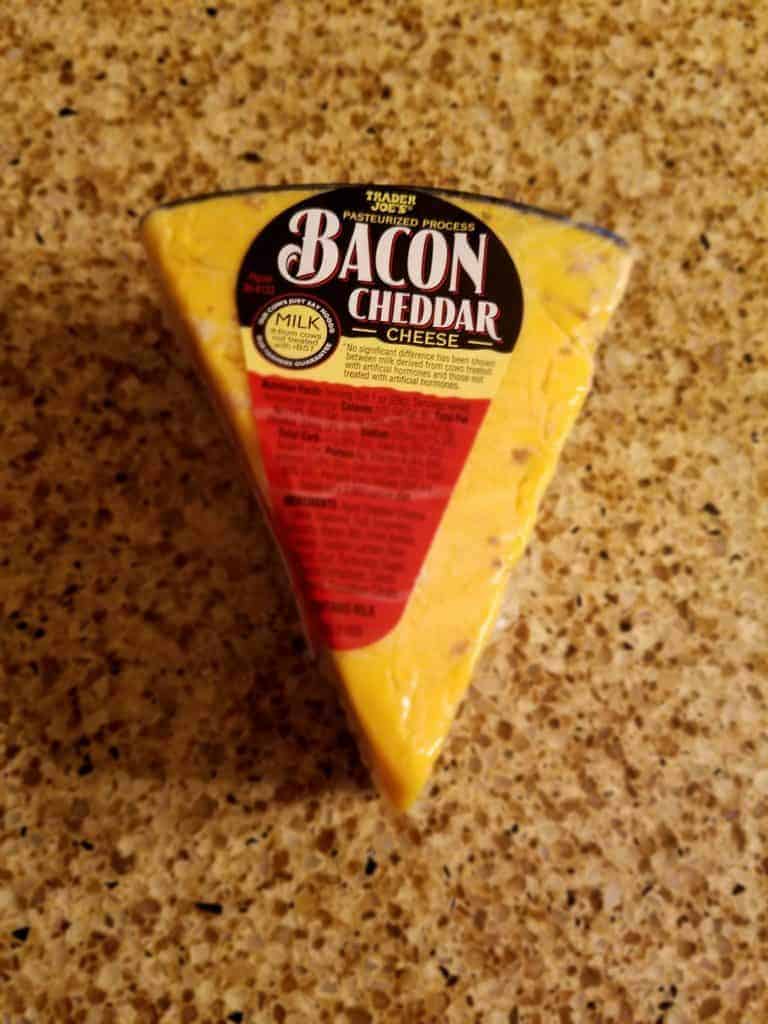 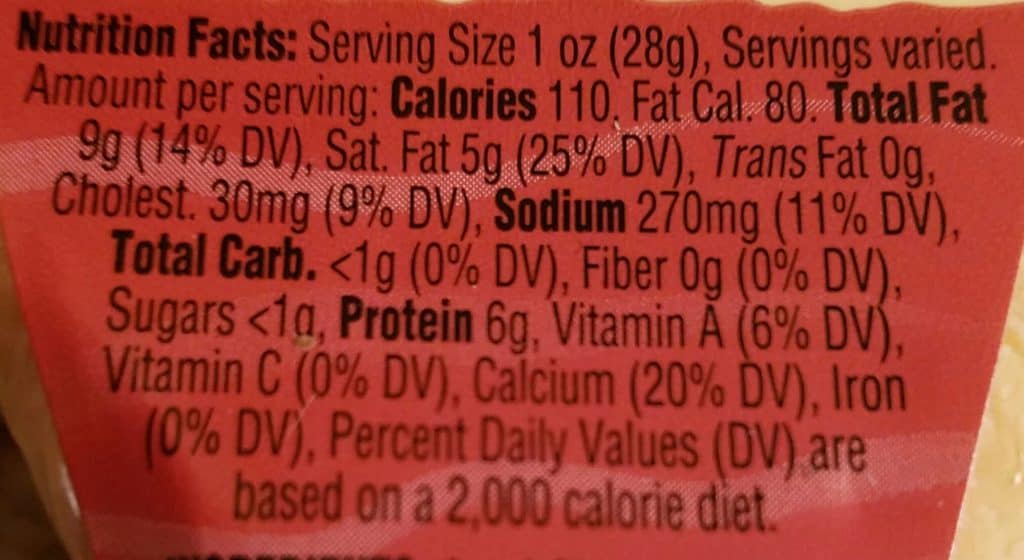 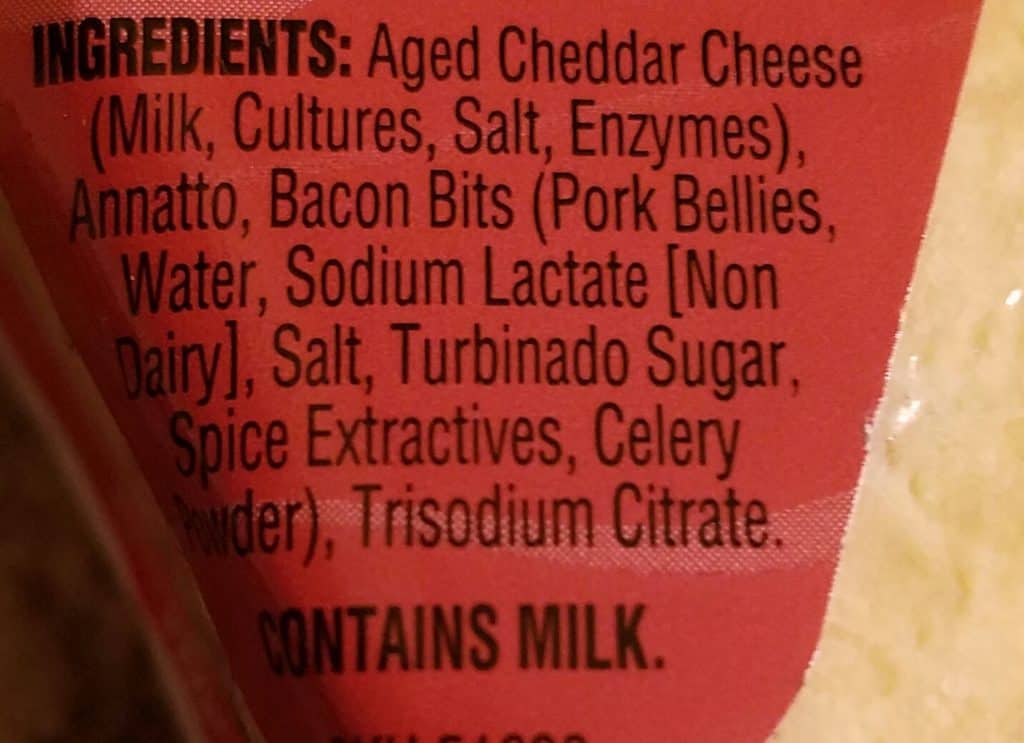 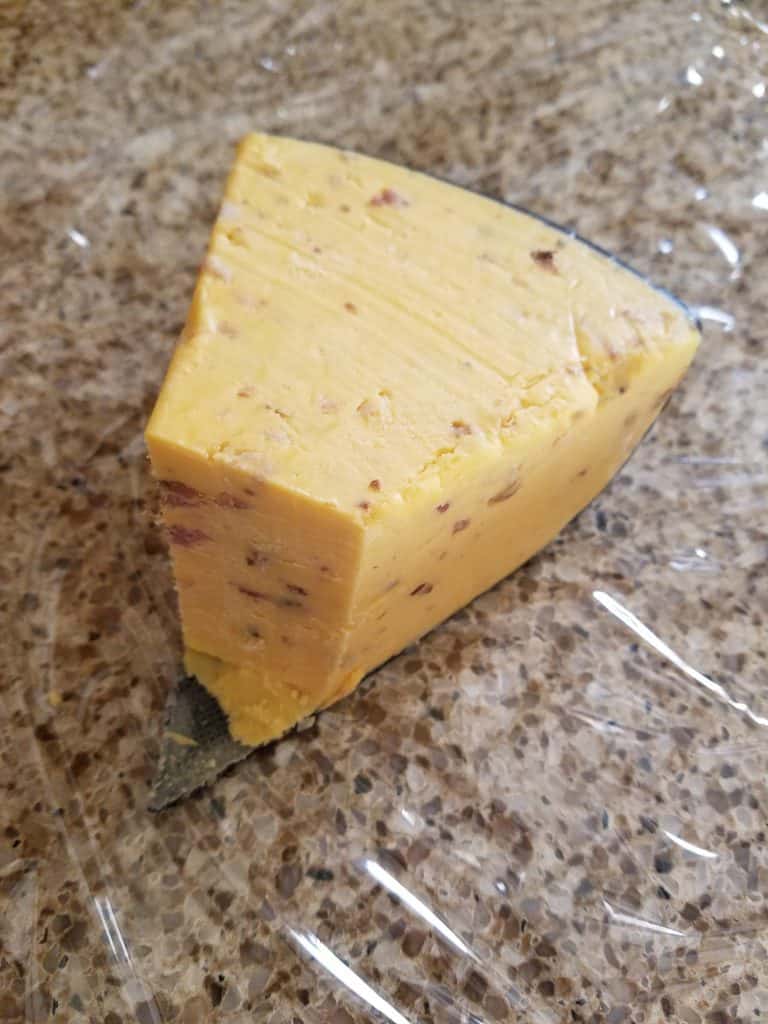 Would I buy this again? Oh yes. Trader Joe's Bacon Cheddar Cheese was awesome by itself and mixed into a scrambled egg. I can imagine some other fascinating uses like grilled cheese or over a salad. It melted quickly into an egg so this chunk of cheese won't last long. As it's one of the better cheeses I've had from the cheese section in the refrigerated aisle.