The pros: Trader Joe's Pad Thai Noodles is vegan if that's a concern for you. It's ready in 2 minutes.

The cons:  It's vegan which means that some of the familiar seafood/fish flavors will be absent here. While the ingredients say scallions, I couldn't detect any in here as this dish lacked any freshness.

The verdict:  For $1.99, you'll have to read more into the title of this. It's noodles and Pad Thai sauce, but lacks any form of vegetables. Not spicy. It's not inedible, it's just a lot of pasta with nothing but sauce to break it up. The spice level is mild. The pasta is very blah and more mushy that I would like. For $1.99 I wouldn't chose to buy this again. I might keep one at my desk as a meal of last resort. Meaning, I can't leave to get food or I'm too broke too. You get what you pay for here. It's not fresh the way a true Pad Thai should be, but if you read this carefully its more just sauce and pasta. I'd say pass on buying this one. I'd rather see the shelf space be given to something else. It's a shame too, because I know that Trader Joe's could be capable of a really well done Thai dish, in the same way they have done for their Indian cuisine section. 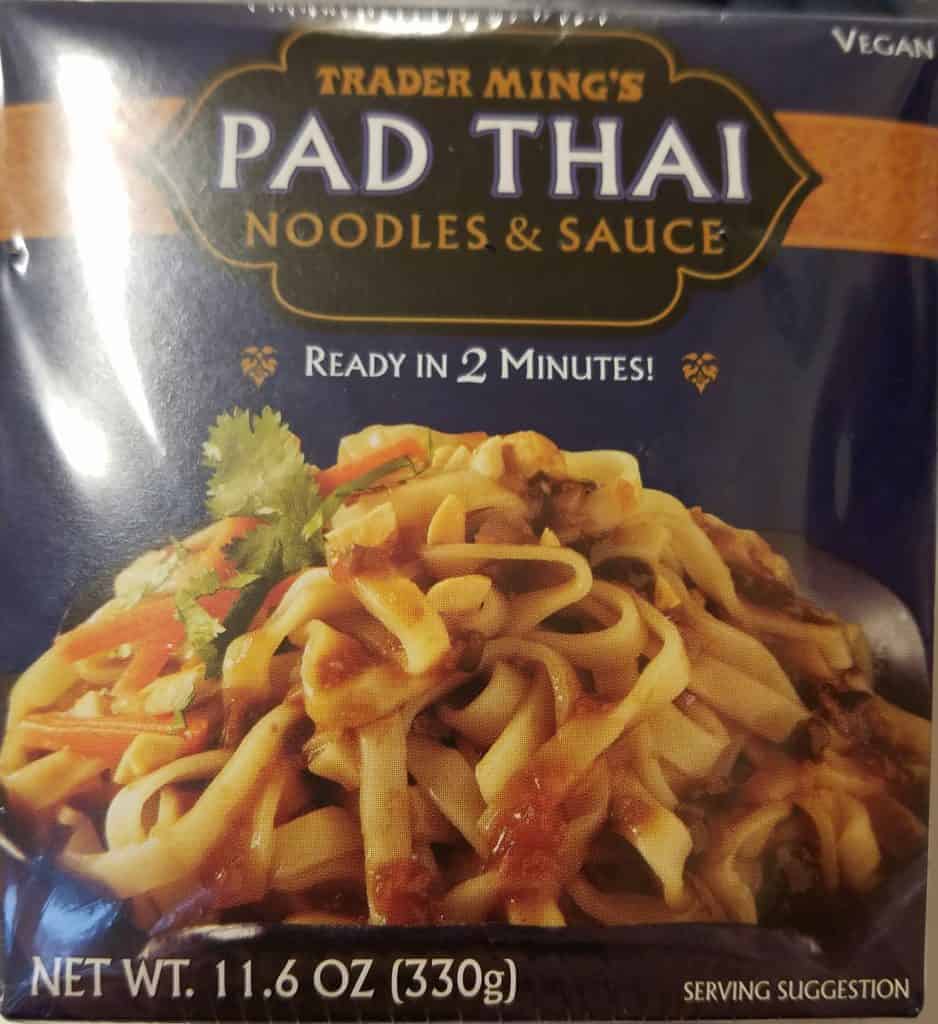 The ingredients and how to prepare: 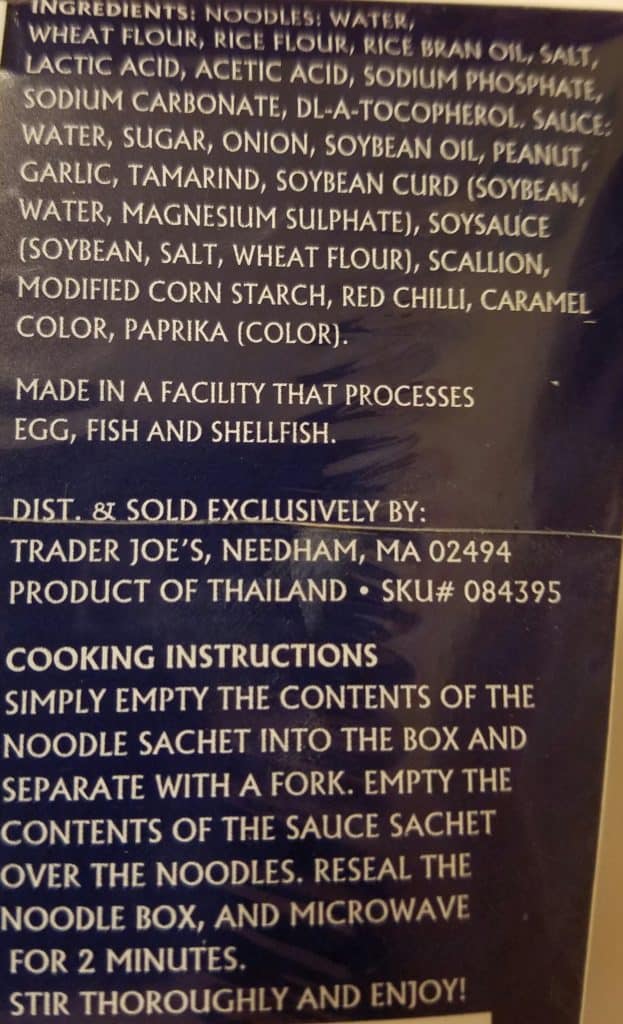 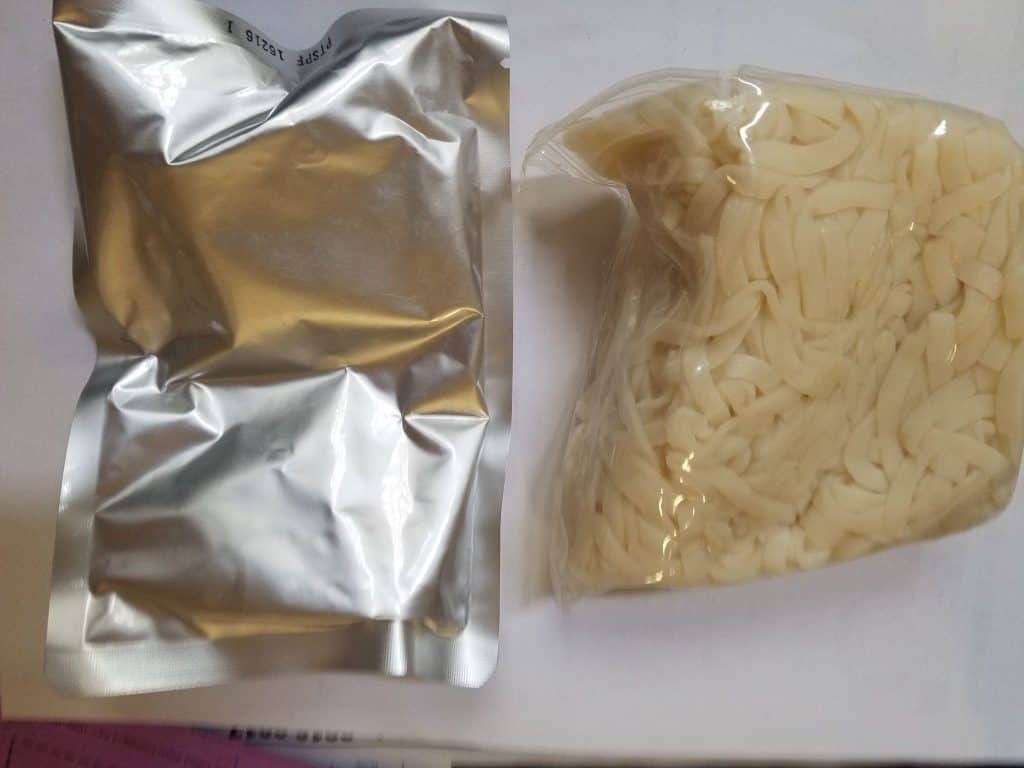 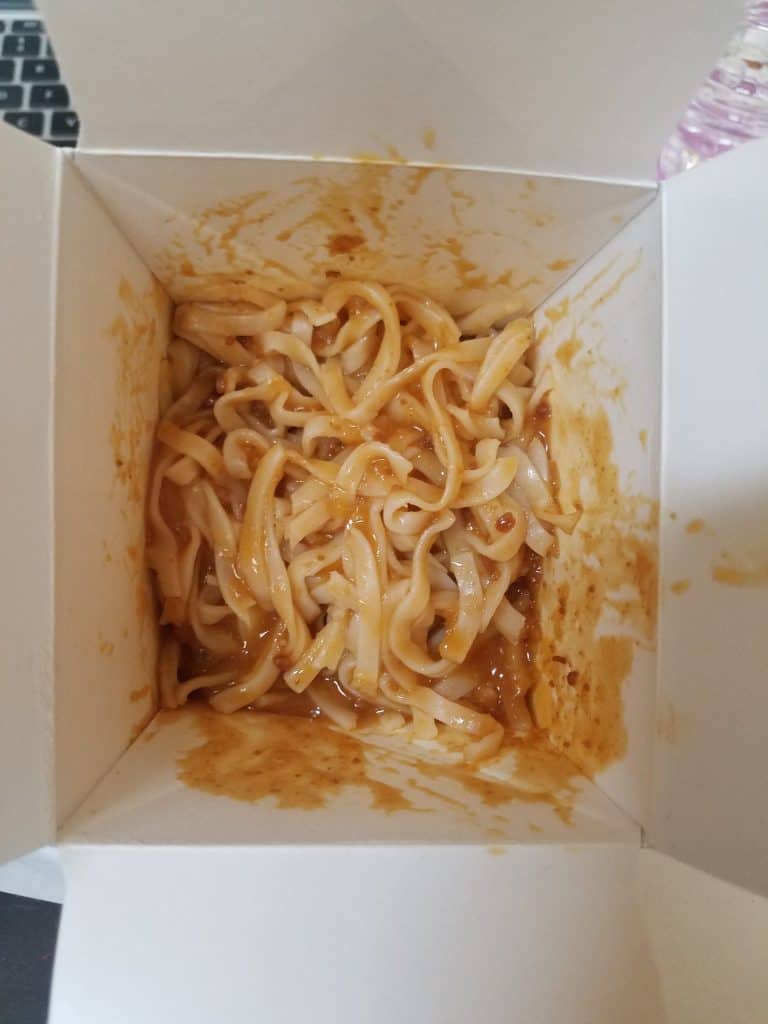 Would I buy this again? Nope. If Trader Joe's Pad Thai Noodles were half the price sure, but even $2 was too much for not enough here. It's a cool concept to make your lunch in a takeout container, but it lacked too much of what makes a Pad Thai what it is. You are probably better off keeping a soup container in your desk drawer than having this. If you were able to add veggies to this, it's tolerable, but it's definitely not my favorite and I wouldn't ask anyone to go out and try this.