There are currently two varieties of Kale Chips available: Trader Joe's Seasoned Kale Chips and Trader Joe's Nacho Kale Chips. Which should you buy? I preferred the Nacho, but these weren't bad as an alternative. They were salty, crisp and nutritionally a bit better than potato chips.

The pros:  Trader Joe's Seasoned Kale Chips are tasty and come in a resealable bag. You'll want some portion control with this product.

The cons:  These cost almost $32 per pound which makes them expensive. They have about as many calories as a bag of potato chips.

The verdict:  For $3.99 you get a 2 ounce bag which has kale chips of varying sizes. The kale is as crisp as a potato chip. Nutritionally, this has some similarities to potato chips as eating half the bag has just about as many calories.

Although you are getting the same number of calories, you are getting better ingredients and some nutrients here. The cashews add an almost cheesiness to this. Just be aware if there is anyone allergic to nuts. There is no cheese in this as it's vegan. While this shares some of the same seasonings as the Nacho flavor, this has the added flavor of Tahini.

If you've never had Tahini, it's sesame seed paste. It's a nice flavor. Both flavors are worth a try. I'd repurchase Trader Joe's Kale chips again, although I did have a preference for the Nacho. 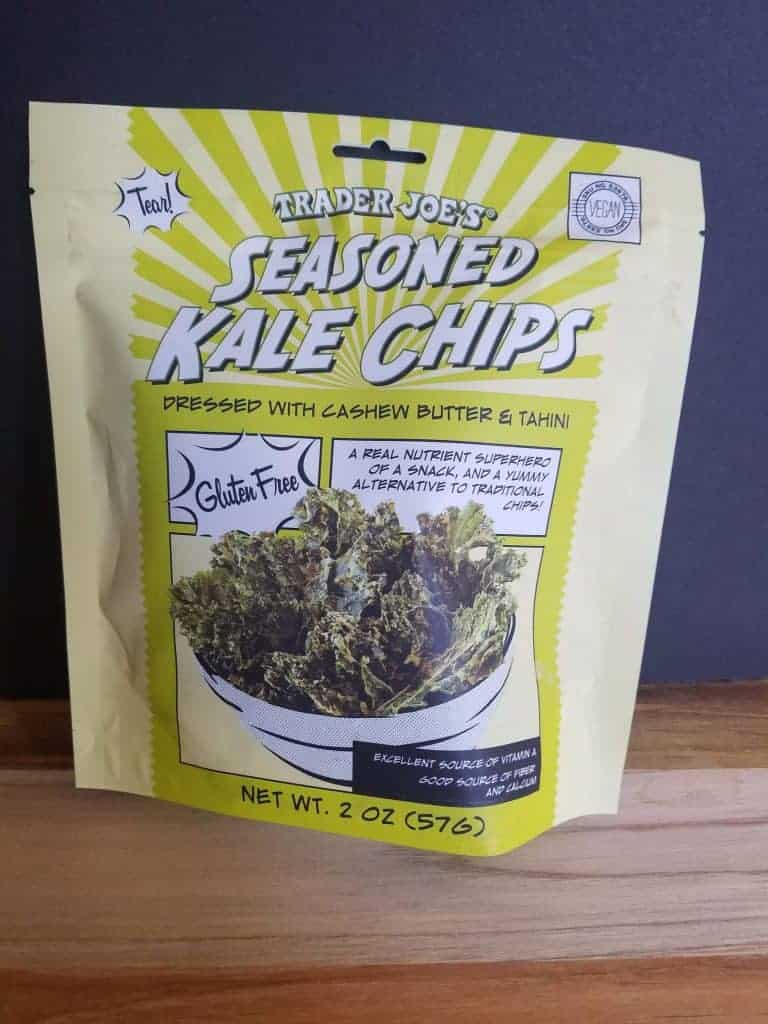 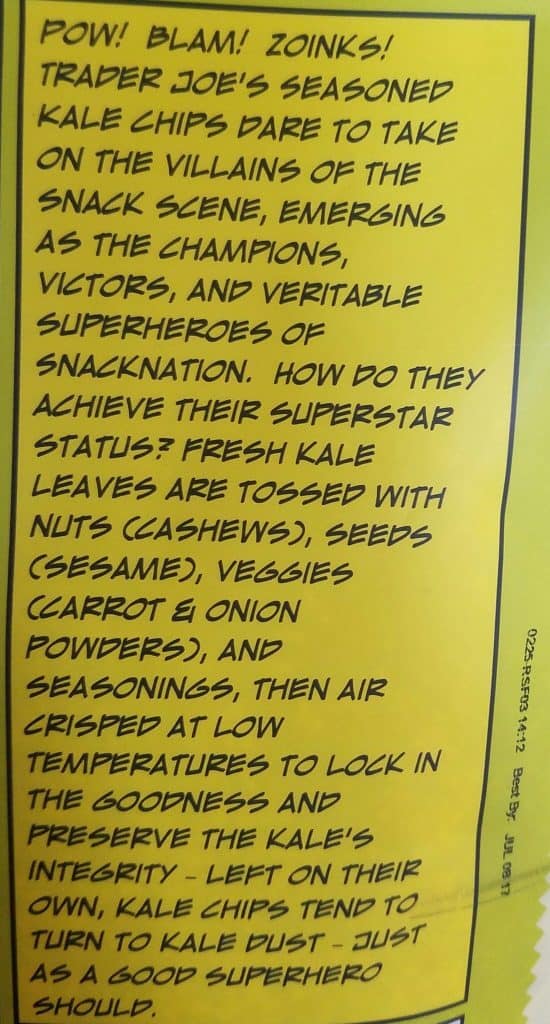 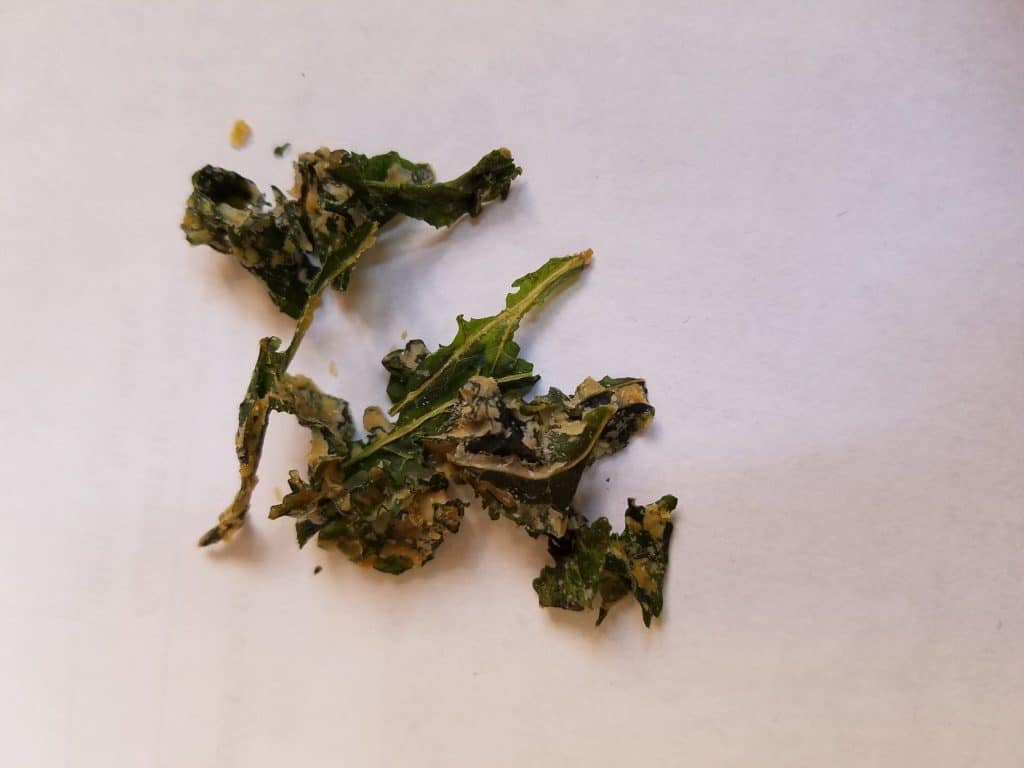 Would I buy this again?  For me, I preferred the Nacho Kale Chips more, but these didn't last long either. At almost $32 a pound, they don't make the weekly shopping list, but I'd buy them on occasion.