The cons:  Black pepper was overwhelming at some points. A bit pricey for a pound of roast chicken.

The verdict:  I'm very fortunate to live near not one, but three Trader Joe's within a short driving distance. I also live near Costco. I used to go to Costco before finding out about Trader Joe's. The main reason I used to visit Costco was to buy their rotisserie chicken. I was inexpensive, tasty and made for easy meals during the week. What I don't love about Costco is how long it can take to check out.

Fast forward a bit and I do most of my shopping at Trader Joe's because I can be in and out. To fill the void of the rotisserie chicken I decided to pick up Trader Joe's Simply Roast Chicken Breast instead for $6.99 for a one pound package. The chicken was very tender but suffered from one fatal product flaw.

If you look closely at the pictures, you will see large black specks. That is the pepper. It maybe simply seasoned, but is way over seasoned in the black pepper. Those super coarse grounds were overwhelming and palate numbing. So while the chicken was good, I had to carefully make sure the pepper was carefully scraped off.

While this will be tasty on a sandwich, salad or heated up, the pepper has the possibility if not probably of overwhelming the palate. I encountered a few that led to a coughing fit. So, overall it you are willing to scrape off some of the pepper or really love black pepper then this is a good choice. However, for me this suffers the same flaw as Trader Joe's Steakhouse Seasoned Filet Mignon with the overuse of pepper. For me, this is a try it once and done. It's edible with some caution, but it can be skipped. 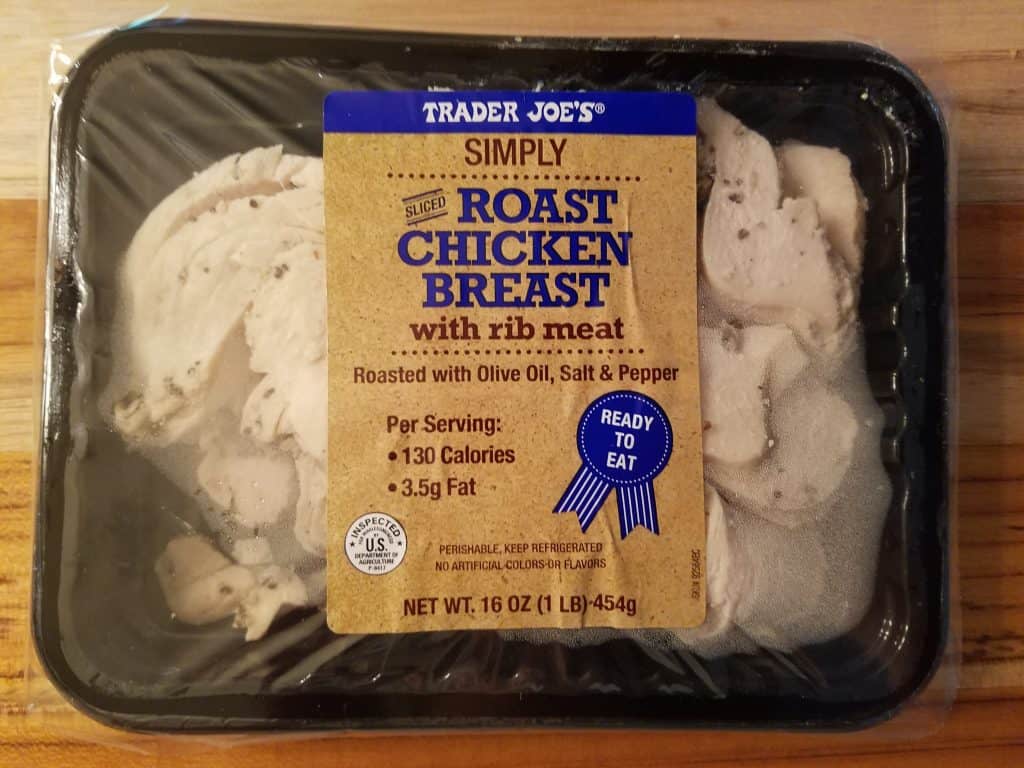 The nutritional information, the ingredients, how to prepare and how Trader Joe's describes this product: 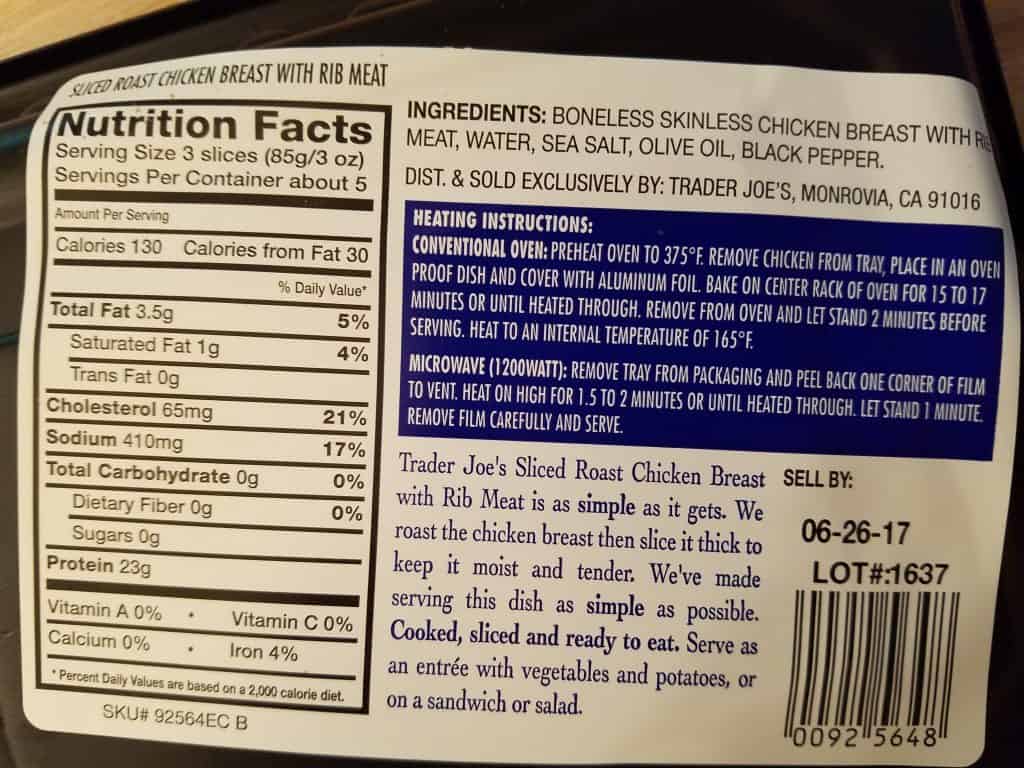 Would I buy this again? This was easy, but not as good at a Costco rotisserie chicken. The pepper was a deal breaker for me. 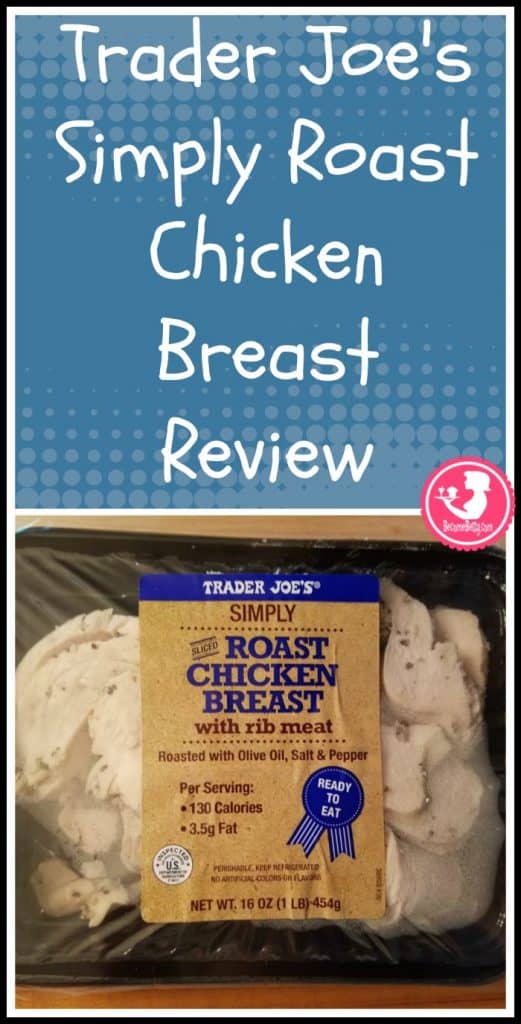