The cons:  If you want gravy with this, you'll have to bring it in. There were no juices to speak of here. Recipe is heavy-handed with the black pepper.

The verdict:  We are a participant in the Amazon Services LLC Associates Program, an affiliate advertising program designed to provide a means for us to earn fees by linking to Amazon.com and affiliated sites.

For $17.99 per pound (mine cost me $31.48) so it is an expensive cut of meat. When you first open the package, the smell of garlic, pepper and beef are all present and strong in all the right ways. Bring it up to room temperature before cooking to make sure you are dealing with the desired doneness. 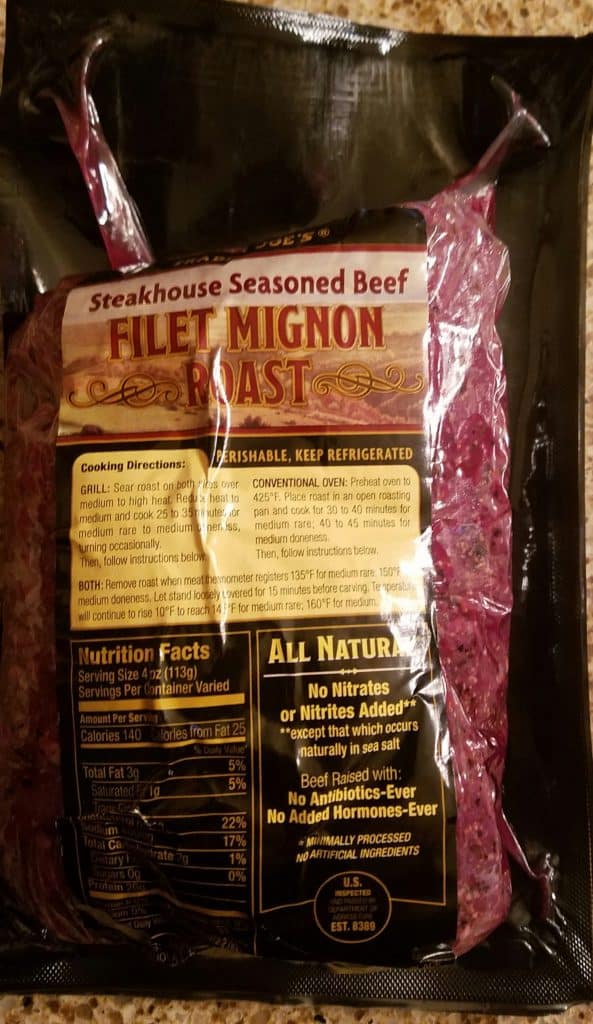 The ingredients (black pepper and canola oil are the words cut off): 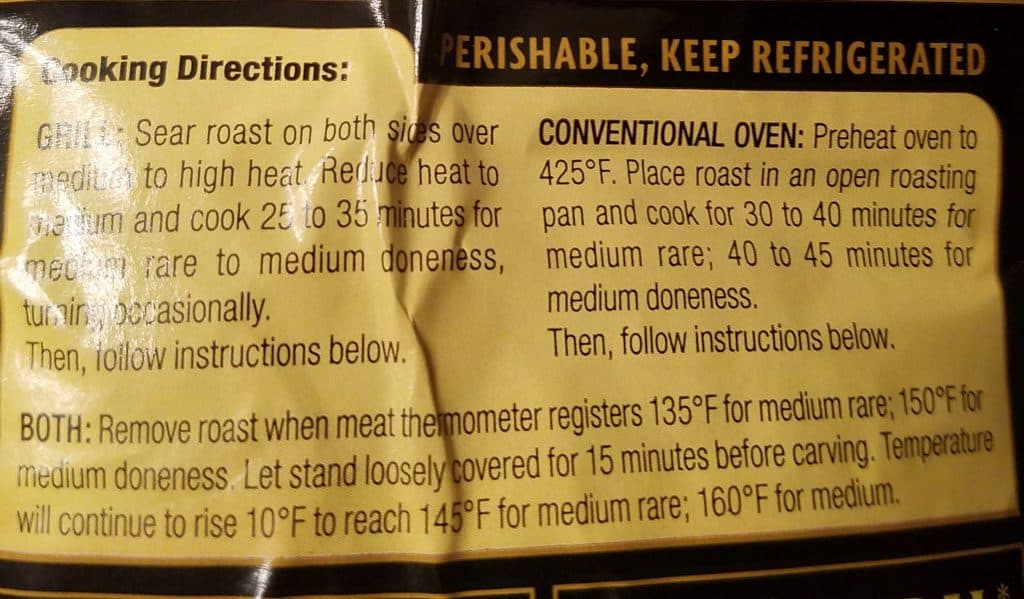 I opted to cook mine in the oven. I don't own a roasting pan but I do own something that can serve as one. I put a bed of carrots on the bottom to see if I can catch any juices to possibly make a gravy. The answer for the gravy was a big fat no. There is literally no fat on this cut of meat: 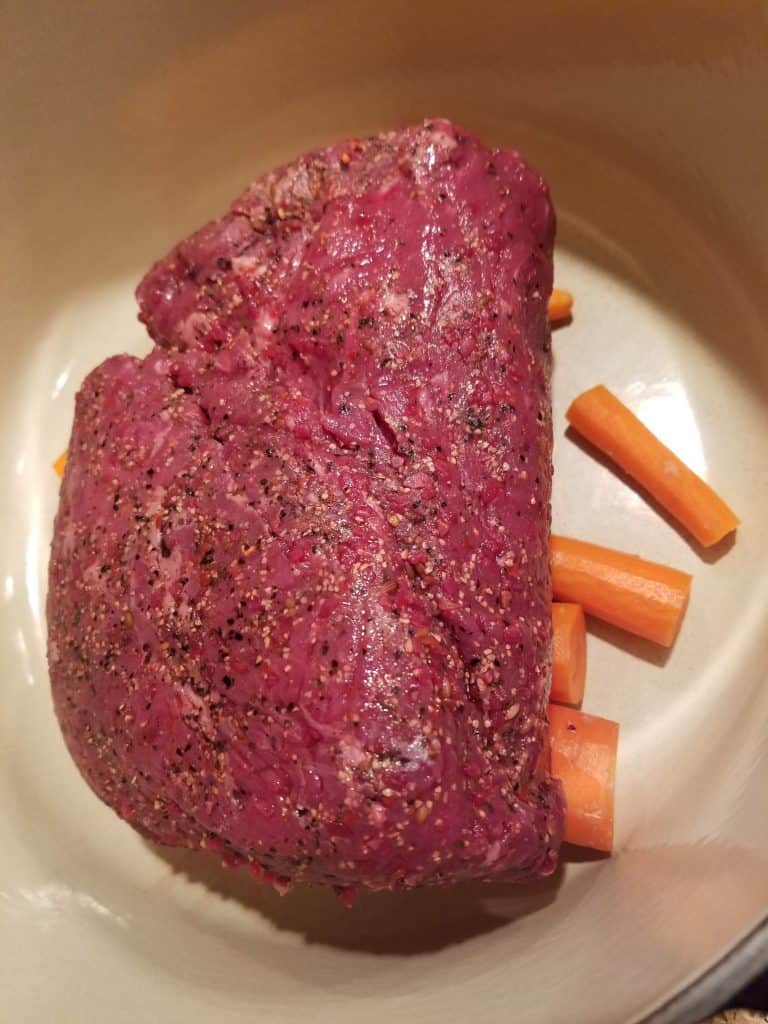 I placed the meat on the carrots: 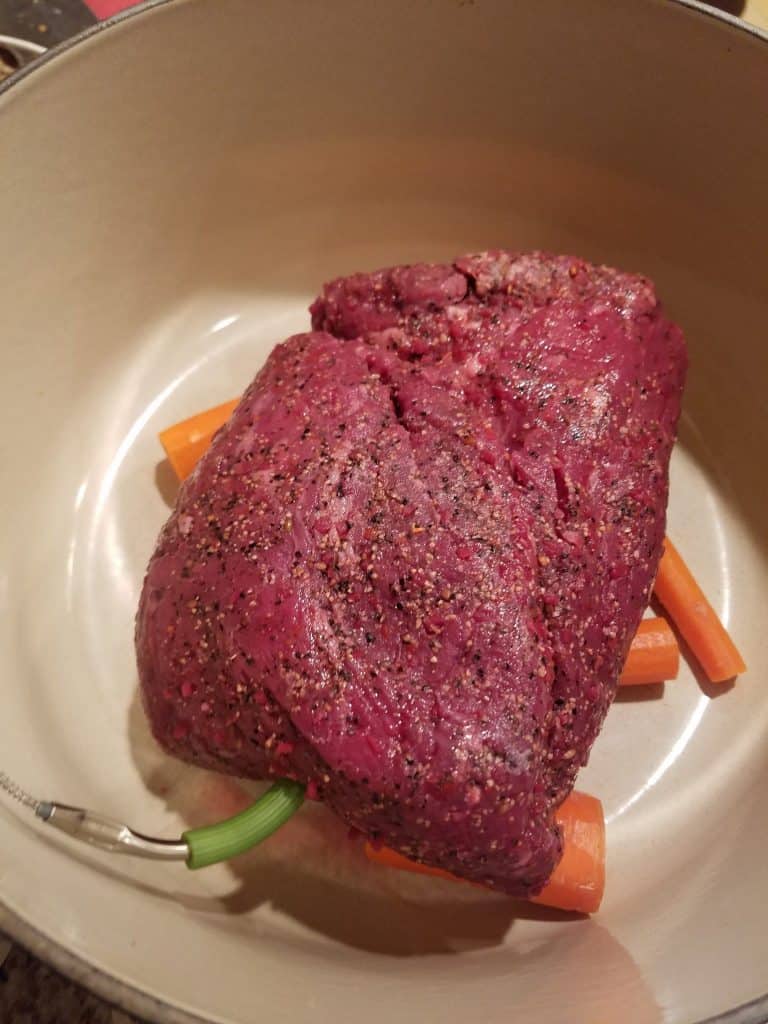 I also use a digital thermometer called iDevices Kitchen Thermometer so I would only open the oven when it was time. If you are wondering why my meat is 61 degrees, I took it out of the refrigerator to come up to room temperature before cooking: 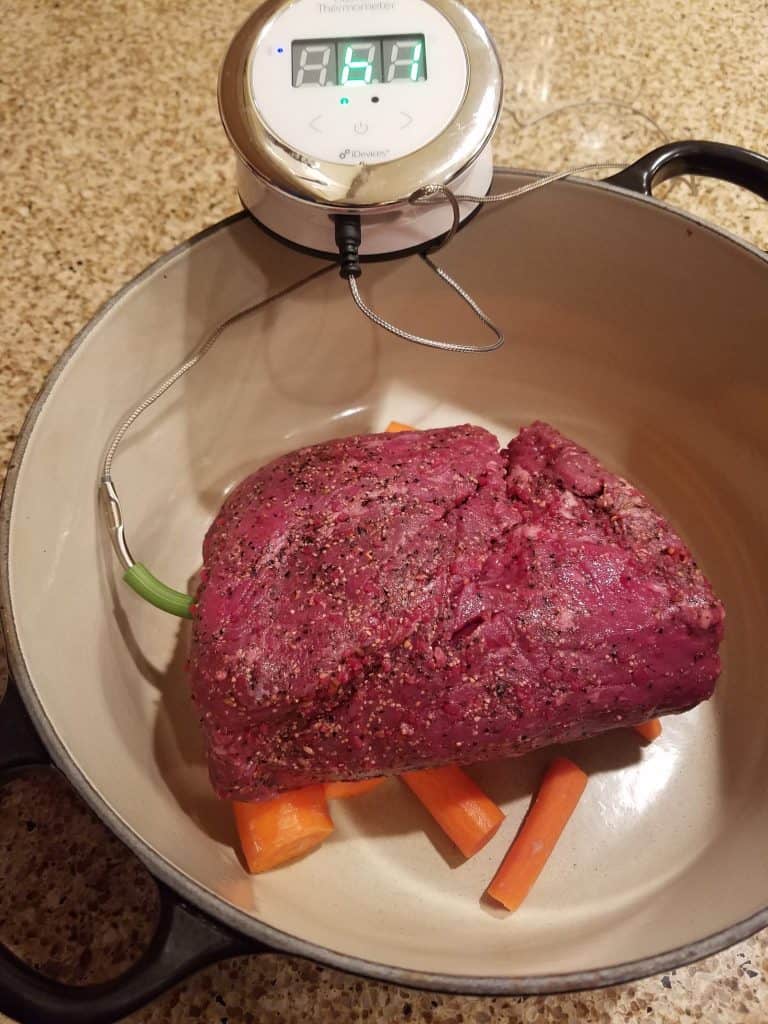 My timer went off and yes, that device connects to your phone so you don't do something stupid like say "hey what's that burning smell?" It even beeps when it's just 10 degrees away from being done. For the price, if it can save one or two pieces of meat from disaster, it's paid for itself. And yes, it's pictured in Trader Joe’s Frozen Rack of Lamb as well. Just be aware of where the probe is placed. That's the make or break in using it properly. The app is called Weber iGrill. 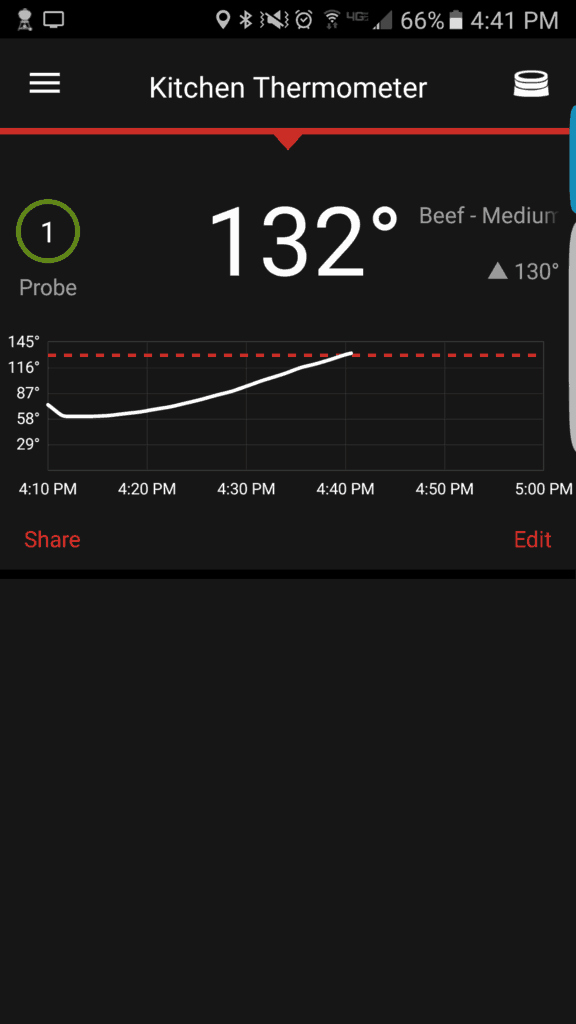 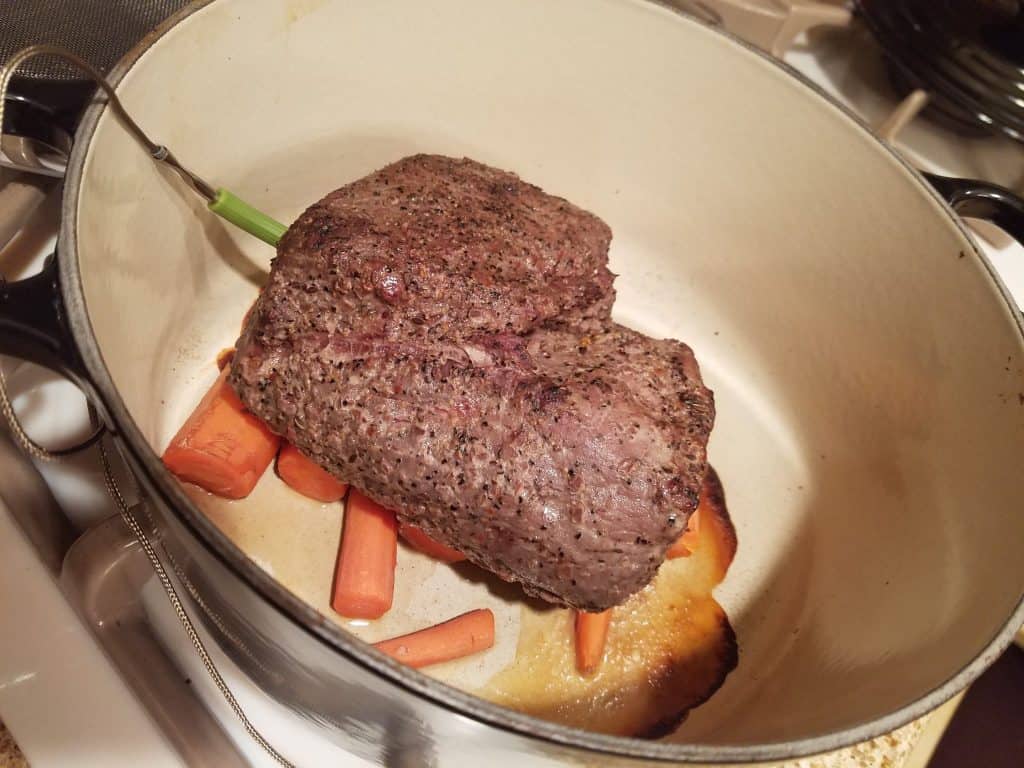 After letting it rest and covered loosely in tin foil for about 10 minutes, I cut into my bounty: 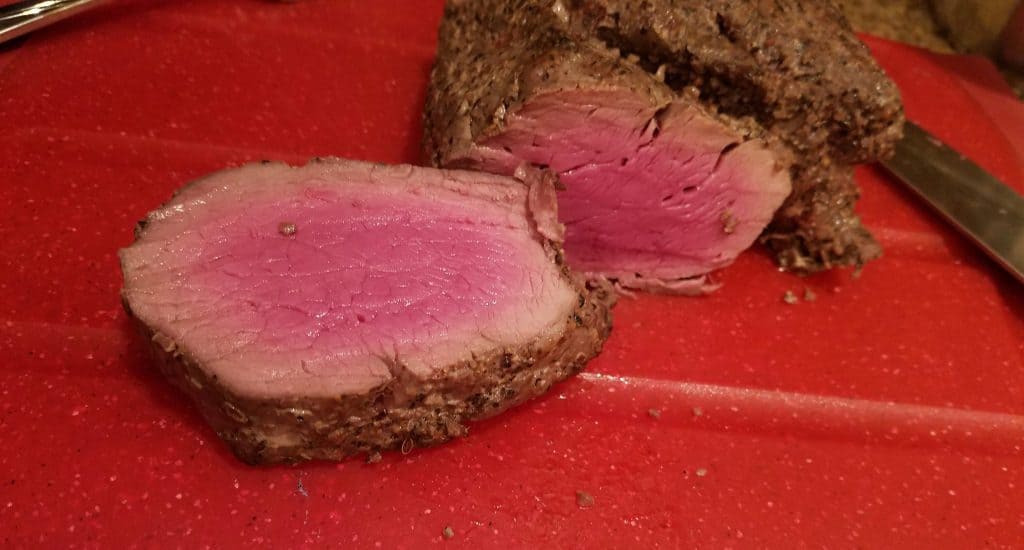 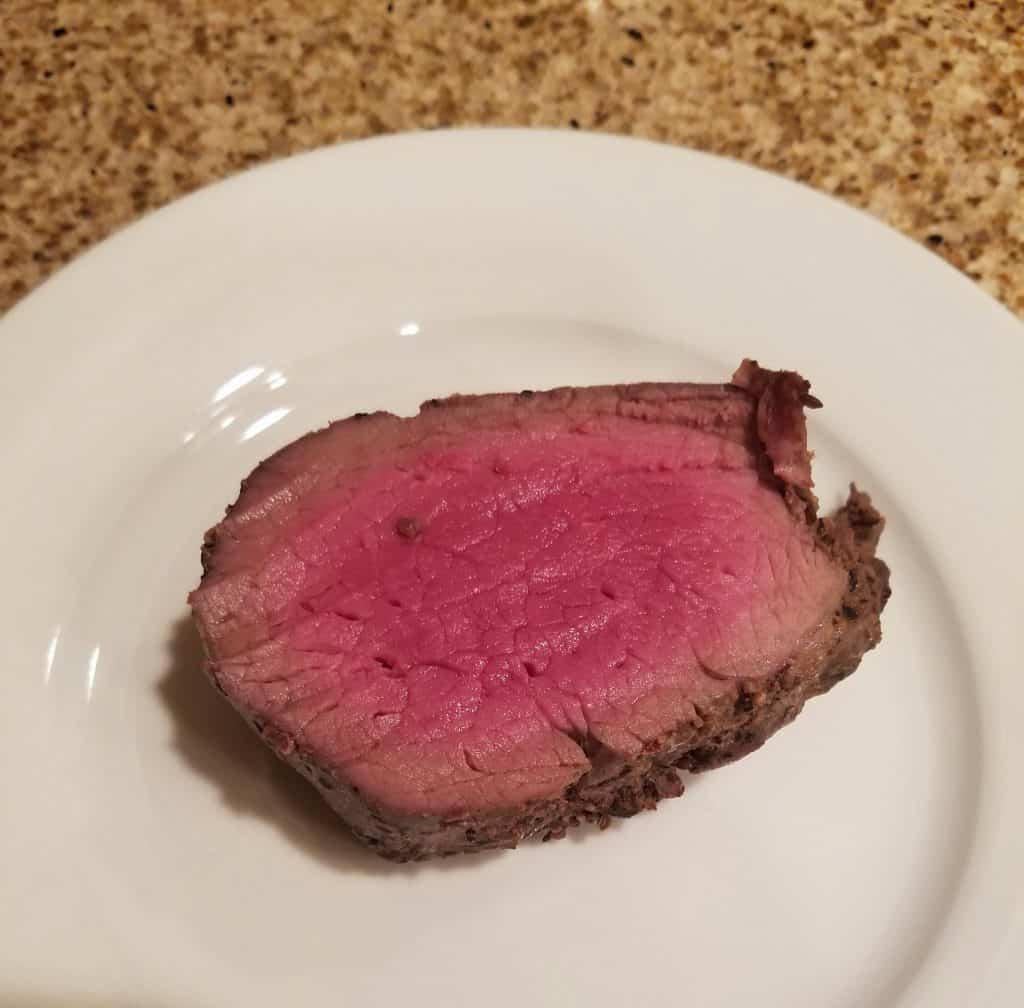 Would I buy this again? Yes. If I were rich, I'd buy it all the time. I'm not rich, but I know that this cooks well, tastes great and is easy to prepare, so I'll buy it when I want a treat. Perhaps something for the holidays or New Years. This was far better tasting than other expensive items at Trader Joe's like Trader Joe’s Stuffed Lobster Halves filled with Lobster, Crab, and Langostinos. That was $17 for a lobster that was half missing and mostly bread stuffing. This protein was luxurious and delicious, plus I truly feel it was worth the money and will serve far more than just one person. The seasoning on Trader Joe's Steakhouse Seasoned Filet Mignon is good. If you haven't invested in a good thermometer, it's time to think about it. Mine would have been closer to medium rather than medium rare had I let it go to the full 30-40 minutes like the packaging said. Just some food for thought.