The pros: Trader Joe's Sweet Corn, Burrata and Basil Ravioli is the newest addition to Trader Joe's fresh pasta items. It's very pretty to look at. The cheese and basil were nice.

The cons: Not much of a burrata taste and the corn is whole.

The verdict:  At this point I can say that I've tried almost all the fresh pasta available at Trader Joe's. So I was excited to hear that there was a new flavor coming out that had corn, burrata and basil. As an added bonus, visually it also appears very artisanal with the orange hued strip going down the middle of the pasta.

Priced at $3.49, this is in the same range as their other fresh pastas. It cooks quickly. Since it is fresh pasta, you won't want this sitting in your refrigerator too long either. Cooking only takes 5 minutes for nice tender pasta. The pasta was consistently good, but for it to be a good ravioli it has to have some well made filling.

The filling was interesting. I've recently reviewed Trader Joe's Burrata and it was on par with what you can get at a solid cheese shop. When it bit into this, I felt like it was all ricotta. It did not have that tender, smooth, and creamy filling. The basil appeared to be dried basil (at least that's how it looked after being cooked). The odd ball item in this pasta was the corn.

I assumed (mistakingly) that this would somehow be blended into the ingredients. Instead, I was greeted by whole kernels. While it added texture, it didn't add anything to the pasta. There is not a ton of room for filling and the corn took up a good amount of room here. As a flavor combination it was good, but did not reach the level of great. I think it would have been far more successful if they had even taken the simple step of cutting the corn further to make it part of a cohesive filling.

Overall, the flavor was good, the filling was half thought out, but I liked it. It wasn't bad, but I'm probably not going to reach for it as a first choice. As for a sauce, this is a blank canvas and there wouldn't be too many flavors that clash here. I had mine with olive oil, but butter, red sauce, and white sauces would also work here. And yes, some extra basil would give this the added freshness that it deserves.

So here is the quick visual run down of what  you are getting if you buy this product. 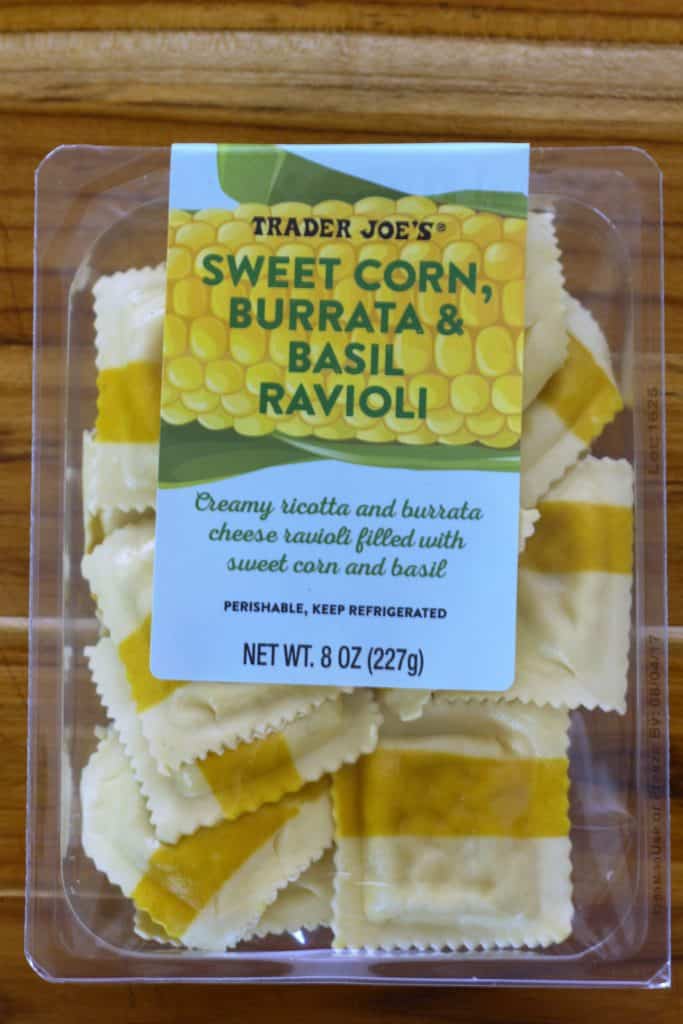 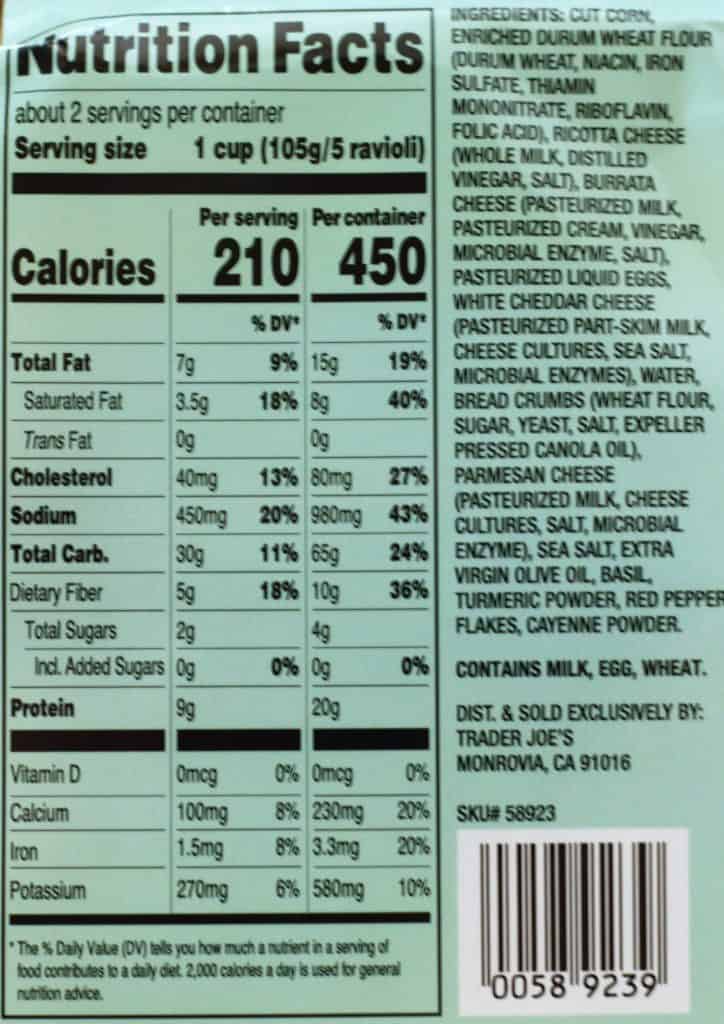 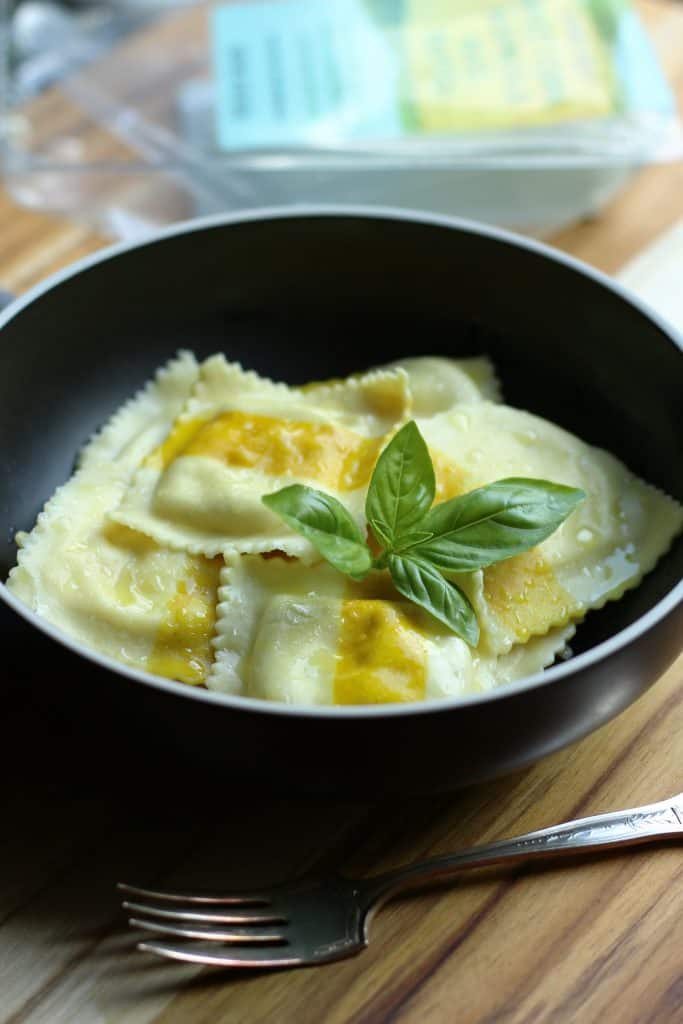 Would I buy this again? Trader Joe's Sweet Corn, Burrata and Basil Ravioli did not wow me. There are some really solid options in the pasta aisle and I think they could have done a better job incorporating the corn into the filling.