The pros: Trader Joe's Lobster Tails are new to the freezer section and are one of two frozen lobster options that are available for the holiday season.

The cons:  Lobster isn't cheap. This is less pricey than the other lobster option in the freezer aisle. These too are a seasonal item usually located next to Trader Joe's Black Tiger Shrimp.

The verdict:  A Tale of Two Lobsters. Or should I say, A Tail of Two Lobsters. Yes, the holiday season is completely underway at Trader Joe's. This is when a lot of items get shifted around. One such section is without a doubt the seafood section. Last year I had the chance to review Trader Joe's Stuffed Lobster. One of my biggest complaints was that the lobster they sold did not include the claw (which is my favorite part), plus it was price above what my local fish store would get for a whole stuffed lobster anyway. Trader Joe's Stuffed Lobster also sells for $7 more than these two frozen tails.

Now, a quick moment of honesty. I think most of us like the taste of lobster, but don't wish to "do the deed" when it comes to fresh lobster. So frozen becomes the go to when I have my cowardly moments. Now, I already know that my Instagram followers from Maine have already commented on them not wanting to buy this because, well, they are from Maine and have access to Maine Lobster. So what exactly is the difference between Maine Lobster and say Canadian Lobster?

Your liking of this will depend mostly on you and your skills. Yes, there is a bit of technique needed here. Now, to prevent curling of the tails you can go in one of two directions: skewer it or use a pair of kitchen shears, loosen the meat and cradle it back on the shell. The directions for butterflying this are mentioned on the back of this package. I opted for the second method of butterflying it to keep the shells from curling and I broiled mine. With some salt, pepper, paprika, and melted butter mine were prepped and ready for the broiler. The shells were firm, but nothing a pair of kitchen shears couldn't handle. After a 5 minute broil, I had lobster awesomeness. The meat was tender and flavorful. It was a really solid homemade dinner.

For $9.99 these aren't cheap, but with a little technique they are relatively reasonably priced and tasty. Compared to what you might pay at a restaurant these are a steal. To Maine lobster aficionados, they might never live up to what the fisherman just caught, but for a frozen lobster tail these are very good. Just be sure to not overcook these and you'll find this a delicious, but sadly seasonal treat in the freezer aisle. Yes, I would totally buy these again. 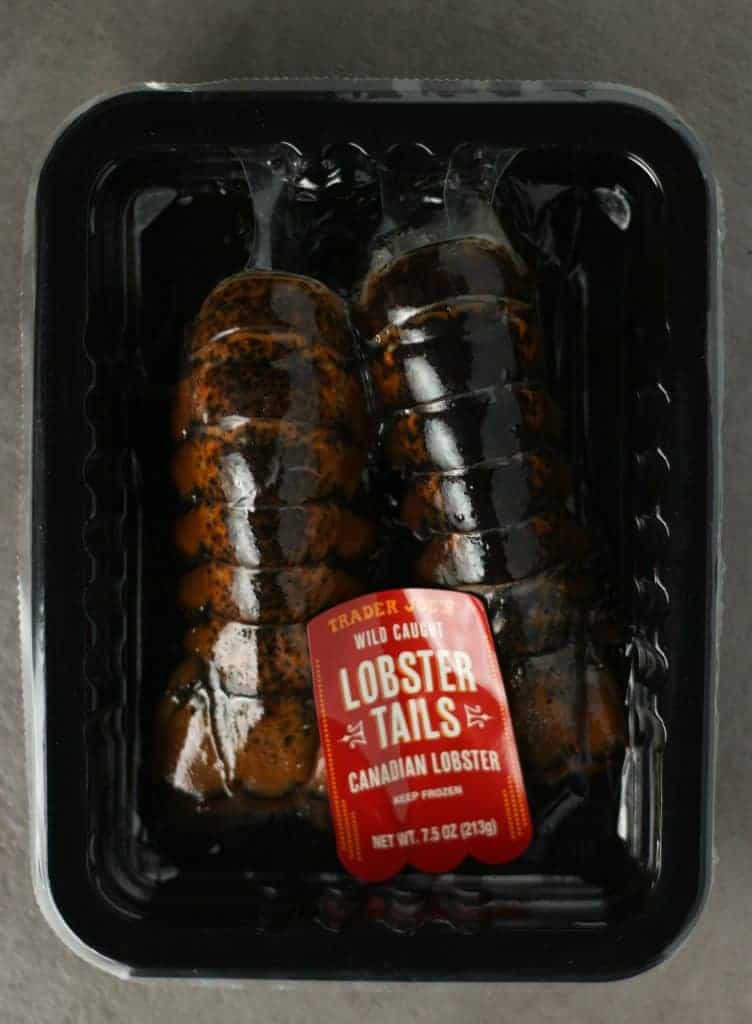 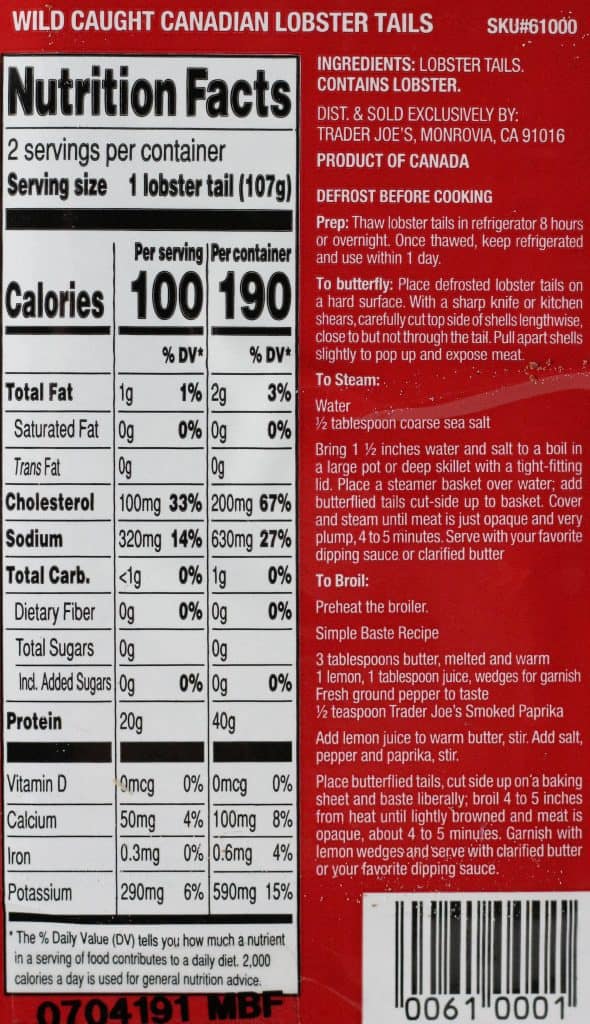 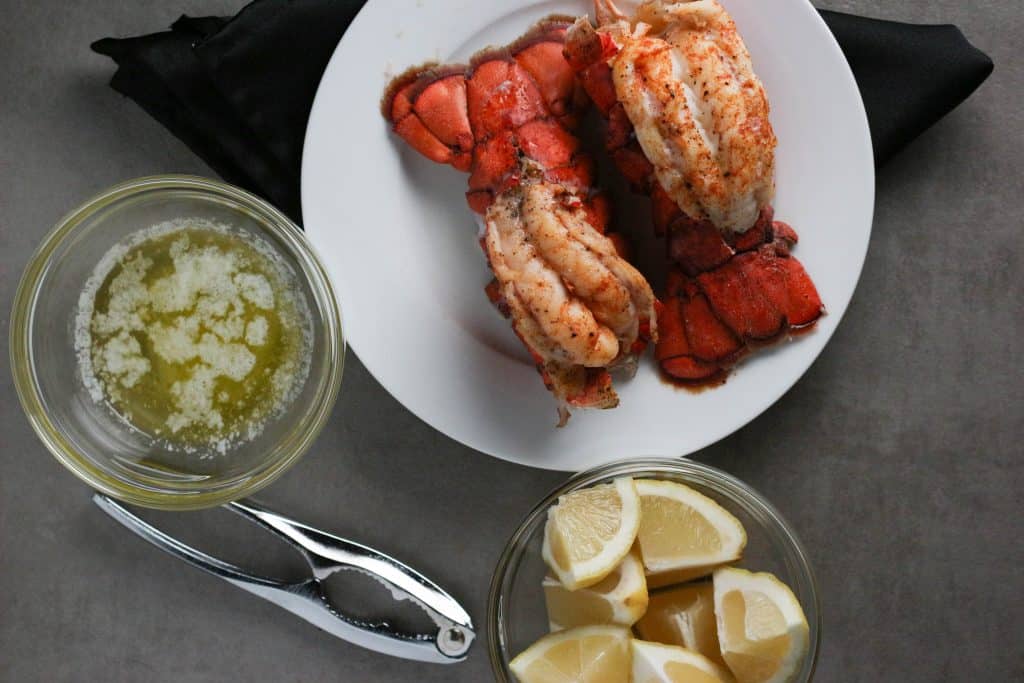 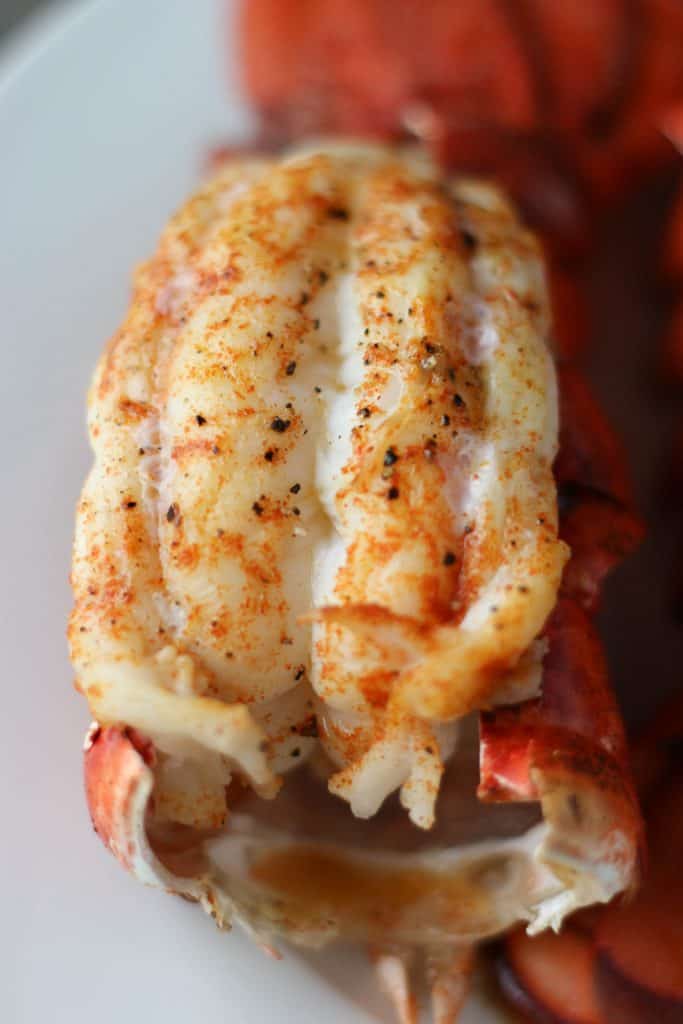 Would I buy this again? Yes, I would buy Trader Joe's Lobster Tails again. These made for a quick and easy dinner for one.