The pros:  Trader Joe's Sriracha Shrimp Bowl is new to the frozen aisle and is a pretty good entree option that has a reasonable amount of calories.

The cons:  While this is an improvement over so many of the single serve entrees, it wasn't something that would be difficult to make on your own.

The verdict:  This blog got its start by reviewing single serve meals. The vast majority of the Indian meals are awesome such as the Chicken Tikka Masala, Paneer Tikka Masala, Fish Korma, and Lamb Vindaloo. The single serve pasta entrees are just ok, but nothing special other than the inexpensive price tag. The chicken burrito bowl was fresh tasting, but a bit bland.

This shrimp bowl isn't bland. It's fresh tasting. The brown and red rice seemed plentiful and filling. It was firm and nutty tasting. There were lots of veggies. And yes, you better like baby corn because there are lots of them.

The shrimp cooked to a tiny size, but that might have been what the microwave left me with. There was a good amount of sriracha for heat, but not enough to render it inedible. I may leave some heat junkies reaching for the bottle of hot sauce anyway.

So what is my issue with this bowl? It's nothing that you couldn't make at home with a bit of meal prep. If you were to pick up brown rice, a stir fry blend, and some shrimp (and any shrimp you could buy in a bag would be bigger than these here), then you would have roughly the same meal that you have here. That to me is a bit of a bummer.

If I can make it at home, then all you are selling me is convenience. While it seems like a deal at $3.49 for a bowl with shrimp, it really isn't. This isn't like the yellow curry with jackfruit where I would not know where to start with preparing it. This could be replicated at home for way less and you'll have way less waste.

While there is nothing wrong with the taste, it doesn't stand out in any way either. It's a solid option if you aren't going to cook and are looking for meal that doesn't have a ton of calories in it. As for me, I'd rather buy a bag of Red Argentinian Shrimp or Blue Shrimp and have enjoy some delicious shrimp rather than the paltry ones in this package. With some brown rice, veggies, and sriracha you can yield a similar if not better result. 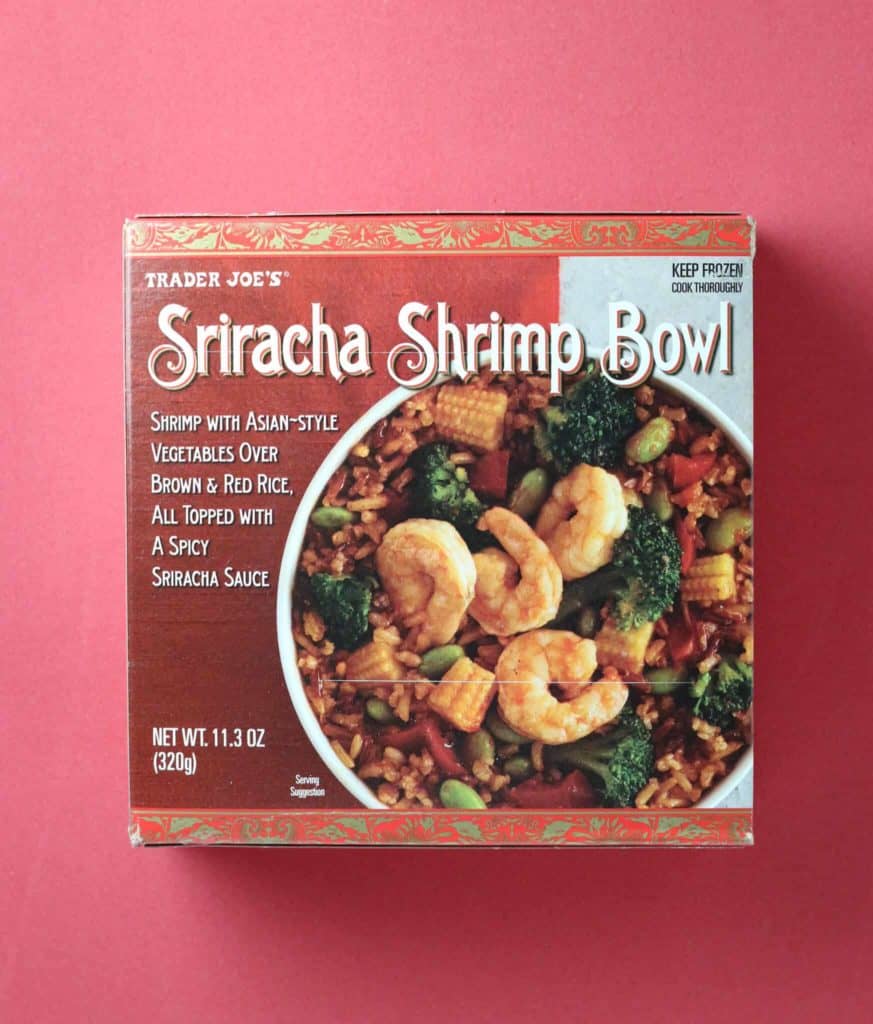 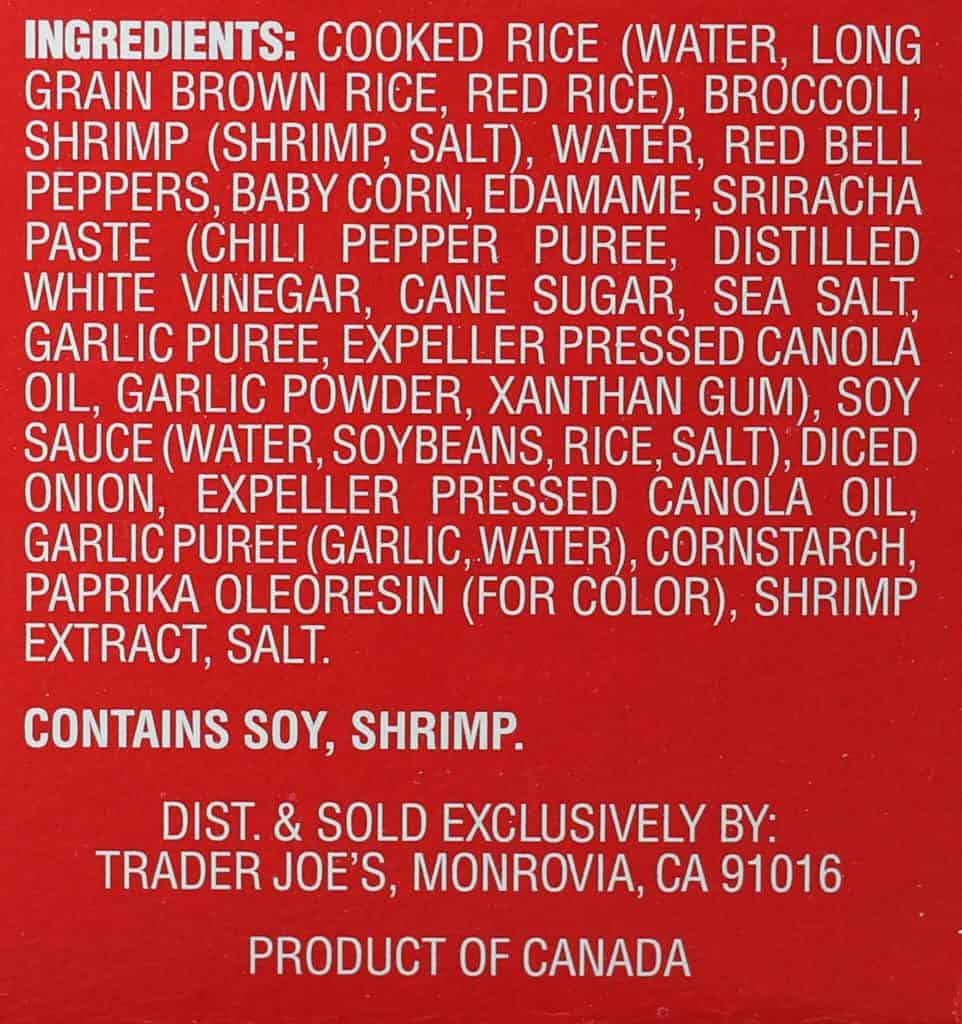 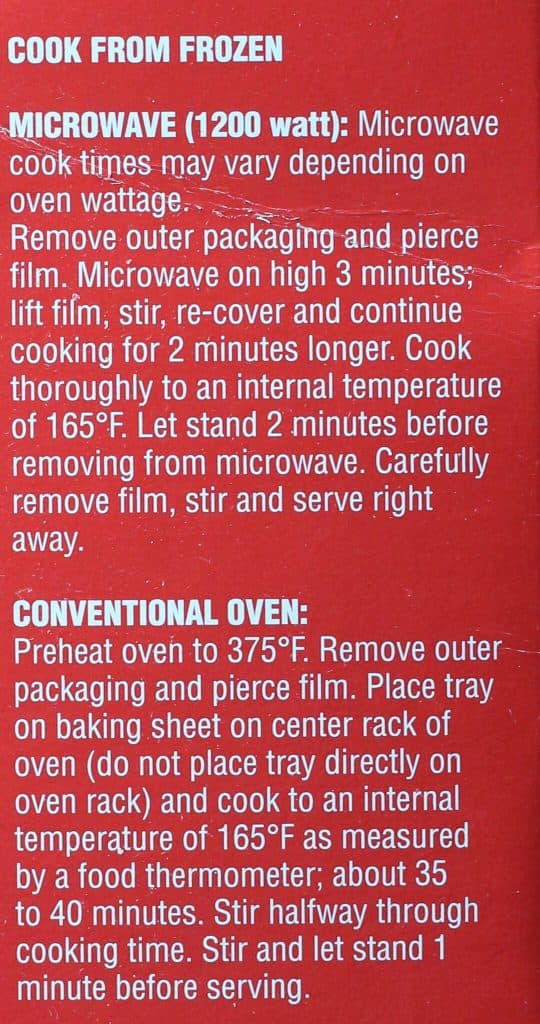 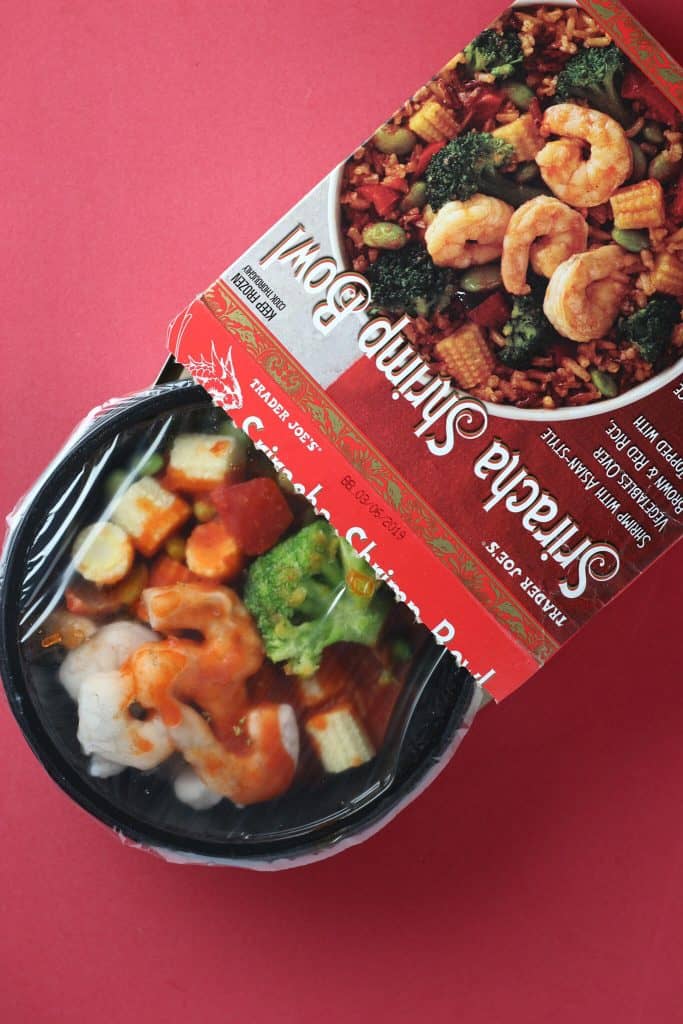 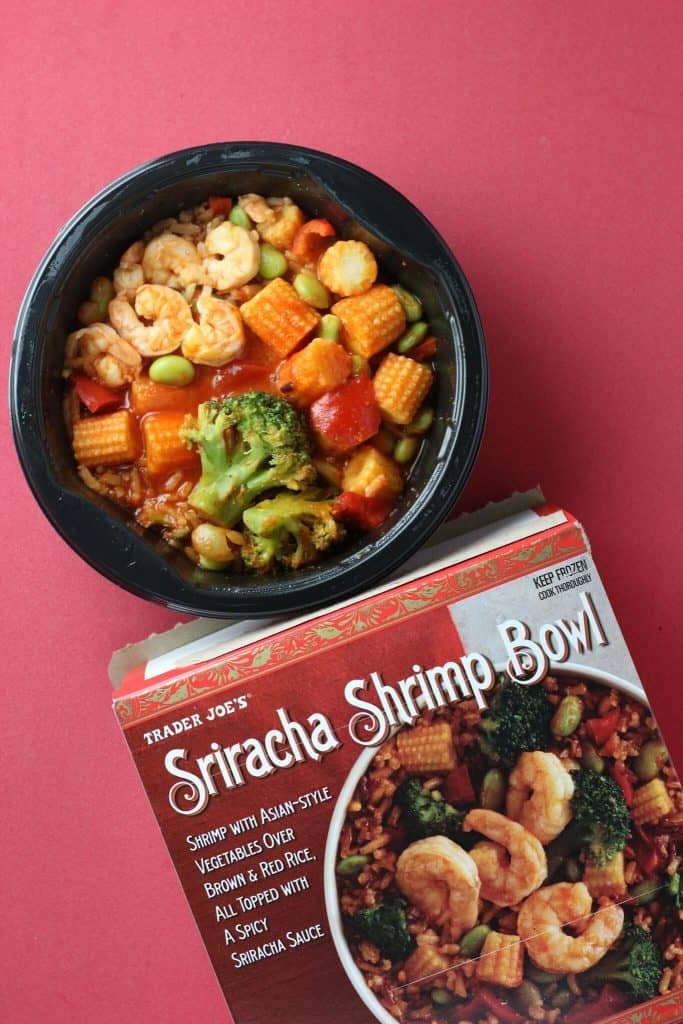 Would I buy this again? No, I would not buy Trader Joe's Sriracha Shrimp Bowl again. There is nothing fundamentally wrong with this product, but there is nothing that stood out about it either. With a little bit of meal prep, you could easily make this at home.