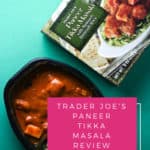 I've reviewed Trader Joe's Chicken Tikka Masala in the freezer section. In actuality, Trader Joe's Paneer Tikka Masala was the first Indian food I tried from their line of Indian cuisine in the freezer section. I looked at the picture, had no clue what Paneer was. I falsely assumed it was chicken somehow  I was genuinely fooled. It could very easily pass as the most tender chicken you'll ever eat (it's cheese by the way, not chicken). Paneer for anyone who is unfamiliar with it, is like a cottage cheese that is pressed into cubes much like a ricotta salata.

The sauce tastes nearly identical to the Chicken Tikka Masala. However, the difference is in the proteins and the rice. This comes with a delightful spinach basmati rice rather than plain rice. For $2.99 it is tasty, filling, and slightly less expensive that it's chicken tikka counterpart in the freezer section at $3.69.

Here is the box that they offer in the freezer section: 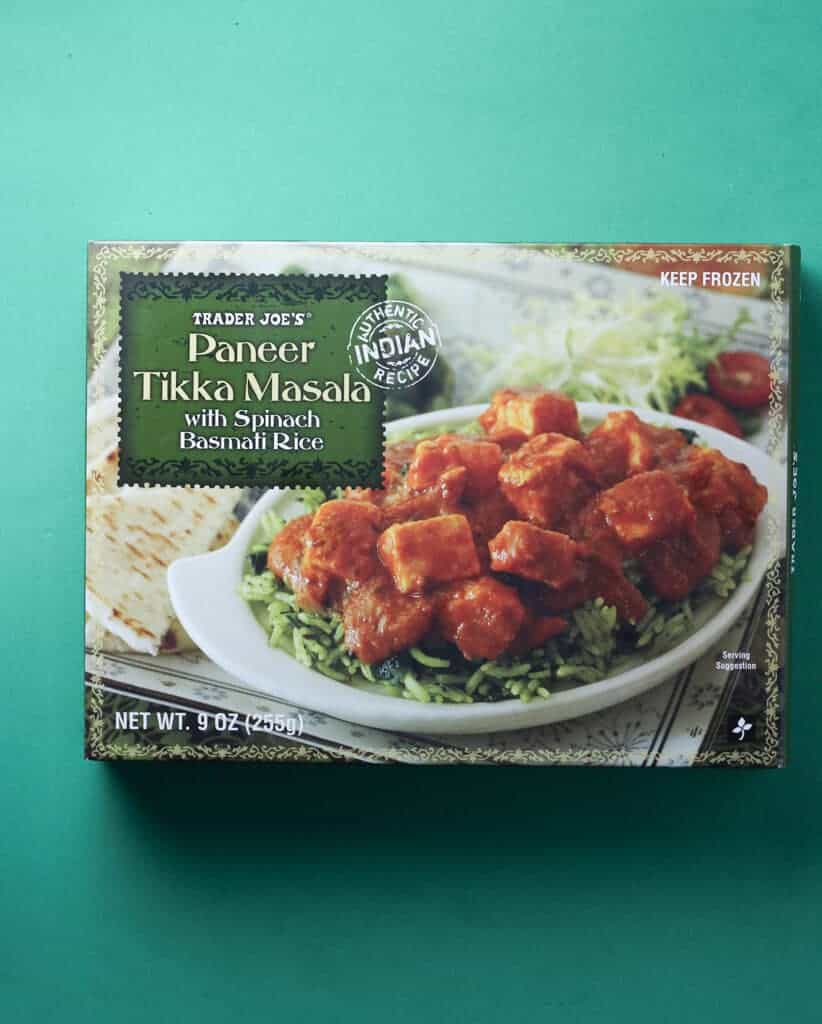 For those of you counting calories or wondering about ingredients, here you go: 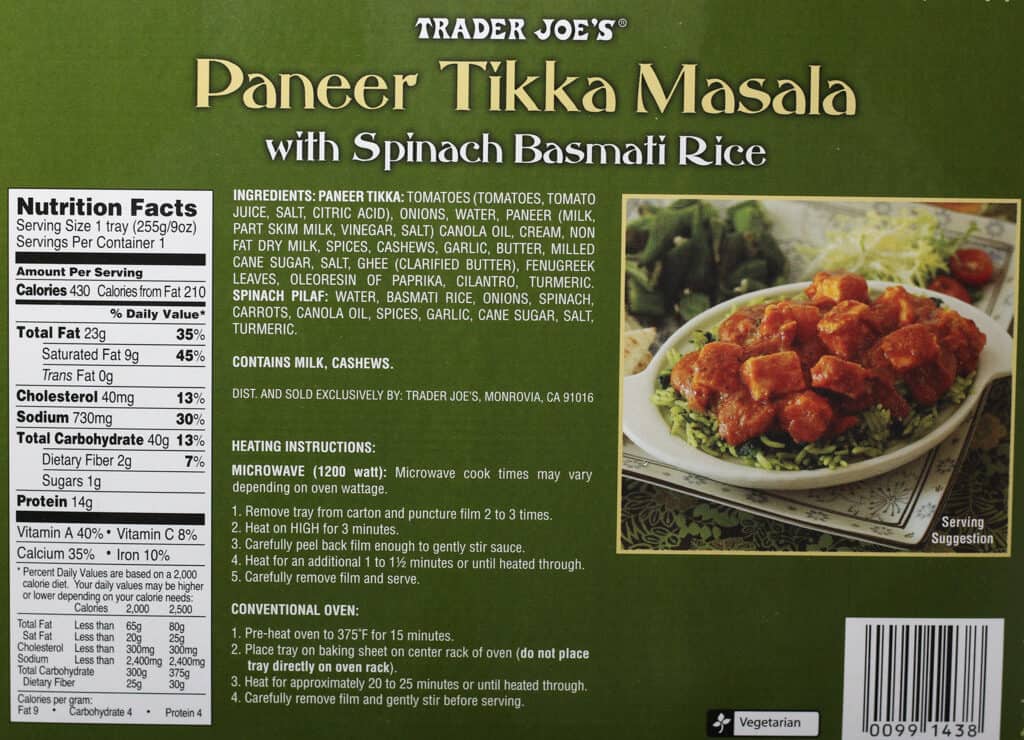 I'm eating this at work (as I frequently forget to pack a lunch). Yes, still cheaper than going out and getting something. I placed mine in the microwave for a full 3 minutes. I peeled back the film and felt some cold spots and microwaved for another 90 seconds. Fresh out of the microwave I got this: 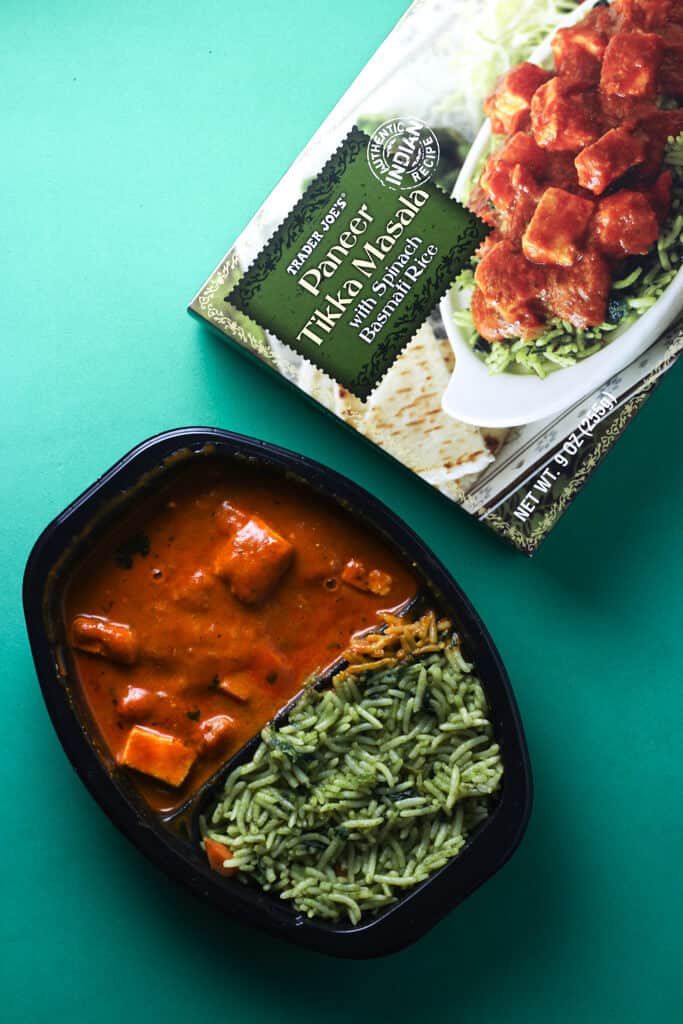 Trader Joe's Paneer Tikka Masala makes for a yummy lunch (but be warned, this has the potential to offend some coworkers, the smell of curry after I used a shared microwave was strong). Would I buy it again? Absolutely, especially during Lent went I don't have meat on Fridays. If I had to choose between chicken and paneer, the winner is the paneer dish. The rice actually makes this very enjoyable. I wished the chicken had the option for the spinach rice.