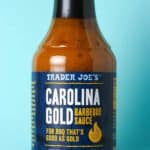 The pros: Trader Joe's Carolina Gold Barbeque Sauce is a solid mustard based BBQ sauce at a reasonable price.

The cons: If you don't care for mustard based BBQ sauces then skip this item.

The verdict:  My husband and I are big fans of White Castle. We don't get food from there often, but there are certain things that we are guaranteed to order if we do. One of those thing is the chicken rings.

Now, as seemingly unrelated as this is tidbit is to the featured BBQ sauce I'm reviewing. It isn't far-fetched. You see, when you order those chicken rings, the give you packets of magically delicious honey mustard sauce. Rich and I fight over those little packets. We think we order extra ones, but in reality we use those extra ones for pretty much everything.

I wished they would just sell a jar of that sauce. But after tasting this sauce, I thought this seems sort of close.

This BBQ sauce has a strong mustard base. The sweetness here is not from honey, but from molasses. Otherwise, this is basically a BBQ equivalent to those beloved packets that go with our completely unnaturally shaped chicken rings.

This does have a kick to it. It's mild, but present. The vinegar tang is absolutely there and very forward. But once you put this on something, it mellows and adds a nice acidity to anything it touches. You also have the addition of smoke flavoring here in case what you enjoy it with doesn't actually end up near any smoke.

For the sake of trying this, I had mine with some breaded chicken cutlets. I basically made myself some chicken fingers and used this as a dipping sauce. It's probably not the way they meant for this to be enjoyed. But, I enjoyed it that way.

I'm sure this will pair well with things other than chicken, but that's as adventurous as I got in one sitting. Back in March, when we had a whole bunch of Nor'easters, we lost power for three days. Naturally, most of my condiments and other food stuffs had to go. Needless to say, there were BBQ sauces sitting in the back of my refrigerator. Clearly, I did not enjoy those enough to go through them. This has a shot of not getting pushed to the back.

For $2.69 this is reasonably priced for a BBQ sauce that you don't have to make and straight from the bottle is pretty darn good. But, if you don't care for the Carolina style, then by all means skip it. There are other sauces for different palates available at Trader Joe's. 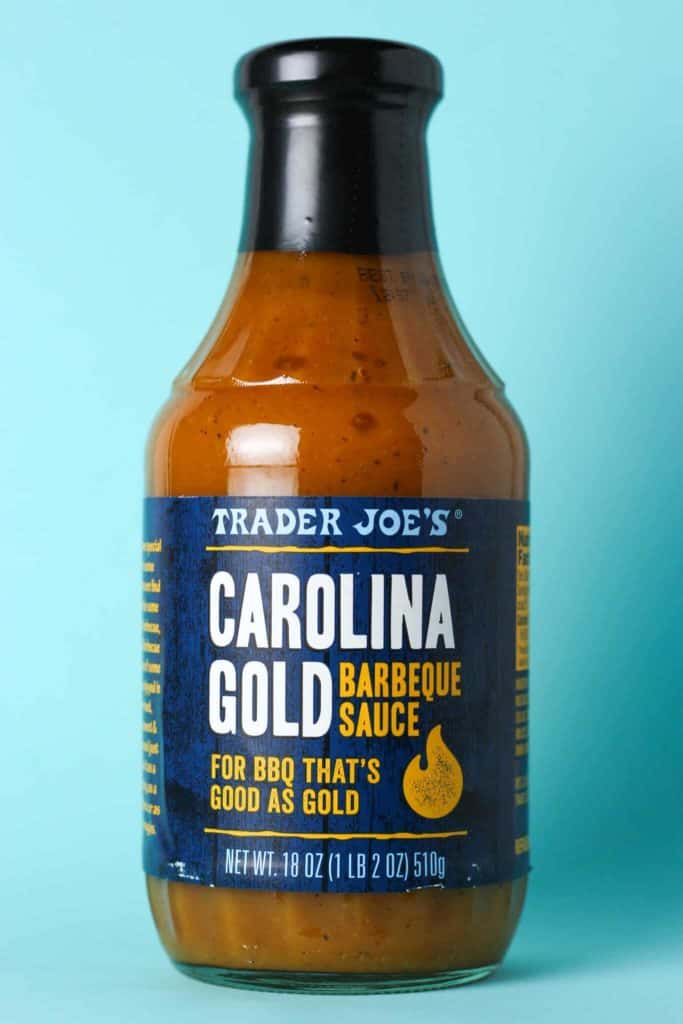 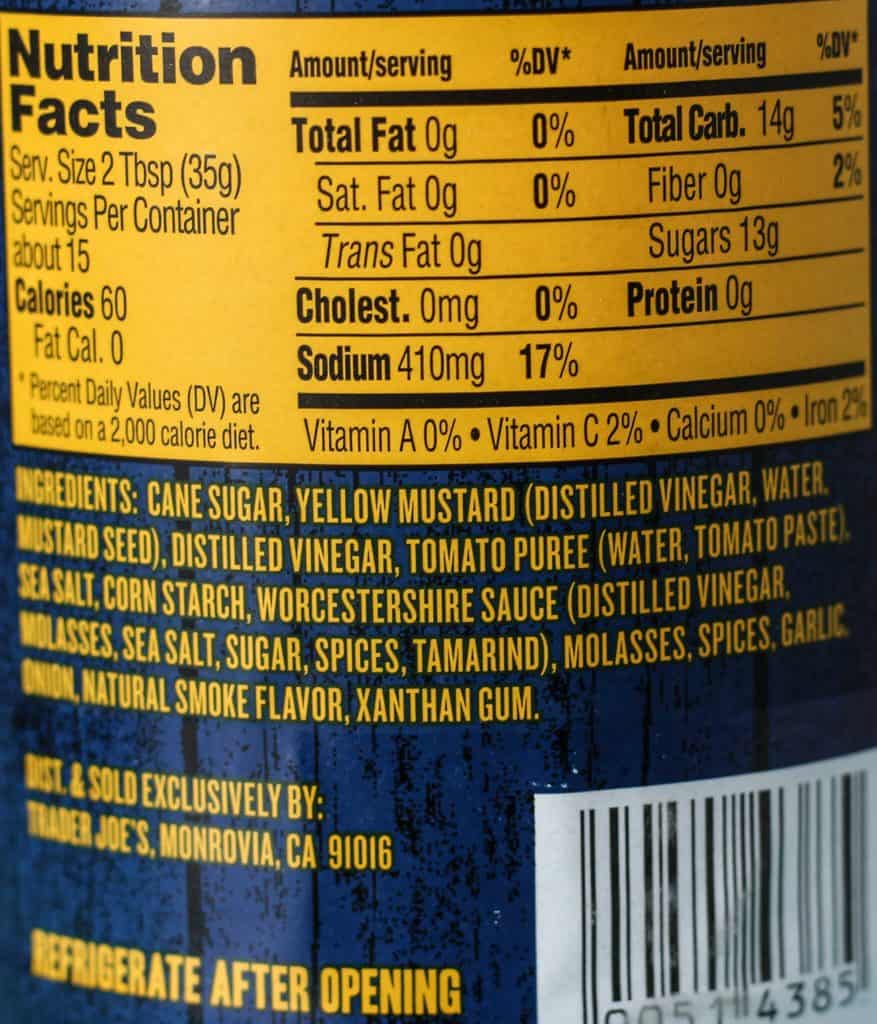 After being served with Trader Joe's Breaded Chicken you get: 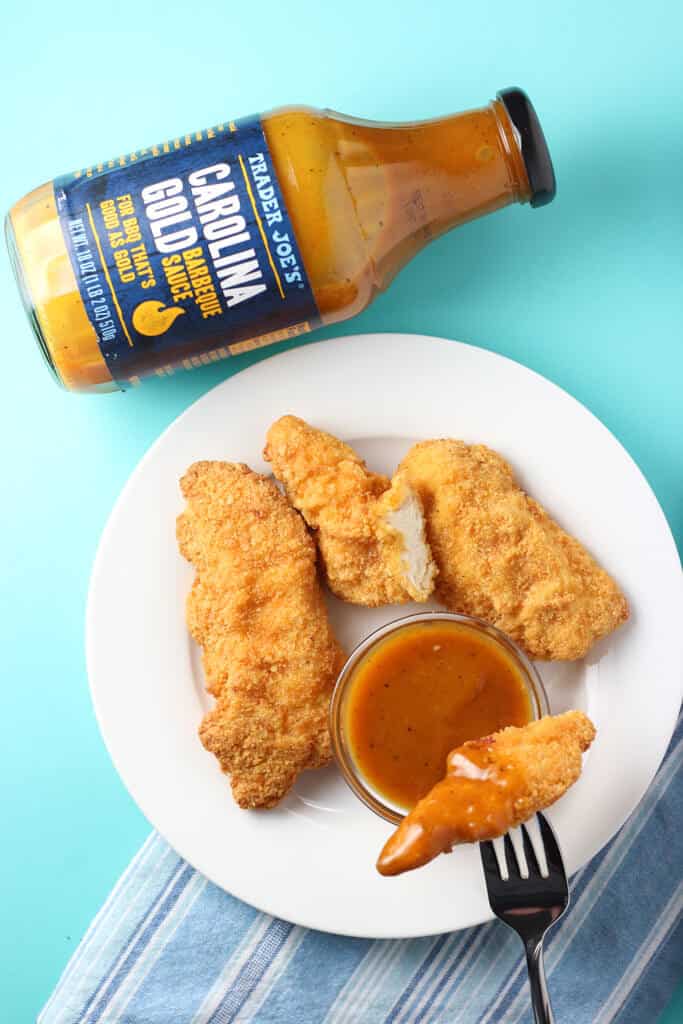 Would I buy this again? While this jar of Trader Joe's Carolina Gold Barbeque Sauce is going to take a while to get through, I'd absolutely buy this again.