The cons:  Does not live up to the previous bag that looks so strangely familiar to this one. Consider this a review 2.0. Unless you are serving this with rice the package of sauce will drown the morsels.

The verdict:  Welcome to a very rare review of a product I've already tried. Normally, I wouldn't post stuff like this. I would perhaps take updated pictures like I did for the Blueberry Waffles. Yes, the ingredients changed, but the overall product remained pretty close to the original. Not here. No way.

Previously, I had tried Trader Joe's Chickenless Mandarin Morsels. I loved them. They mimicked chicken very well. They were delicious. I personally preferred them over the non-vegan Orange Chicken. Now, I'd reach for the orange chicken any day over this new variety.

When I first saw on social media that these were going to be returning I was so excited. They had been off of shelves for about a year. It's one of those foods where I had some solid food memories because I had bought it so many times. When they finally appeared at my local Trader Joe's I grabbed a bag and couldn't wait to pop them into my toaster oven. When I opened the bag, I knew something was different.

These were smaller. Less chicken nugget like. They were greasier too. A lot of oil was sitting there on the parchment paper. I took my first bite. It was like biting into chicken that had been microwaved, but it was vegan chicken. I immediately came to the conclusion that these are different.

A quick glance over the ingredients confirmed what I had suspected: they ingredients are different. Thus, the recipe has changed. Yes, the picture has been updated and yes, the new ones look like the picture. But oh the taste. Rubbery greasy vegan chicken. The sauce was alright, but no where nearly as good as I remembered. I remember it being much thicker to coat. This sauce needed to be a bit thicker like a glaze.

Yes, the glaze had a touch of heat and had an orangey flavor to it, but it just isn't the same. Worse, the packaging looks just too close to the original. I don't mind freshening up a package, but please, it should be close to the original. Otherwise, pick a new design. Let me know that what I'm getting isn't what I remember.

For $3.29, the price did rise slightly and I would be ok with that if they were the same. They're not. They aren't inedible, but they aren't great either. I'm sure this will have a following in the vegan community, but if you tried the previous rendition in the extremely similar packaging back in 2016, then brace yourself to be disappointed in these. If you remember original you won't be saying to yourself "winner, winner vegan chicken dinner." They're not terrible. They just are not the originals. 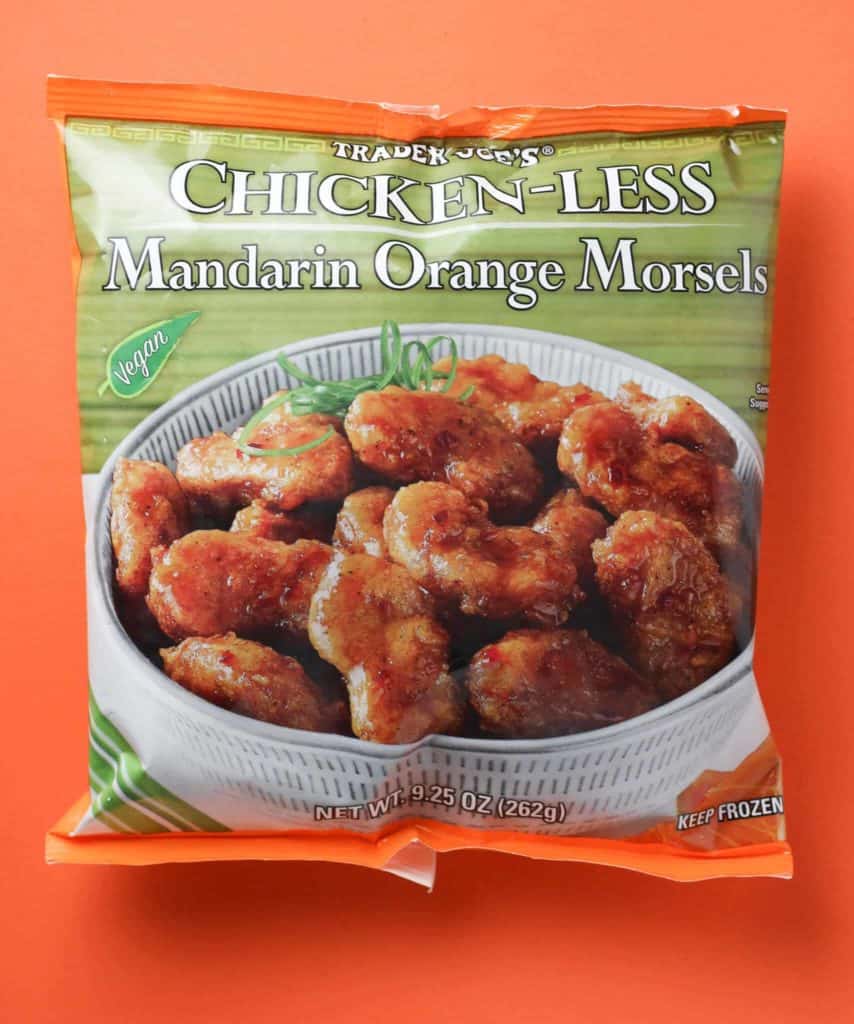 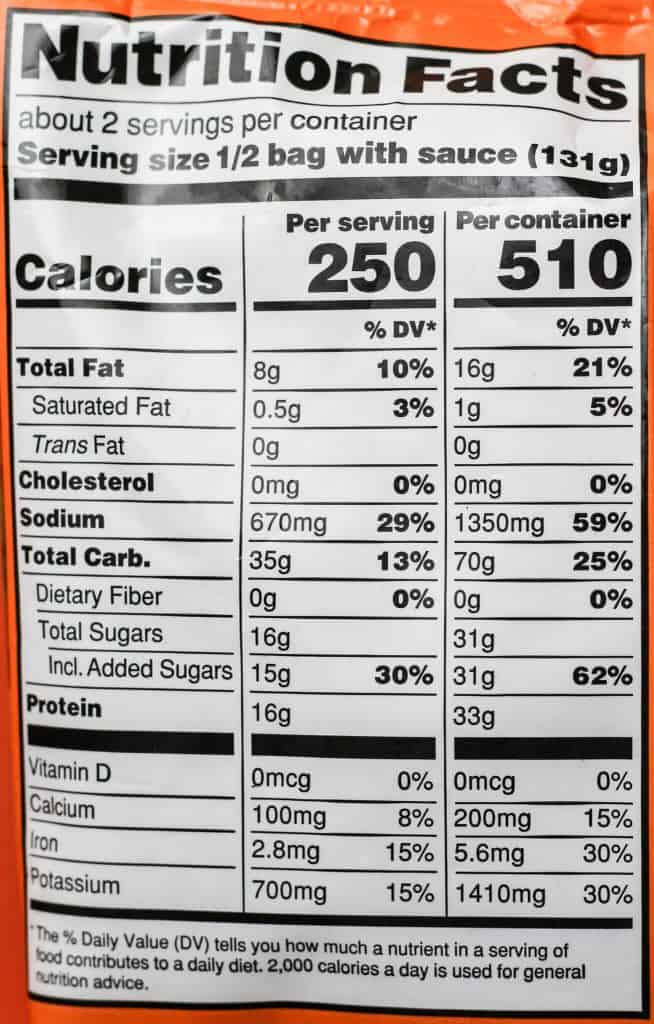 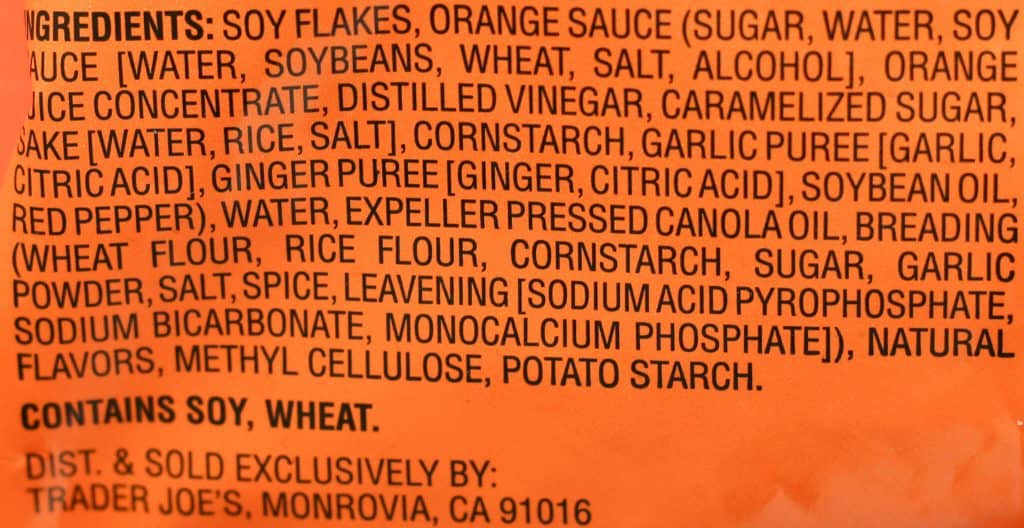 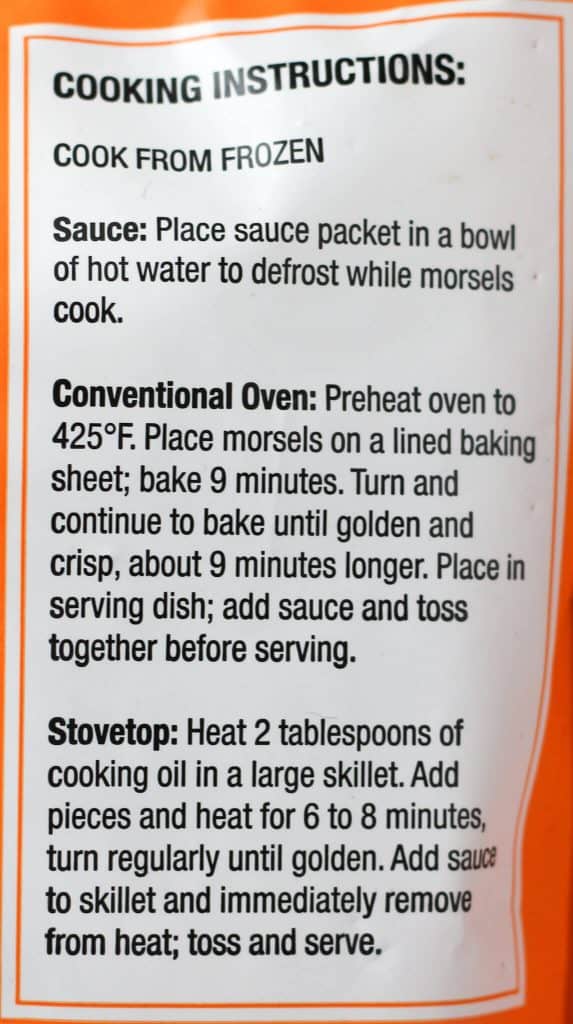 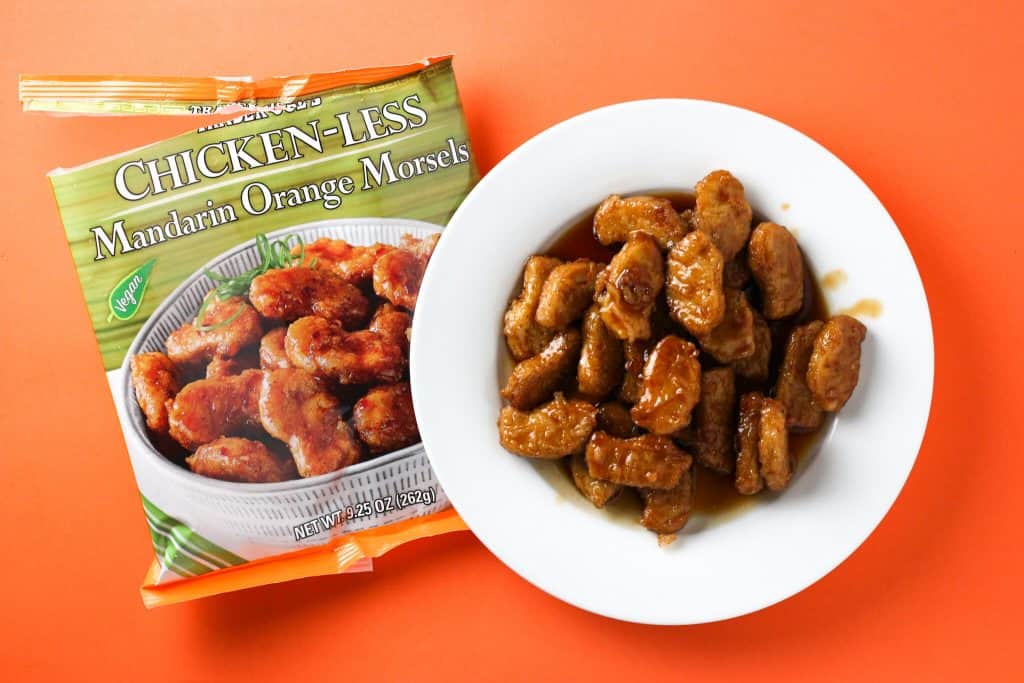 Would I buy this again?  No, I would not buy Trader Joe's Chickenless Mandarin Orange Morsels again. They've changed the recipe. I'll be willing to repurchase these if/when they go back to the old recipe.