The pros:  Trader Joe's Cinnamon Broom is a strong cinnamon broom shaped air freshener that will make a room (or two) smell like cinnamon for a long period of time.

The cons:  This is a seasonal product, so if you want one they are only around for so long. Also, if you were hoping this is made from bark of a cinnamon tree, you are mistaken. This is fragranced from cinnamon oil. If you are using this in a small or confined space the the aroma might be overpowering.

The verdict:  I walked past this item last year. I was not going to make the same mistake this year. There is something special about the smell of cinnamon. This has it. While this only has cinnamon oil in it and not actual cinnamon, before you even unwrap this you can smell how strong it really is. Now, I personally spend a good amount of money in stores like Bath and Body works. Most often I spend money on candles or air fresheners. Not that my home stinks, but I like to walk into my home and take a deep breath and say, "Ahhhhhhhhh."

Now, the first broom I picked up for the season was nearly two weeks ago. My house still smells strongly of cinnamon. When I open the door that is the smell I get. However, my home has a pretty open floor plan which allows the aroma to waft through the entrance way, living room, and kitchen. While it's not quite as potent as it was last week, it seems like it will last at least until the end of the month.

The packaging is limited to just a sticker on the plastic bag it comes in. However, in Trader Joe's style there is a reference on the package to a Mr. Swift. In fact, upon closer inspection of the label this product might actually be called "Meditation Upon a Cinnamon Broom." The Mr. Swift is actually referring to the same author who penned Gulliver's Travels, Jonathan Swift. The work being referenced here is called Meditation Upon a Broomstick which ironically is satire and parody. Therefore, Trader Joe's is making a parody of a parody by referencing the work in the packaging.

I've been so impressed by these brooms that I've actually bought two additional brooms for my classroom. Normally, I have some type of plug in (ok like two or three of them at a time plugged in) at school. I work with middle school kids. My kids have gym first period. Anyone who has ever been around middle school kids understands the struggle. Needless to say air fresheners are a life saver in my room. Any air freshener I have ever used as only survived about two weeks at most. My classroom has the same characteristics of other classrooms that were built during FDR's New Deal: high ceilings, nail marks in the wood floors from when desks were nailed to the floor, wooden molding in the closets indicating day and night school. In other words, my room has quite a bit of space once you consider the ceilings. I'll update this review as I go along. For what I would spend on a single wallflower at Bath and Body Works, this might be a far superior value. However, the first day the kids loved the smell of the room. By the second week, it's aroma had faded. I have heard of people using essential oils to give this a refresh.

For $3.99 this is a great item if you love and adore the smell of cinnamon. If you don't like cinnamon, then steer clear of this product. Also, if you have small children or pets that need to bite into everything, then I would skip this product. Otherwise, if you enjoy a good air freshener, then this is a solid one to reach for. 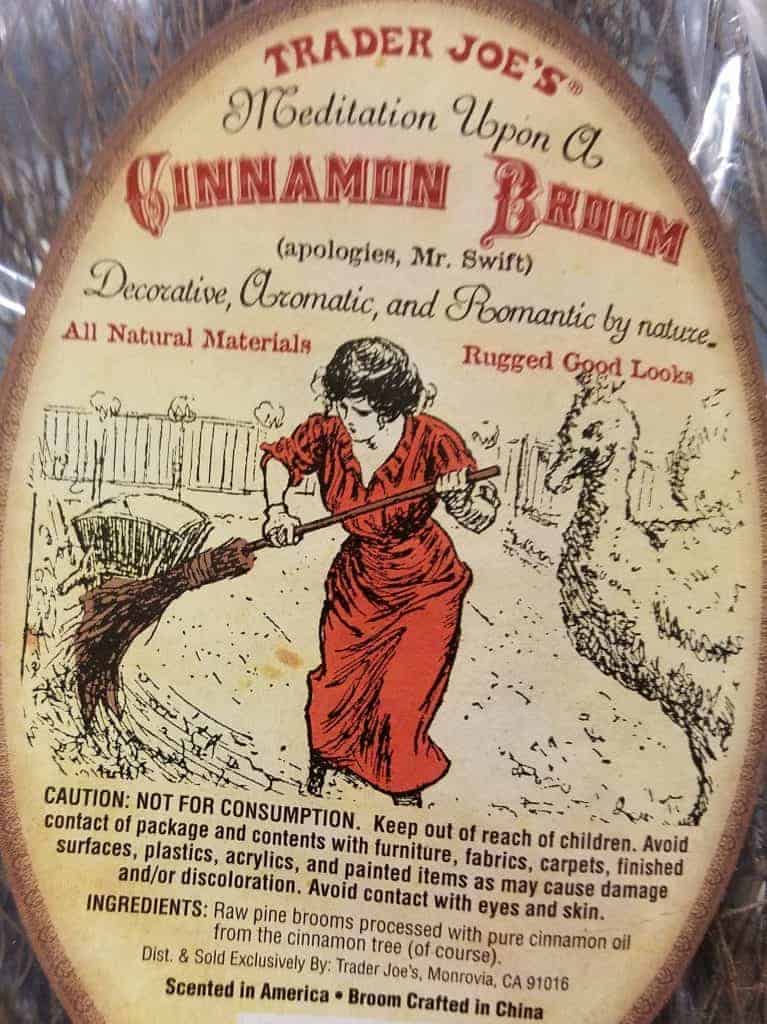 Would I buy this again?  Yes, I wish these were sold throughout the year. I love the smell of cinnamon and these have been a lovely addition to my home (and work).