The pros:  Trader Joe's Puff Dogs are a play on pigs in a blanket.

The cons: The puff didn't rise as much as I would have liked. Also, this does not come in a resealable package

The verdict:  While I should have gotten to this product sooner, this is a timely review as just the other day we here in the USA celebrated the original Brexit (1776 style). Trader Joe's Puff Dogs are new and have started some controversy. Across the pond they actually refer to items like this as sausage rolls and there has been some twitter outrage since this product made its debut.

In fact, one blog I follow, Paul Davies Cartoons, is written by a British fellow is both a talented cartoonist and has a bit of a fascination about what we Americans think of food. I can only imagine his thoughts on this matter. Now, I honestly don't think that Trader Joe's was trying to take credit for inventing any product here, however, my opinion on that can not be verified. Although they offer something similar in a smaller size known as Trader Joe's Parmesan Pastry Pups which as essentially a similar product that is smaller in size and adds a sprinkling of cheese.

The pups are mini, but these are very much full sized. Now, I've never had a real sausage roll from the U.K. In my household, we've taken a can of Pillsbury Crescent Rolls and wrapped (or swaddled as this packaging terminology goes) it on a hot dog. Thus, eliminating the need for hot dog rolls, which oddly enough are rarely sold in the same quantity as hot dogs themselves.

For $6.49 you are getting five swaddled dogs by any name you wish to call them. What's important here is what they taste like. The hot dogs are good. They were cooked perfectly by following the directions on the package and were cooked through in the time listed. The puff which is made of puff pastry reminded me of a cross between a Pillsbury Crescent roll and a Croissant. It wasn't puffy enough to be a croissant, but not quite as dense as the crescent roll. Some parts were light and flaky with some nice layers, other parts were more on the dense side and a bit heavy. These were not nearly as greasy as the Parmesan Pups.

Overall, they were good. By whatever name you wish to call them, they will satisfy that craving for pigs in a blanket. Best of all you won't have to open an entire can of crescent rolls or deal with wrapping up a mostly uneaten package of hot dogs. If you like pigs in a blanket, then you'll probably like these dogs in a blanket too. As for me, I'd consider buying them again. They also make for a quick lunch or dinner item.

Here is the visual run down of what you are getting when you buy Trader Joe's Puff Dogs: 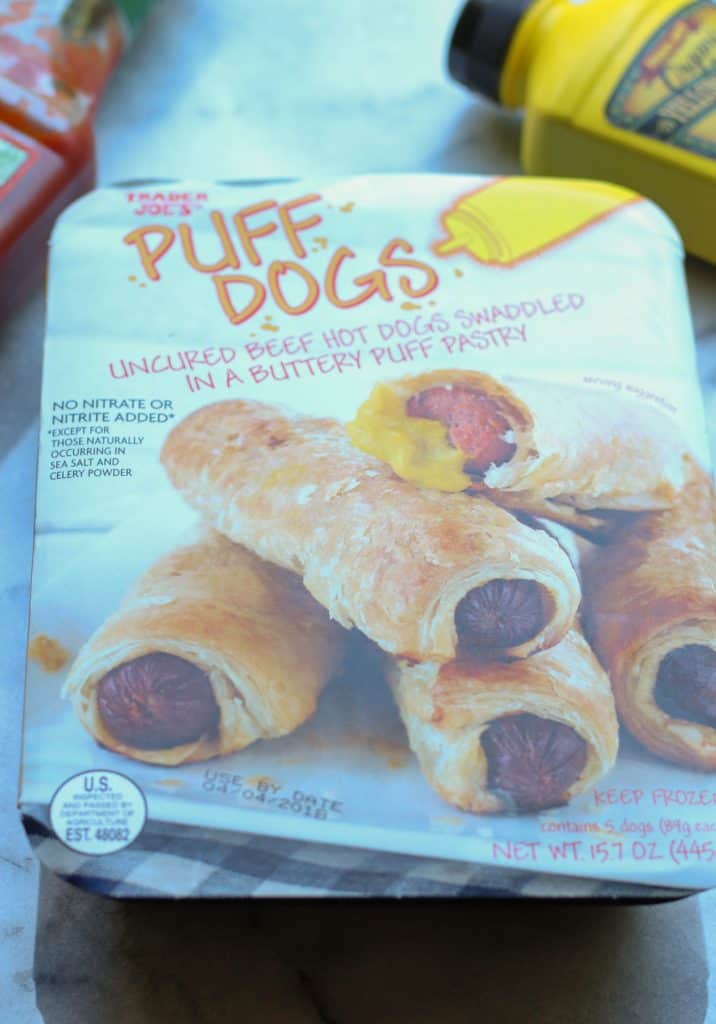 The nutritional information, the ingredients, how to prepare: 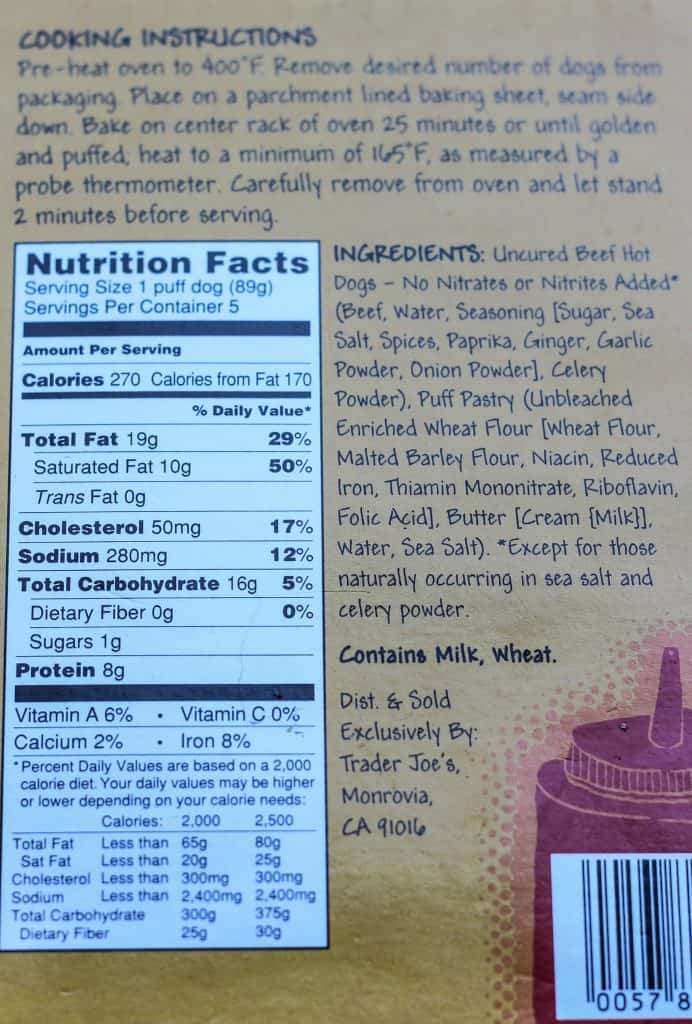 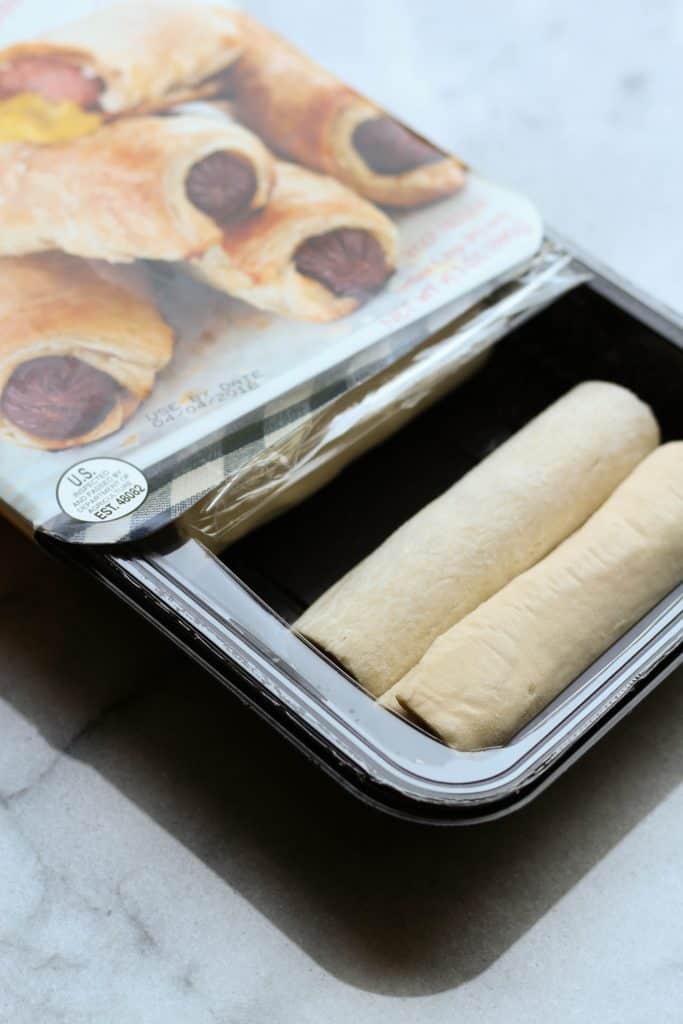 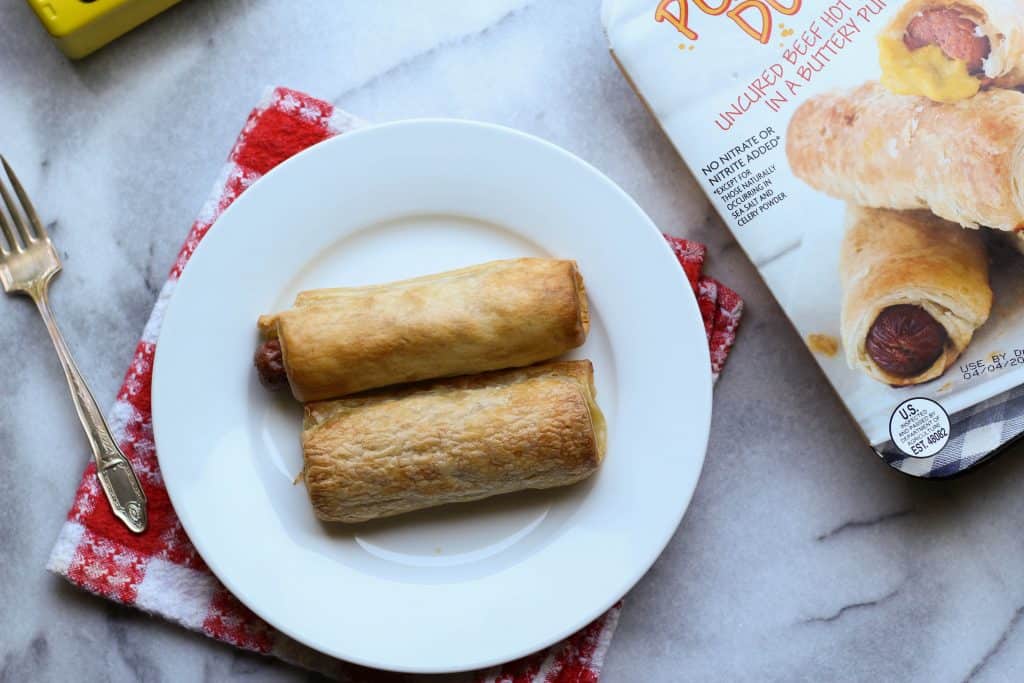 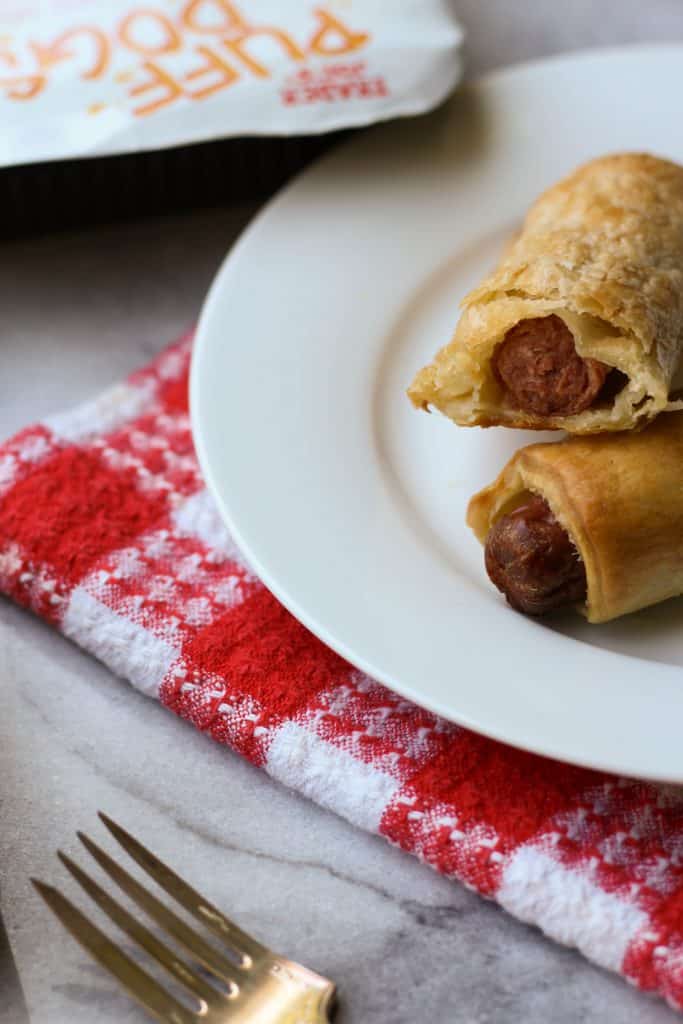 Would I buy this again?  To satisfy the occasional craving for pigs in a blanket, these are pretty good.