The pros:  Super quick, tasty, well done ciabatta flat bread. Trader Joe's Rustic Ciabatta Flatbread is a blank canvas for you to experiment with. With how large the lettering was on the package they could have given some good recipe suggestions.

The cons:  It won't result in the most amazing pizza you've ever had and you'll have to buy this several times to be able to experiment.

The verdict:  For $2.99 I'll buy this again, it was like eating a tastier Boboli pizza with the familiar ciabatta bread texture. I'd recommend if you are making pizza to not go by the low range time in the oven. Mine probably could have stayed in a few more minutes but the cheese had melted, so I pulled it out of the oven. It was tasty and it would be something to experiment with both as a pizza and an appetizer. It's still pre-made so it's never going to be as good as homemade.

The bag of Trader Joe's Rustic Ciabatta Flatbread in the bread aisle: 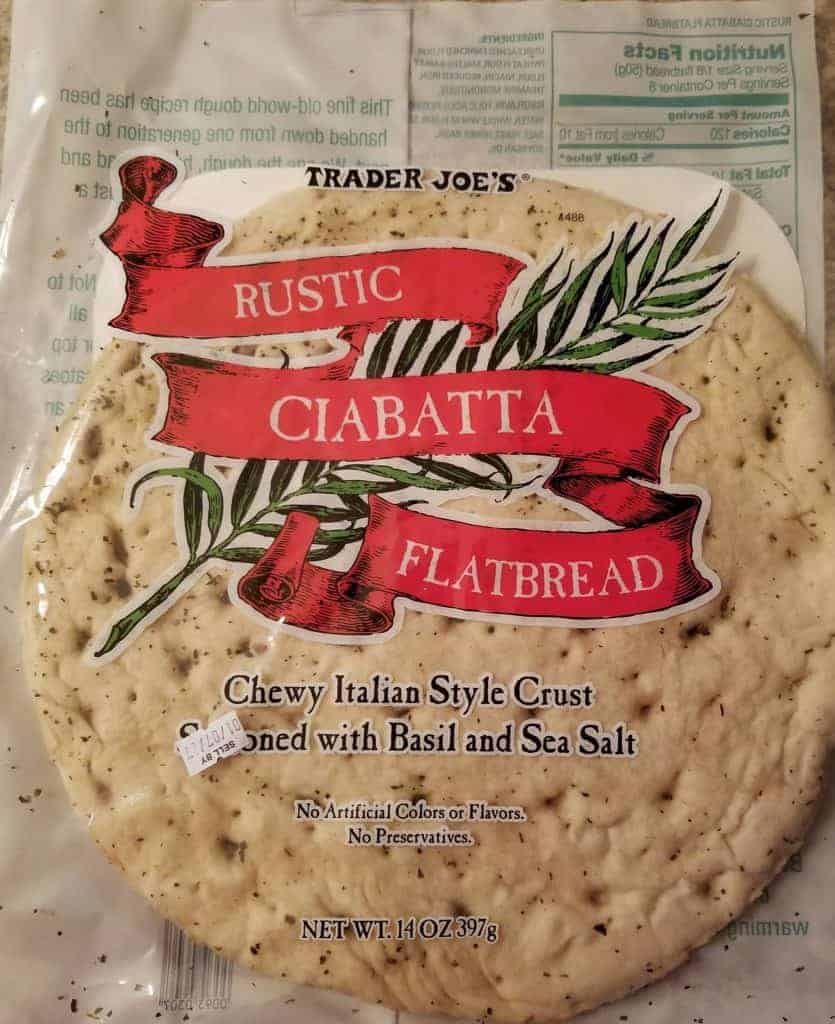 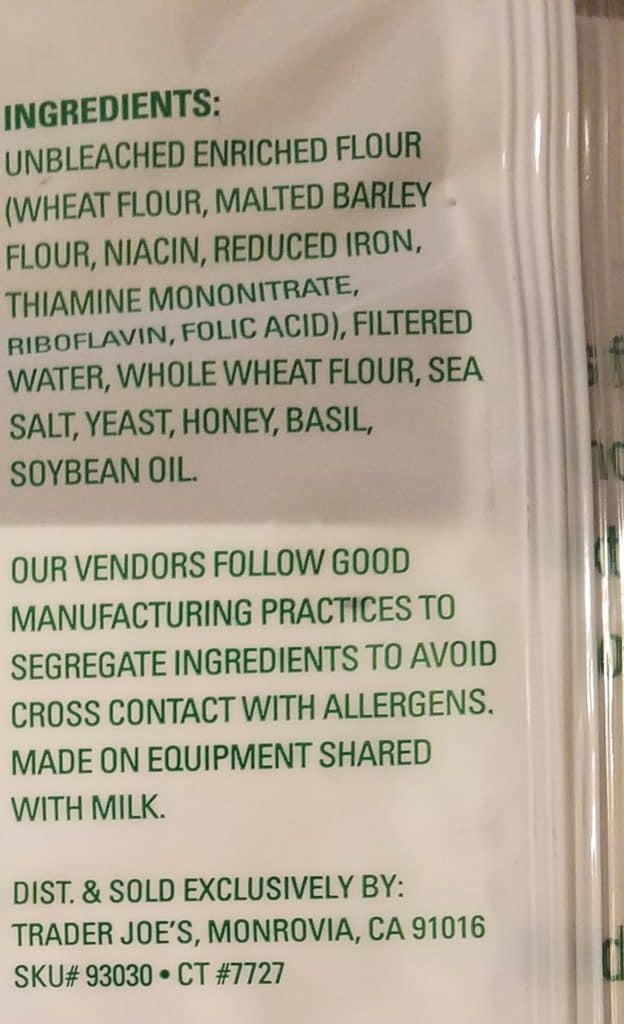 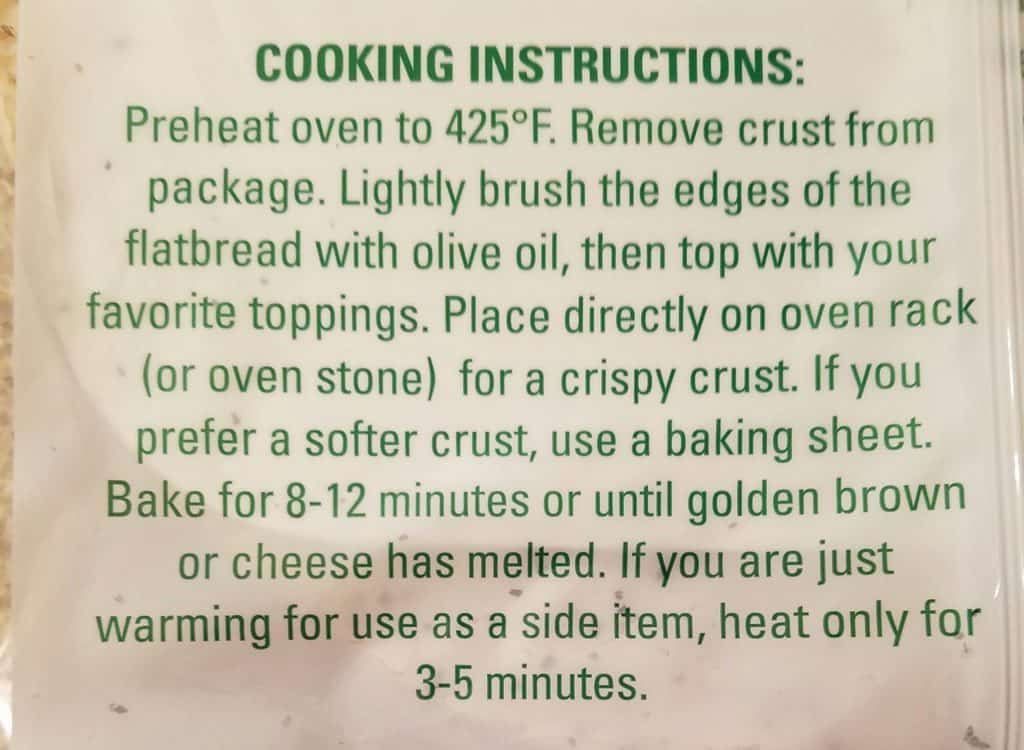 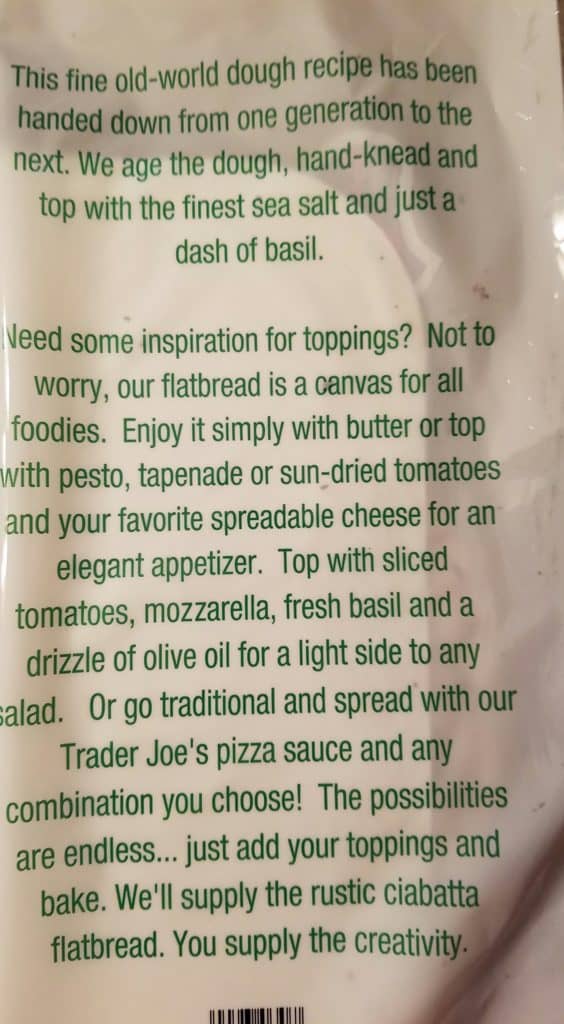 Of course I forgot to take a picture right out of the package because this was being turned into a pizza, so here is the early part of it becoming that pizza: 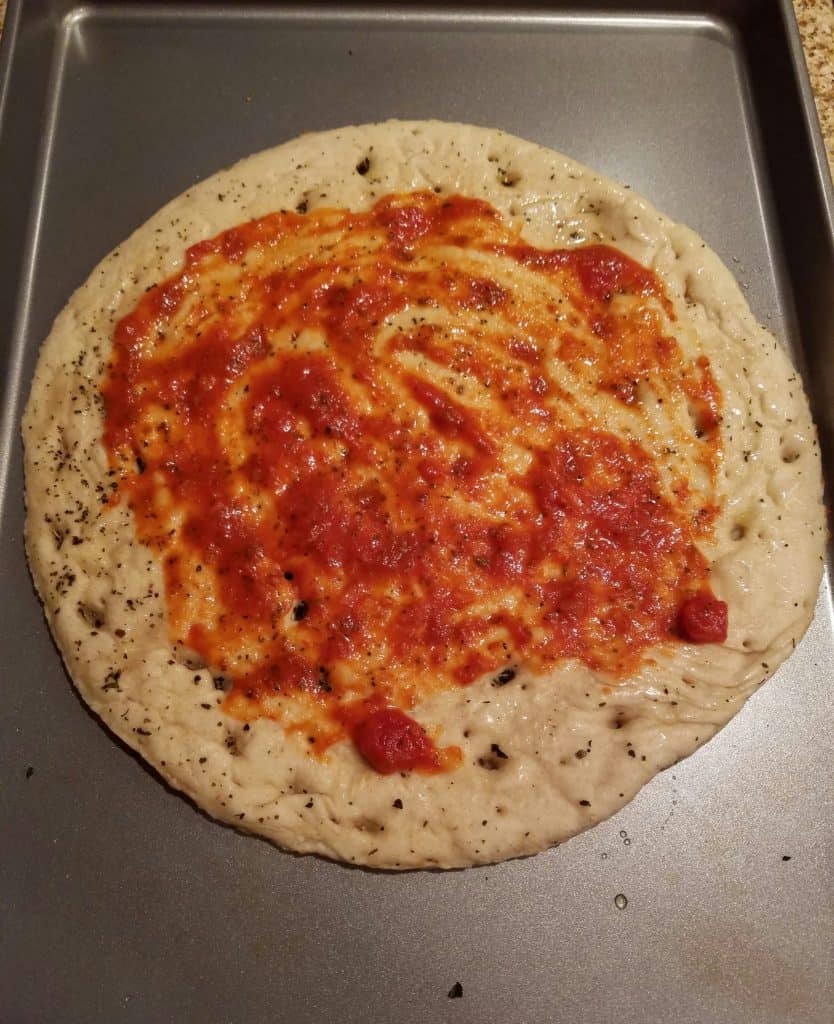 Going into the oven: 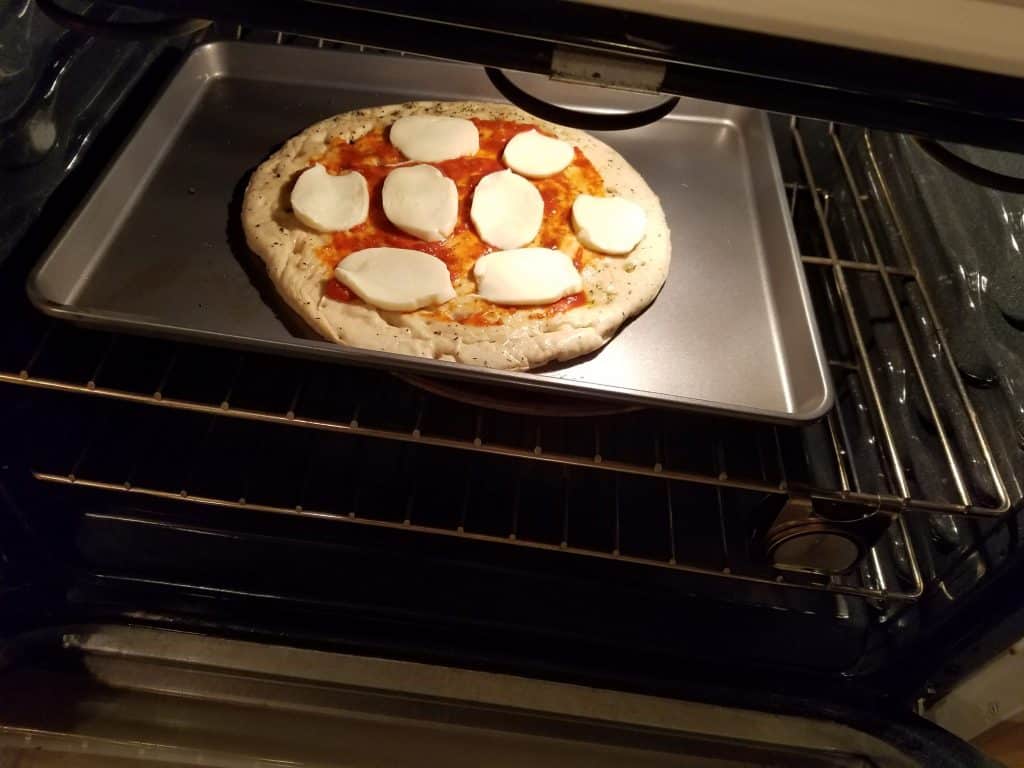 Coming out of the oven: 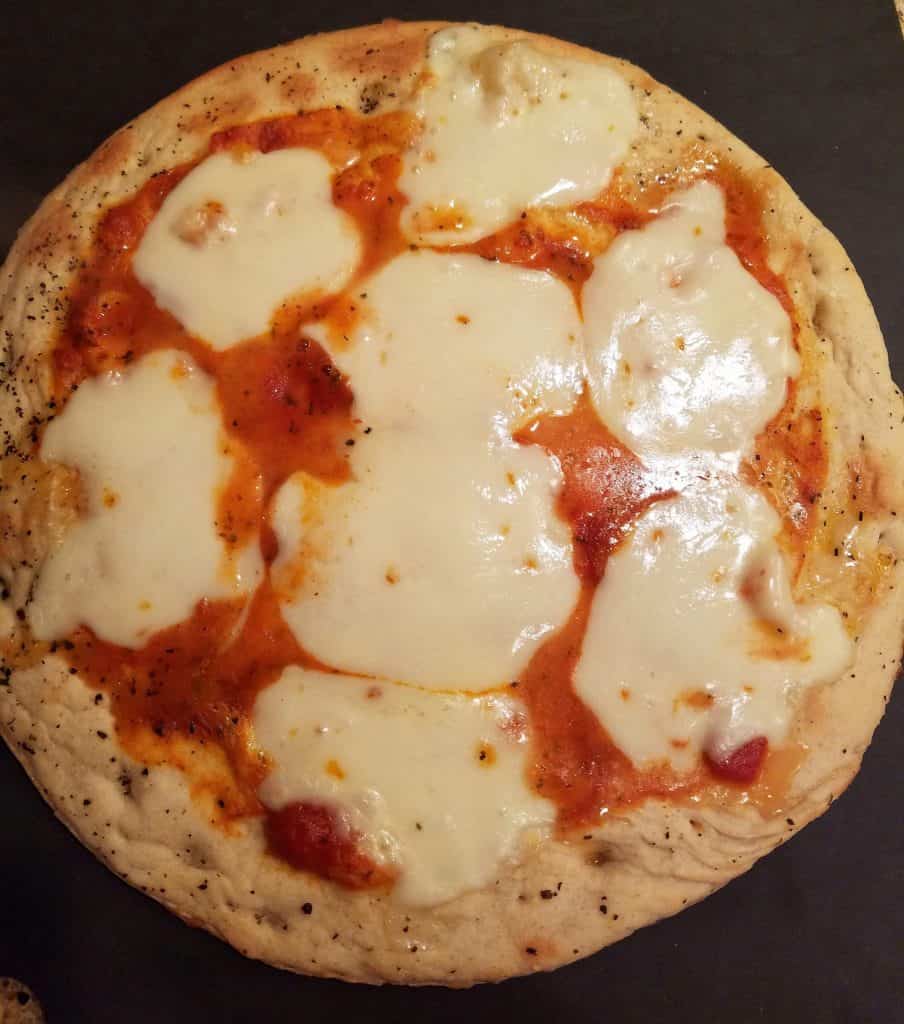 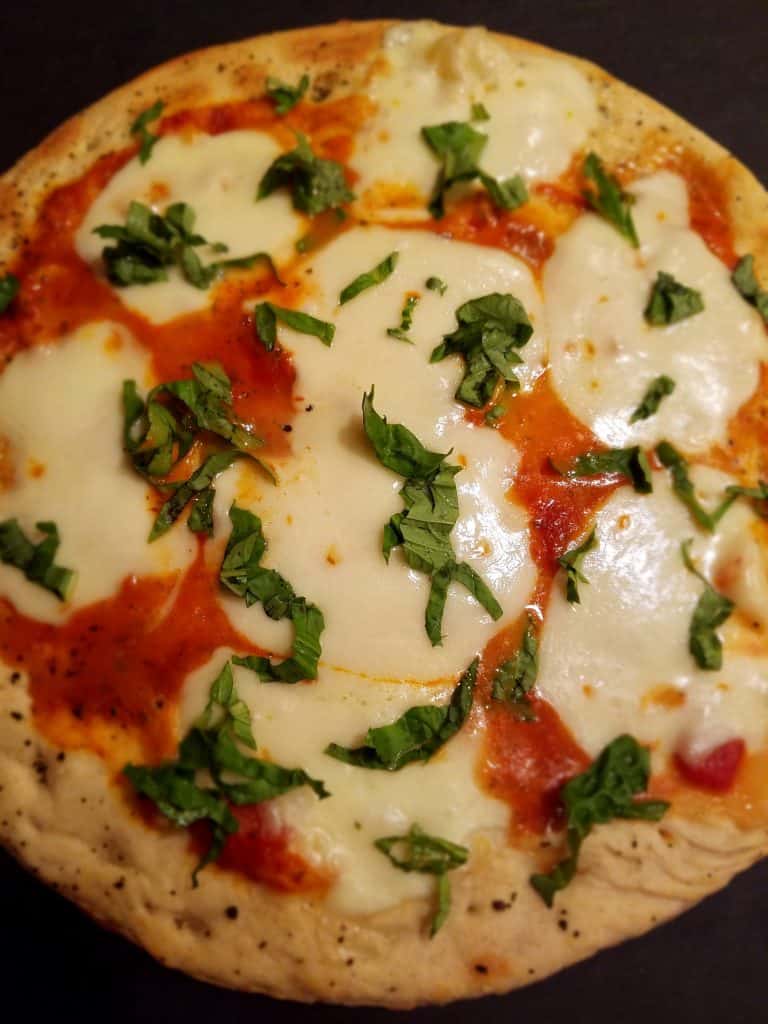 A slice up close: 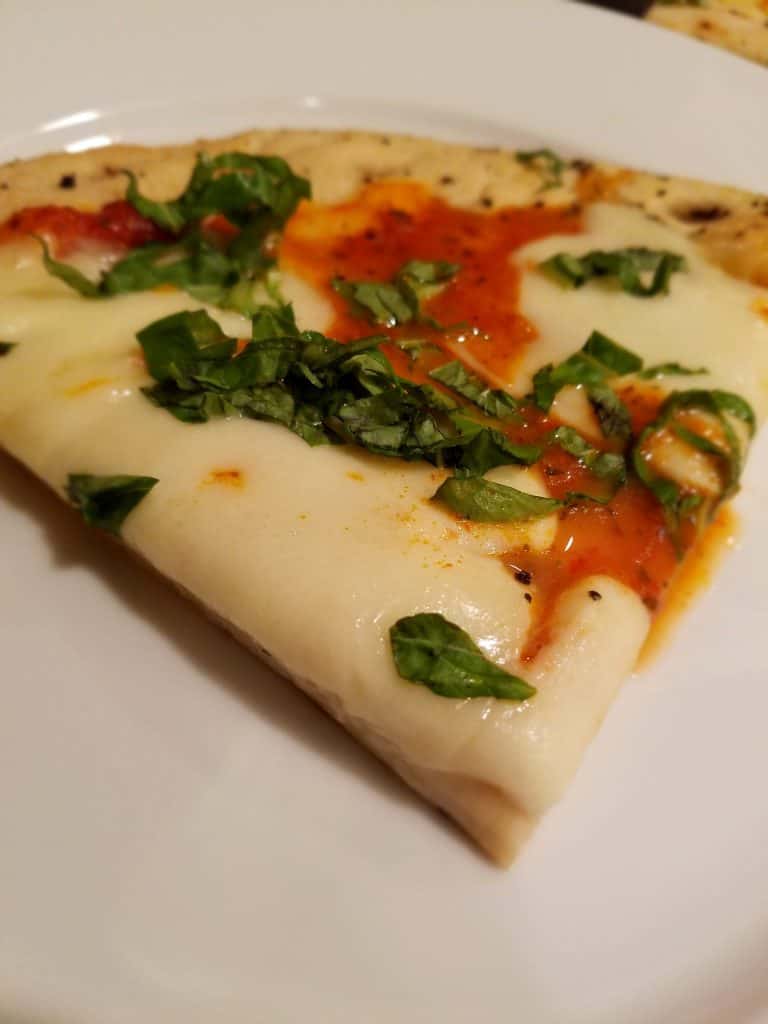 Would I buy this again? Yes. As something quick and easy, Trader Joe's Rustic Ciabatta Flatbread is a great product. It won't match homemade, but it's good and something fun to experiment with.