The pros:  Recent addition to the freezer aisle. Trader Joe's Carrot and Pea Vegetable Patties looks like the picture on the package. Good source of vitamins, good ingredients. Healthy. If you need a break from frozen veggies this might give you a break.

The cons:  Trader Joe's Carrot and Pea Vegetable Patties has good potential but taste was bland but is improved with salt when it's done cooking or by hot sauce.

The verdict:  For $1.99 you get four frozen little hockey pucks were are not individually wrapped. While it cooks easily on the stove, you aren't getting a lot of flavor here. You'll get a good brown on the outside if you follow the directions. What's inside is where I'm disappointed. If you want to break the routine of frozen veggies and have a little patty, this is sufficient. However, Trader Joe's is known for being very experimental with flavors. Had this been made with a nice spice combination, it would have been much better. As is, reminded me of baby food that had a sear on it. It also reminded me of a perfectly shaped veggie fritter without the texture of a fritter. Most was of the same texture except for a handful of peas. It was just plain veggies with some pepper. I think thats a shame. A spice or two would have made all the difference here. Don't get me wrong, I didn't throw it out, but I won't buy this again. It falls into the taste category of "just alright." It's nothing truly special. If you are on the veggie patty band wagon reach for Trader Joe's Quinoa Cowboy Veggie Burger instead. It had flavor and a bit of spice. Trader Joe’s Cauliflower and Broccoli Vegetable Patties are similar was a bit bland, but was helped tremendously by the addition of salt. I tried this a second time. Salt at the end of the cooking process helped the taste, but it wasn't as good as a fritter or a veggie burger from Trader Joe's. As a side dish to replace your normal serving of veggies it should be ok. Just don't expect this to "wow" you with flavor. 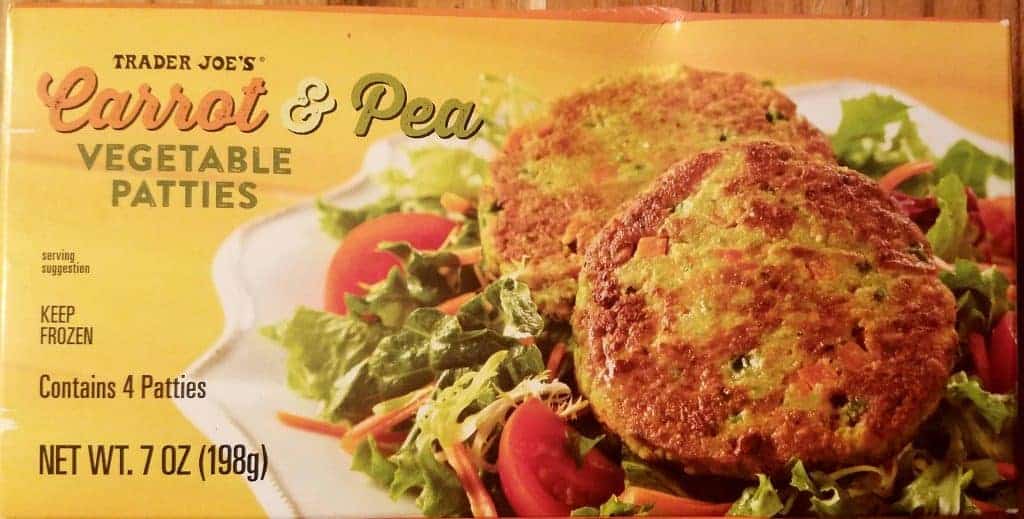 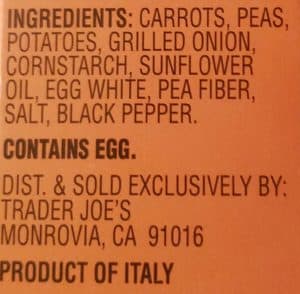 Out of the package you get this veggie hockey puck: 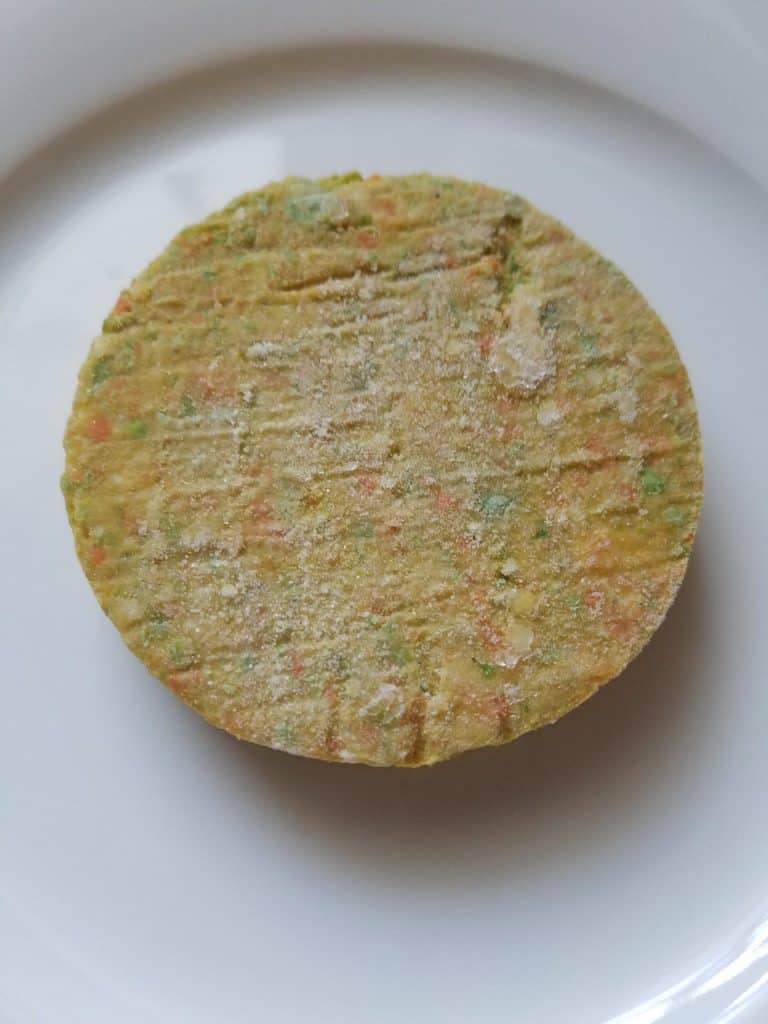 After being cooked in a pan with a little bit of oil: 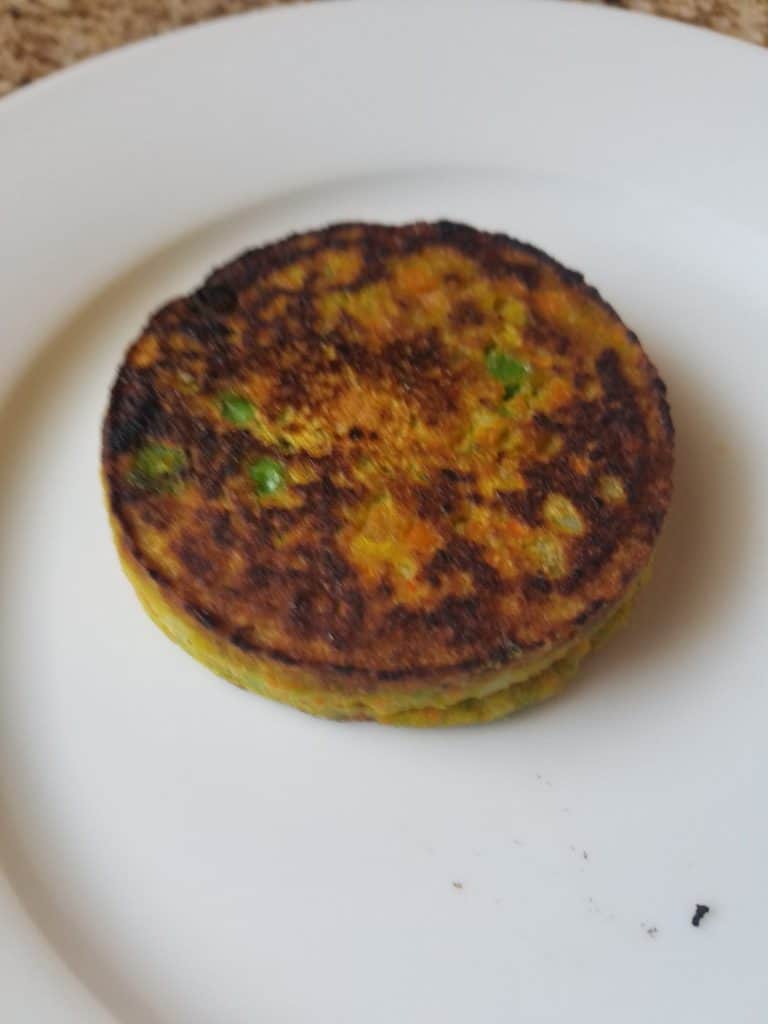 Would I buy this again? No. Trader Joe's Carrot and Pea Vegetable Patties was too bland for me. As a side of veggies for one it's just ok. Otherwise there are better items to purchase in the freezer section without dirtying a pan.