The pros: Trader Joe's Cinnamon Sugar Muffin and Baking Mix is a delicious and new to shelves mix that makes good muffins.

The cons:  The directions are not 100% accurate and I'll correct them below.

The verdict:  It's one of the coldest Januarys in memory. Therefore any excuse I can get to turn my oven on, I do. I love to bake. But also I am at war with my husband. At least over the thermostat. Before we got married, I lived in an apartment where heat was so abundant that I slept with the windows open. Year long. Like coldest days of the year windows wide open. I'm not sure it was ever below 75 during the winter months.

Quite possibly it could have been that warm with the windows open. Now, we keep the house a wee bit cooler. It's so cold that even my mother in law commented that it would be illegal to keep a NYC apartment this cold: 63. Yup. Oh yes, my days of wearing shorts around the house are long over.

Now, the best way to combat the thermostat war is to bake (and make lots of hot tea, but those reviews are coming soon too). So when I saw a new baking mix at Trader Joe's I got kind of excited and obviously it went right in my cart. While these don't stay in the oven long, its just sometimes nice to feel that 400F air for a few brief moments. While this is a solid mix, there are a few things that you should know before you buy this.

I went the path of muffins and not coffee cake. So here is what I found as I went along: this actually makes 11 muffins and not the twelve mentioned. I just did not have enough batter to make a 12th muffin. There just enough cinnamon sugar to coat the top of each muffin. HOWEVER, please be aware there must be some type of type with how much butter you will need to melt. This does not need the 6 tbsps of melted butter. I measured and found that I had 3.5 tbsps leftover. I would melt three so there is enough to dip these without being wasteful.

Everything else about these muffins was spot on. The cooking time was accurate. These were easy peasy with just adding water and an egg. The packet of mix has pretty specks of vanilla and cinnamon throughout. That's a good sign in my book. The batter was fragrant with the smell of cinnamon. The cake came out nice and tender. While the directions called for 6 Tablespoons of butter, please, only use half of that. Not that I don't love butter. But it is just too much butter for the amount of surface area on these muffins. Also, be mindful of which butter you melt. I tend to only have salted butter, so my topping was sweet and salty. If you just want sweet be sure to melt the unsalted butter. And three tablespoons should be enough.

The butter and the sugar mixture added a really great layer of crunch to the top of these muffins. I wouldn't be surprised if you could basically make these in a doughnut pan and get cinnamon sugar donuts out of them. As a muffin however, they were the cake like answer to a cinnamon roll. Ok without the swirl. But a nice treat overall. For $2.99 this is a solid mix for those who love the warm taste of cinnamon. I'd buy it again.

You can pick this item up at your local Trader Joe's or on Amazon.com. 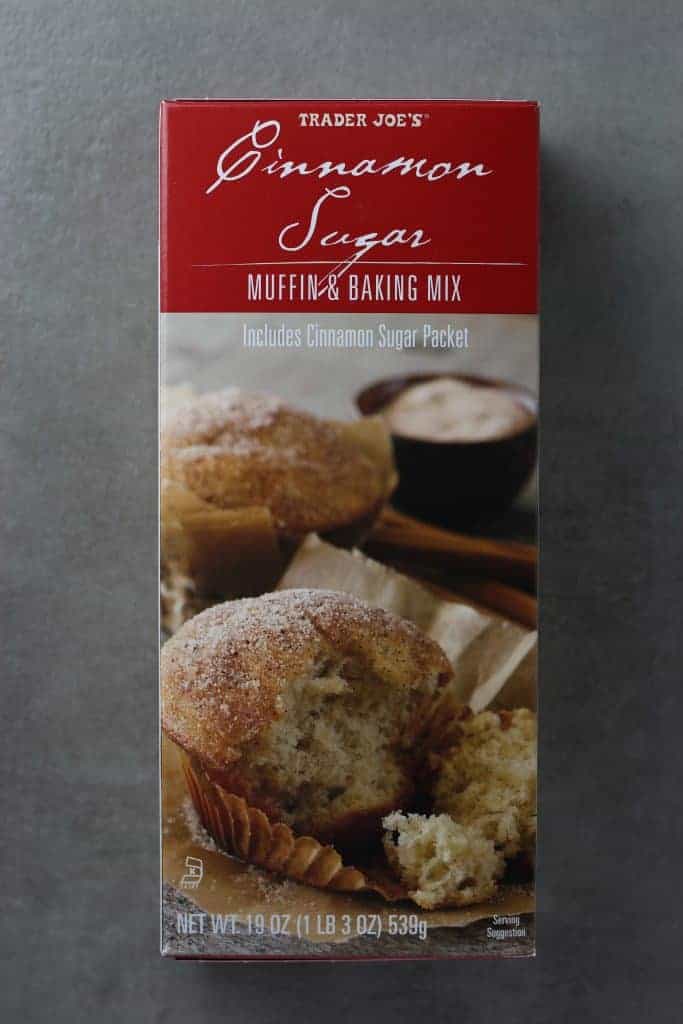 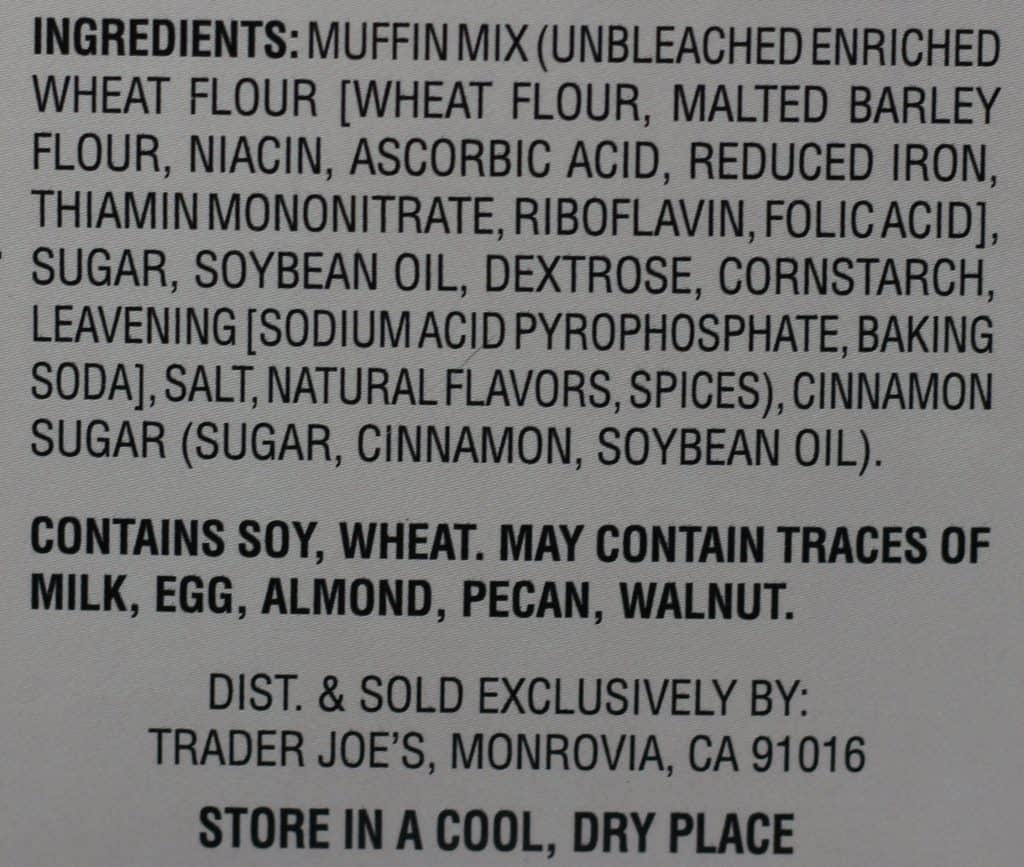 After being baking Trader Joe's Cinnamon Sugar Muffin and Baking Mix you get a finished product like this: 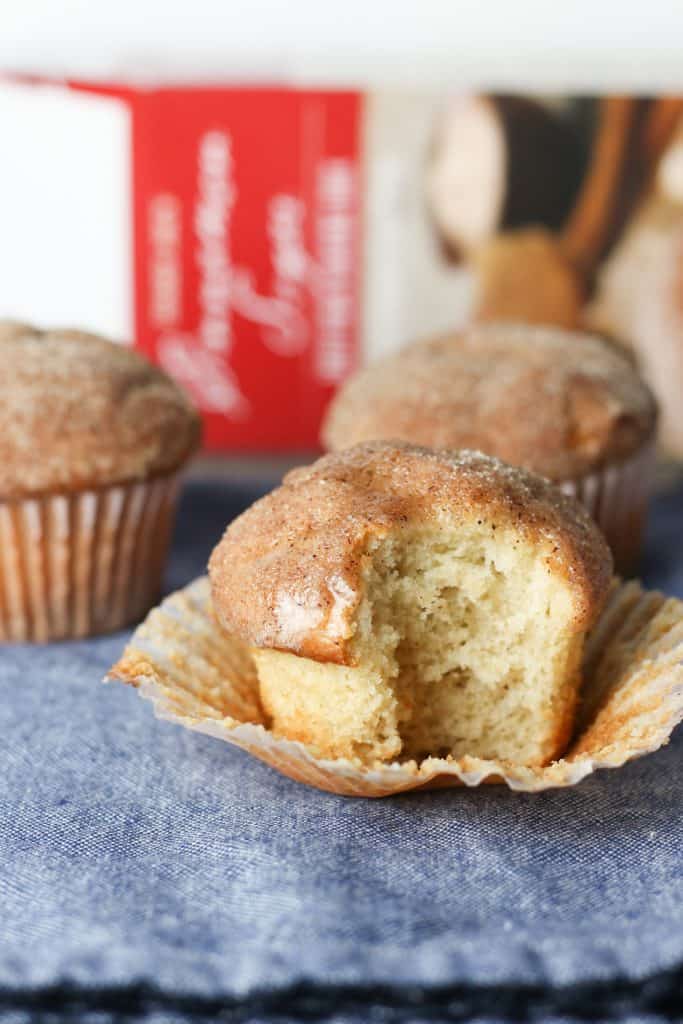 Would I buy this again? Yes, I would buy Trader Joe's Cinnamon Sugar Muffin and Baking Mix again. If you need your cinnamon fix, then this should be a good item to reach for.