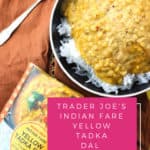 I adore Indian food. Trader Joe's does it very well in the frozen section. But when it comes to the pouches found in the pantry aisle that is a different story. 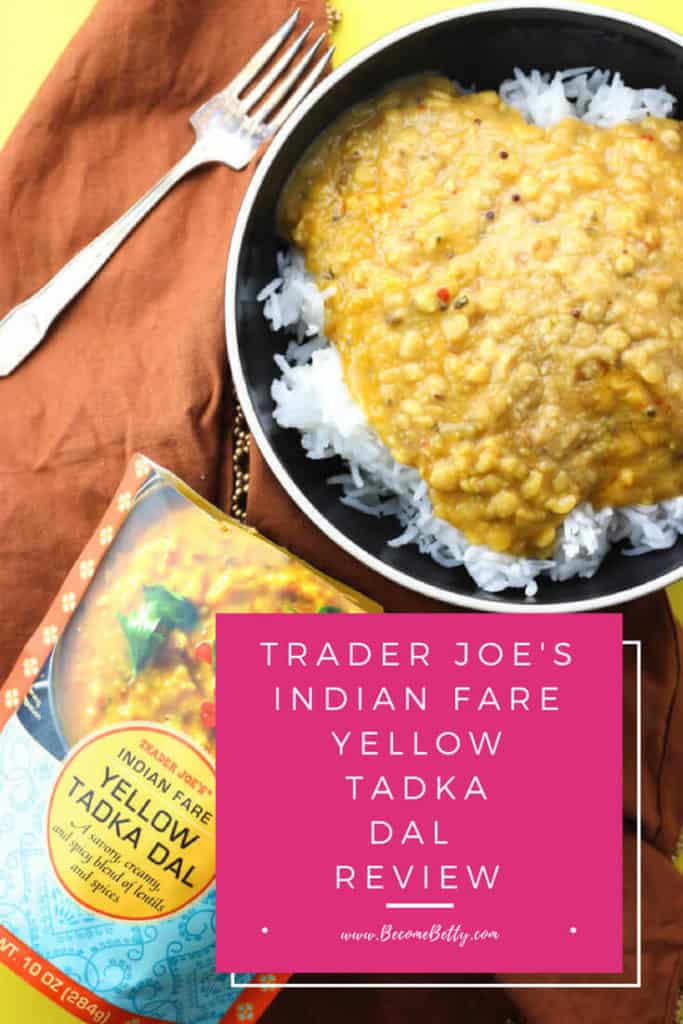 Table of Contents hide
1 Taste and review
2 What to serve with this
3 Make this better at home
4 Overall
5 Product photos
6 The Bottom Line
6.1 Trader Joe's Indian Fare Yellow Tadka Dal
6.2 User Review
6.3 Like this:
6.4 Related

If Trader Joe's does anything well, it's their line of frozen Indian entrees. It doesn't matter what list you look at, but they rank well.

As for their cans and boxes, not so much.

While they have their fans, they don't hold a candle compared to the frozen entrees.

But now there are two pouches of Indian food ready in 60 seconds in the microwave. There is the Vegetable Tikka and this Yellow Tadka Dal. Both products are made in India.

So, for those of you who are newer to Indian cuisine, dal is lentils. Tadka is a process by which these lentils are tempered with oil and spices. The lentils here seemed a touch overcooked.

What you have here are fully cooked lentils in a spicy, yellow, and deeply flavored sauce. While the turmeric lends most of the color here, for me the curry leaves and cumin added the most flavor. This is also mild to medium in heat.

What to serve with this

You'll probably want something to go along with it. Rice, Malabari paratha, or naan make a great pairing. I also added some fresh cilantro after the pictures were taken. I thought it added to the dish.

Make this better at home

The following recipe is vegan, made in the slow cooker, and will run laps around this pouch. It will also work out to be cheaper per serving as well. Check out Picky Eater's Slow Cooker Yellow Dal.

For $1.99 this is worthy of a try. For me, the spice blend did not do it for me the way that a tikka would. But that is a matter of personal preference.

Would I buy this again? Whether or not you like this will come down to personal preference, but Trader Joe's Indian Fare Yellow Tadka Dal was well spiced, but I prefer their Masala dishes. On a personal level, this is a no. But this is still better than anything I had that came in a box or a can from Trader Joe's. It's just not frozen Indian entree awesomeness.

After being cooked and placed on a bed of rice: 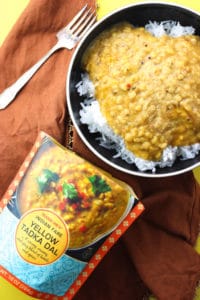 Trader Joe's Indian Fare Yellow Tadka Dal makes for a quick meal there are some drawbacks;