The pros:  Trader Joe's Organic Ginger Zinger tastes like a combination of lemonade and flat ginger beer. This is also going to be polarizing item where you love it or hate it.

The cons:  Unless you like flat ginger beer, then you might not like this. You'll also have to shake this as a good amount of the product settles towards the bottom of the bottle.

I like lemonade and I like ginger beer. My husband is the same way. I prefer lemonade, he prefers ginger beer. So I brought home this product as a perfect union of flavors. Except, it wasn't.

This combination worked for neither one of us, which based on our preference should have worked. For me, I'm not totally fond of the heat that ginger can sometimes bring. When I have ginger beer perhaps its the carbonation that helps, or in the case of Trader Joe's Jalapeno Limeade, tequila helped too. This was sweet, sour, and a bit spicy. I actually pondered putting the beverage into my Soda Stream, but didn't want to risk messing up the Soda Stream device. However, this is another example of a just ok beverage that can be made into something much better (my recipe is at the bottom).

My husbands commentary wasn't as kind. He said it's what he imagined lemon scented bathroom cleaner to taste like. Ouch. As a combination, it should work on paper, but for us just doesn't work as is. It's almost as caloric as regular juice and it's second ingredient is sugar. This might have been a more successful product if it were lighter or perhaps carbonated. As is, I'll try to use it as a drink mixer. But even a Moscow Mule requires a bit of carbonation.

For $3.49 for 32 ounces, we did not find it enjoyable on it's own. However, with a little bit of creativity, this can be made more tolerable. There are some drinks I just wish that Trader Joe's would just admit that they are just better with a bit of booze. However, without a little bit of time behind our bar, this is a drink that would have ended up down the drain. See my recipe at the bottom for a drink idea. It's a bit specific, but it does work.

Here is the visual breakdown of what you get when you buy Trader Joe's Organic Ginger Zinger: 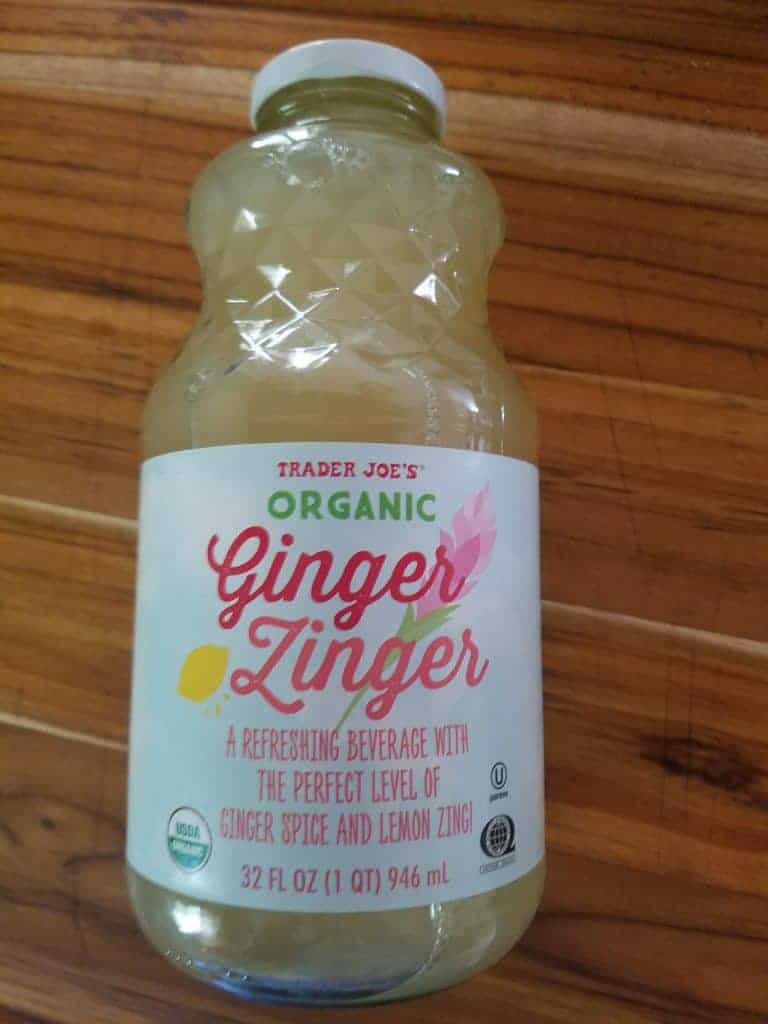 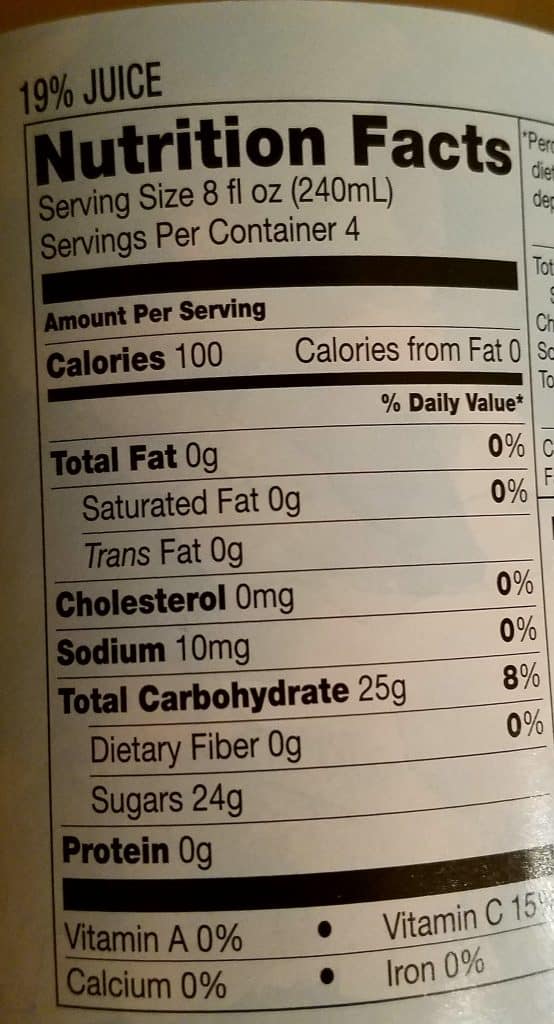 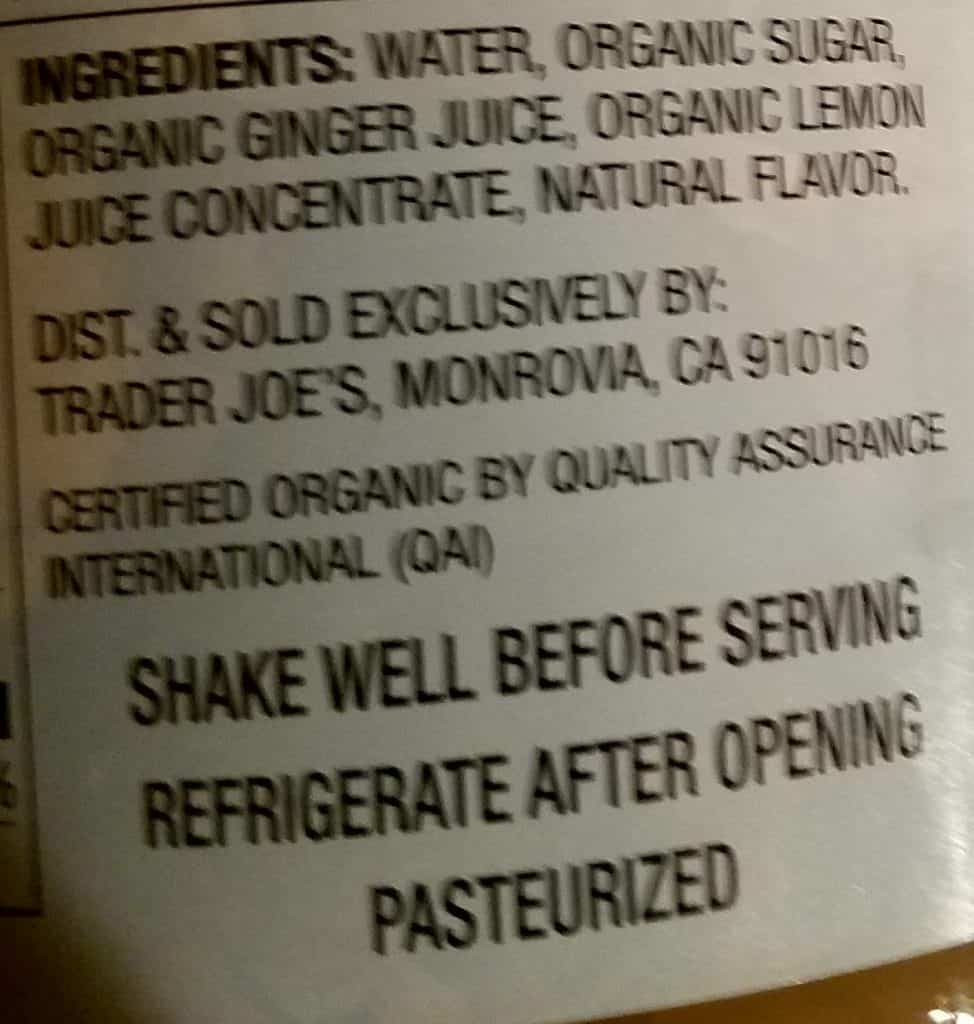 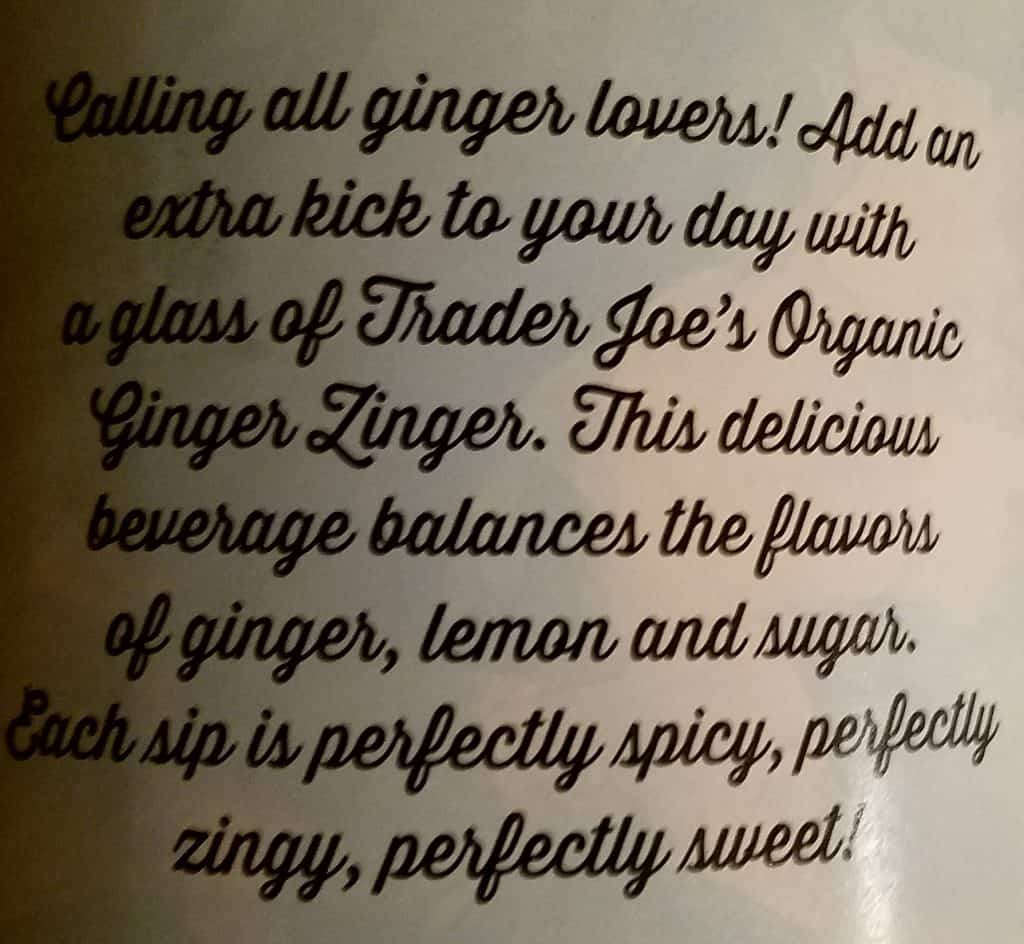 Would I buy this again?  I'm not crazy about Trader Joe's Organic Ginger Zinger plain. With the right ingredients it was enjoyable. For me, the recipe below was the "right" ingredients to make a Ginger Lemon Drop Martini. It's strong on lemon with a touch of heat. I opted not to use regular vodka. I used a brand called Deep Eddy Lemon that might not be available everywhere. No, they aren't paying me to say that either. If I like something I let you know. It violates all the rules on what a vodka should be: odorless and colorless. However, I've found it to be my preferred lemon vodka. Could you substitute another brand of lemon vodka? Yes, of course. 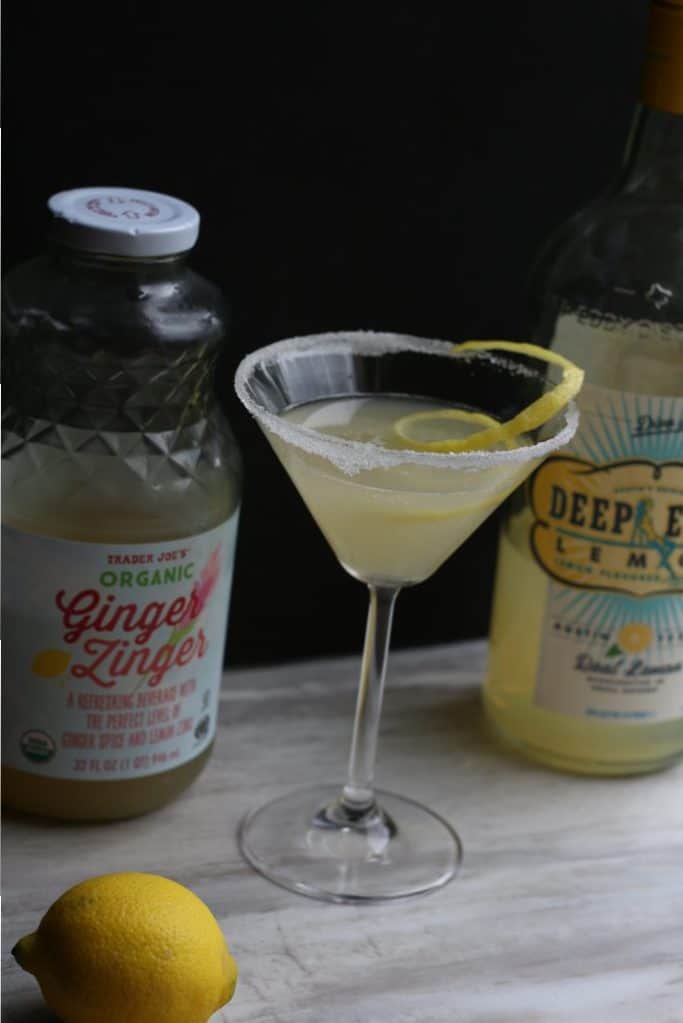 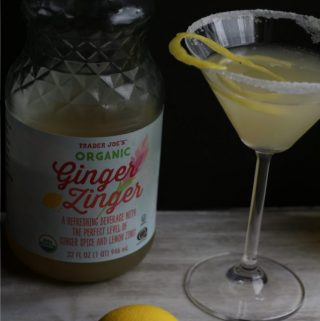 This recipe requires two sort of specifc items: Trader Joe's Ginger Zinger and Deep Eddy Lemon Vodka.  Deep Eddy violates a lot of "rules" about what a vodka is: colorless and odorless.  It's full of fresh lemon, aroma, color and is in my opinion one of the best lemon vodkas out there.
5 from 1 vote
Print Pin Rate
This prevents your screen from going dark while making this
Course: Drinks
Prep Time: 10 minutes
Servings: 1
Calories:
Author: Brenda