The pros:  Trader Joe's Apple Blossoms are basically frozen apple pies that are single serve and are tasty and satisfying. Perfect dessert and a really good one as we head into the fall season.

The cons:  Calorie count. It's a dessert and most of the calories here are coming from the pie crust. One of these blossoms is 50% of your saturated fat for the day.

The verdict:  I know it's only August, but before you know it the BBQ will be put away and the holidays will be upon us. I love the holidays. I do actually cook and bake (aside from reviewing items on this blog). However, when it comes to the holidays I have one gripe. If you are making desserts for a family get together, it frequently means that people will likely say "I'm too full for dessert." That's probably why I've shifted into making appetizers. I picked these up as my Mother in law recommended them to me. Now I'm pretty sure this will be my go to dessert for company.

Apple pie has a place in the American holiday diet. It even appears in fast food places. One of the best variations I've come across is this little Apple Blossom. Basically, it is mini apple galette. It's not fully covered in pie crust, it just has the pretty pastry pleats. It's really well done. It has same familiar crust that will remind you of some previously discontinued items like Trader Joe's Pear and Persimmon Tarte. The crust on that was like a cookie. It was a sweetened pie crust. Somehow, this manages to satisfy a sweet tooth without going overboard.

The filling had good cinnamon flavor and the apples have good texture. There wasn't a ton of filling, but this is only supposed to serve one. This is a great dessert to serve if company is shy or full. I'm pretty sure everyone has that one family member who we remind to give us a small slice but manages to try to give you a quarter of whatever dessert is present. I was raised in a household where we tried not to waste food, which leads to the inevitable "no thanks" for dessert. However, one blossom can be shared as well. A nice cut down the middle would solve some home diners dilemmas.

The highlight here is the price. I've you've ever made dessert, it's not a quick thing. It's time consuming if it's done right. For $2.29 for two, these are vastly superior to what you could get on any dollar menu. I would repurchase this before the holidays. However, at 350 calories each this is not a weekly item I would buy. If I knew I was hosting company, I would buy a few boxes. 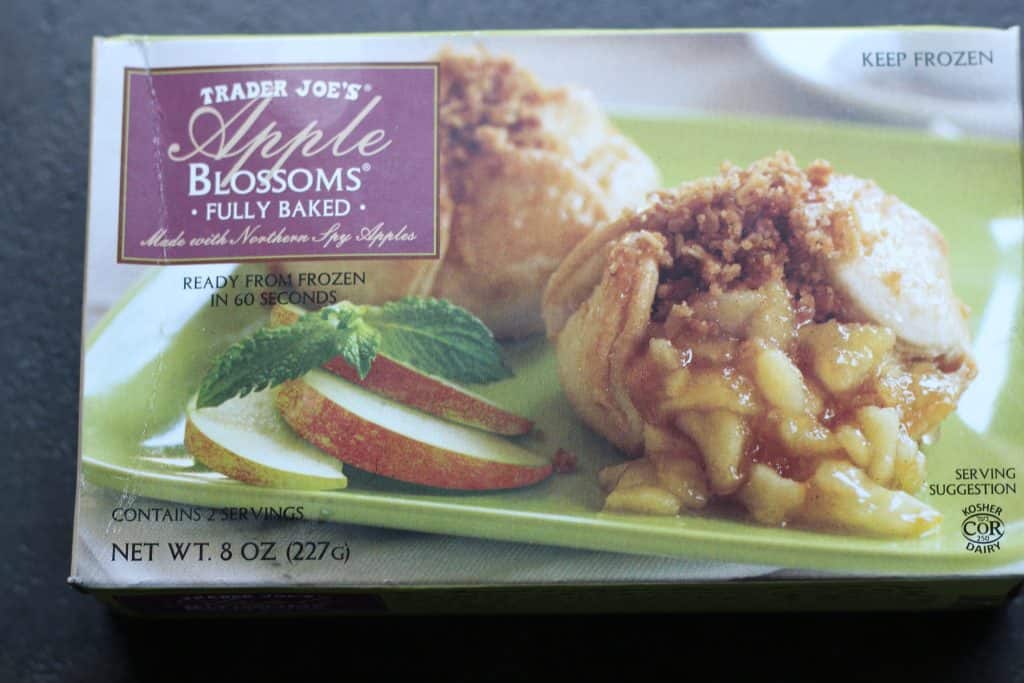 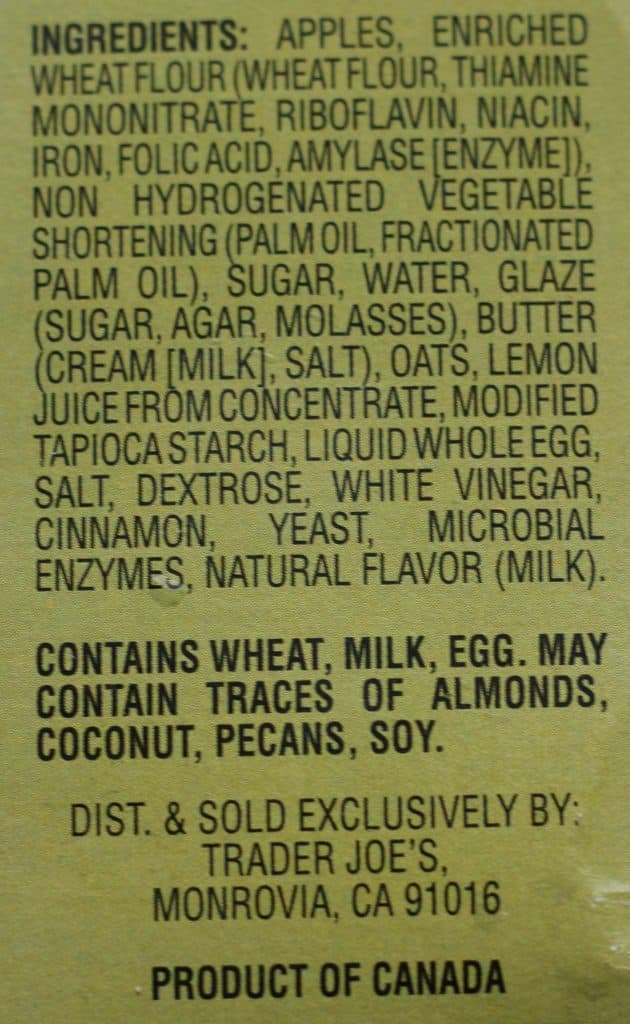 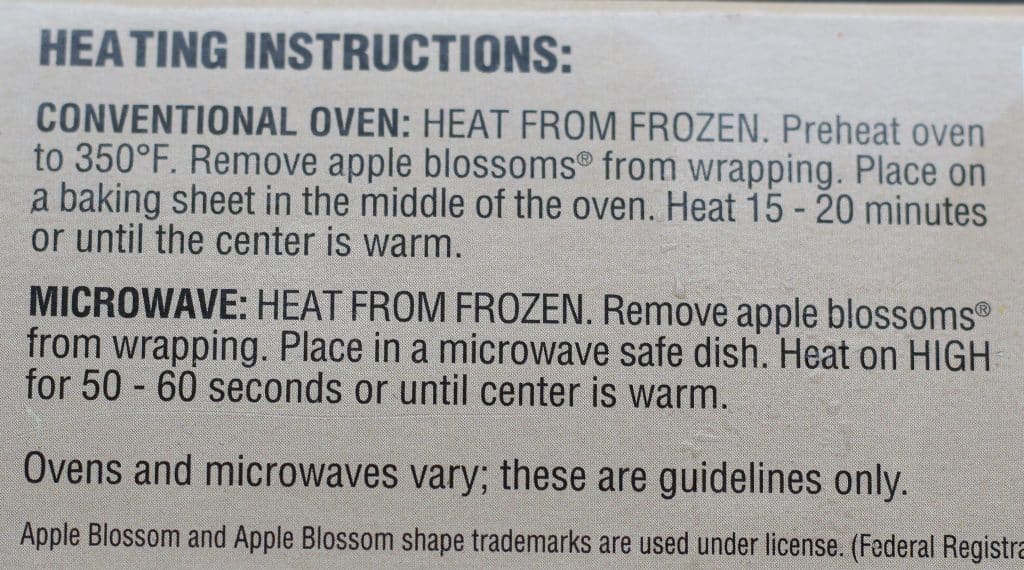 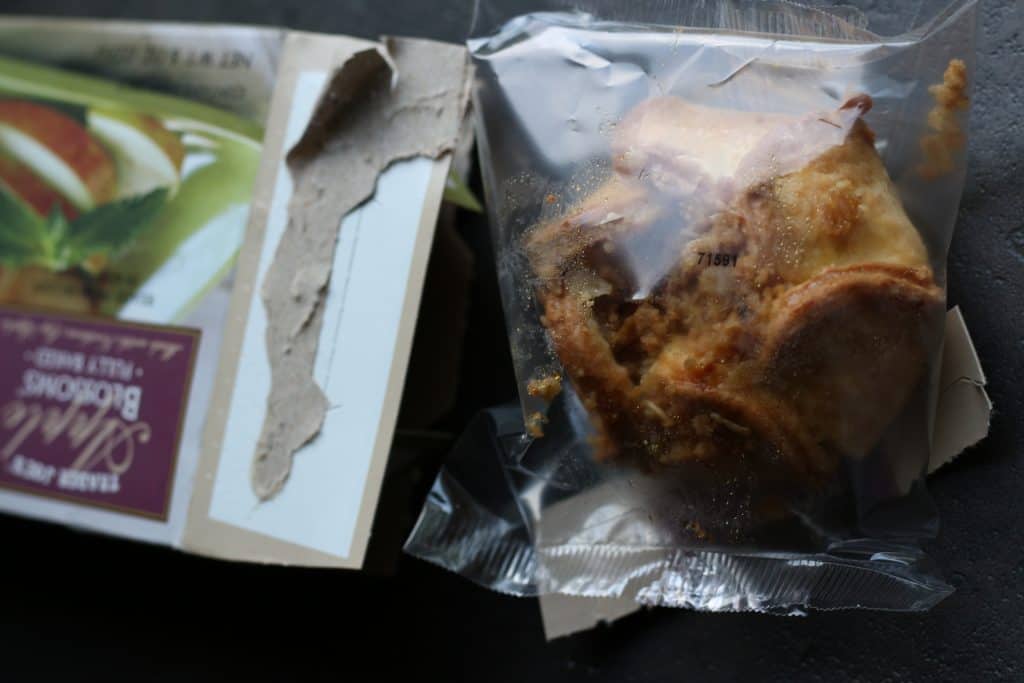 After being baked you get: 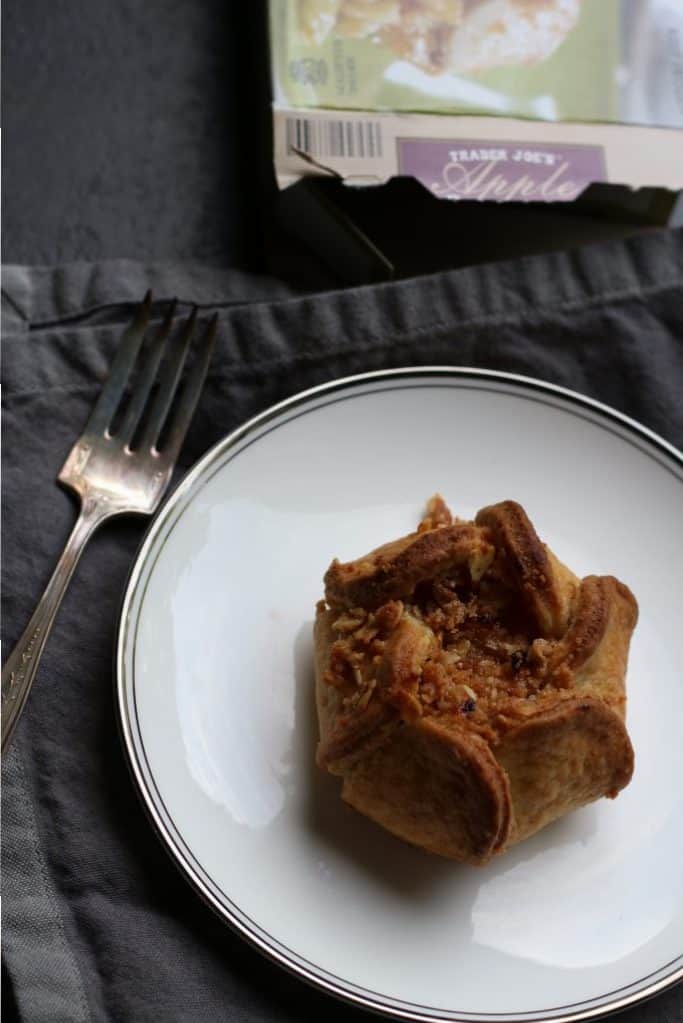 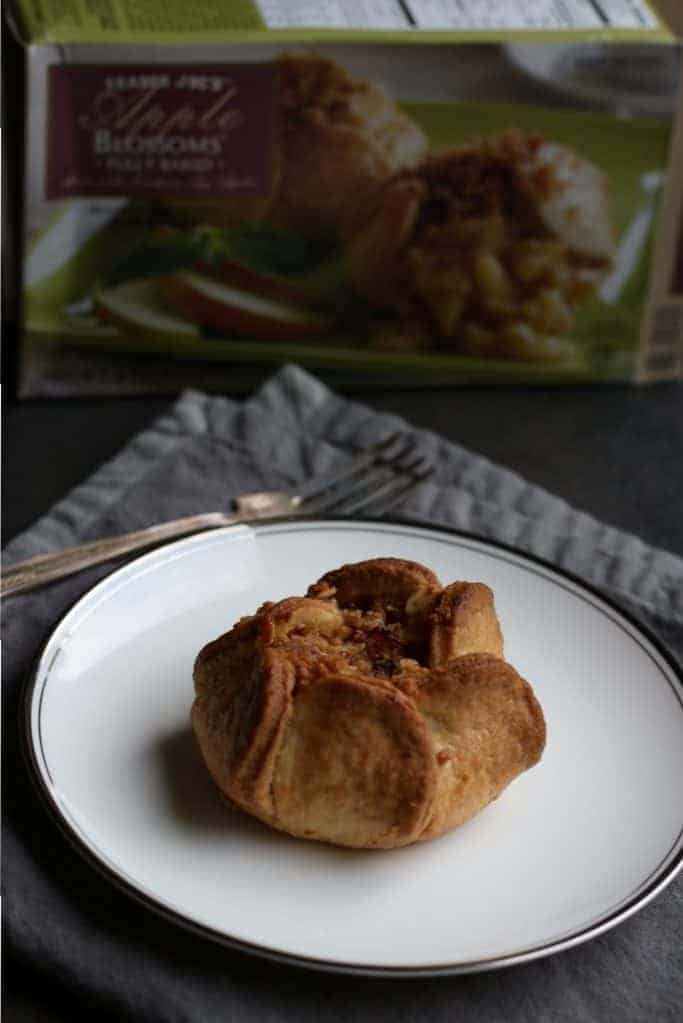 Would I buy this again?  Yes, Trader Joe's Apple Blossoms would impress company, looks like you spent hours in the kitchen for about the same cost as those apple pies that you might get from the golden arches. However, the taste here is vastly superior. It won't make the weekly shopping trip, but might be better in the long run than making an entire pie that company only might only want a "sliver" of.

Want to see more items I've reviewed from Trader Joe's? Click on Thoughts & Reviews of Trader Joe’s for a searchable list of 500+ reviews.