The pros: Trader Joe's BBQ Chicken Pizza is loaded with toppings which makes for one filling pizza.

The cons: Smaller than some pizzas in the frozen pizza. Not a traditional pizza which might not sit well with purists. Has cilantro on it, so if you are not a fan of that flavor you might want to avoid this.

The verdict:  For $4.99 you are getting a fully loaded pizza that has as many toppings as the thin crust will allow. This is not a pizza in the traditional red sauce and mozzarella type of way. In place of the red sauce is the BBQ sauce. That BBQ sauce has a tomato base which will make it seem a little bit more traditional, but the spices make this more of a different dish. The BBQ sauce is tangy as well. There is a lot of smokey flavor that comes through here. It's in the Gouda, the chicken, and the BBQ sauce. There is enough cheese to satisfy as both Gouda and Mozzarella are present.

Trader Joe's didn't hold back on the amount of chicken on this pizza. I'm surprised the thin crust did such a good job of holding it up. The onions were cooked but still had a bite to them. The onions did add a nice touch of extra flavor and texture. They were also a nice contrast in flavors to everything else presented here. There is just a bit of cilantro here, but not a lot. I always make it a point to mention whether or an item contains cilantro. Believe it or not, to a part of the population they are tasting something completely different. I adore the taste, while my husband can't stand it. He says it tastes like soap. Why is this? Well, genetics.

Overall, I enjoyed this. If you like BBQ chicken, then this is a good option in the freezer aisle. As a dish, it's got some good elements mixed together with a crisp crust. It's a very unexpected pizza and it works. After a slice and a side salad, I was full. It didn't amaze me, but I found it to be a solid choice. I'd buy it again.

If you do buy it, then this is the visual guide of what you can expect with this product. 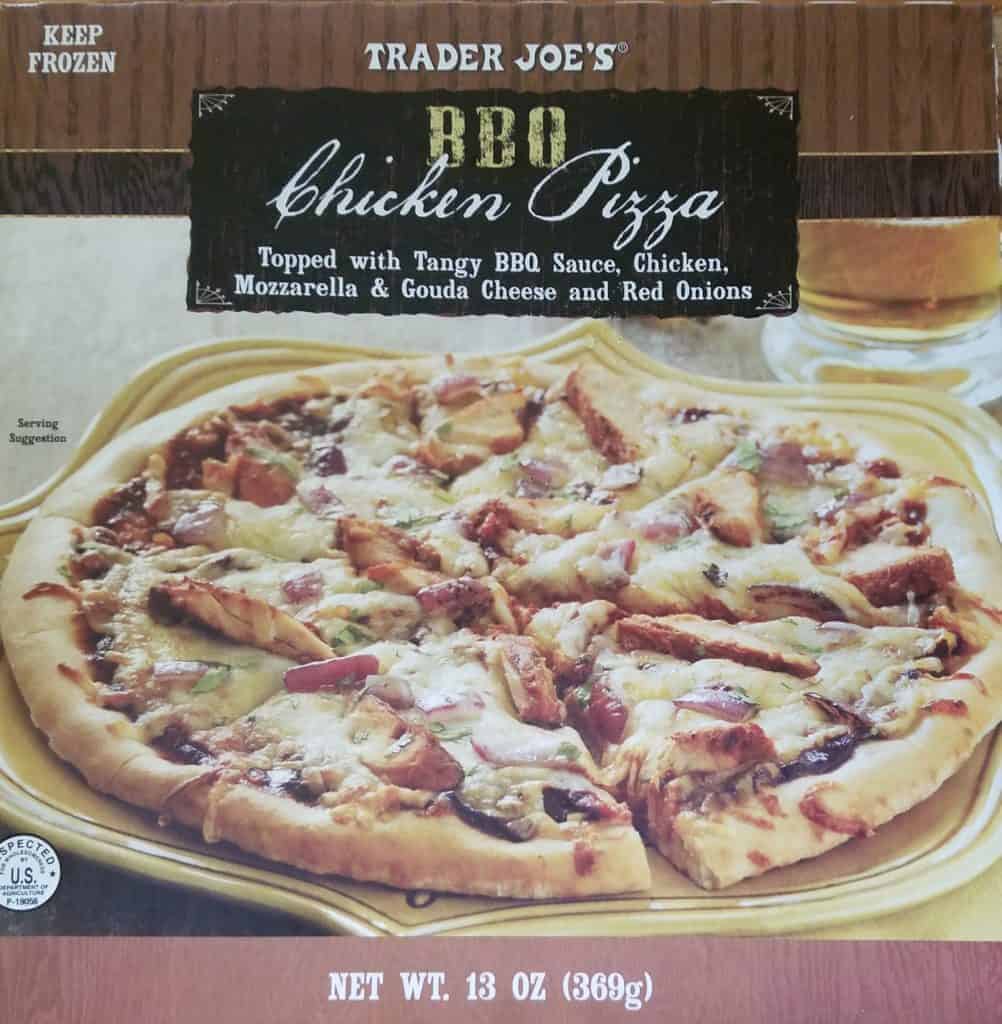 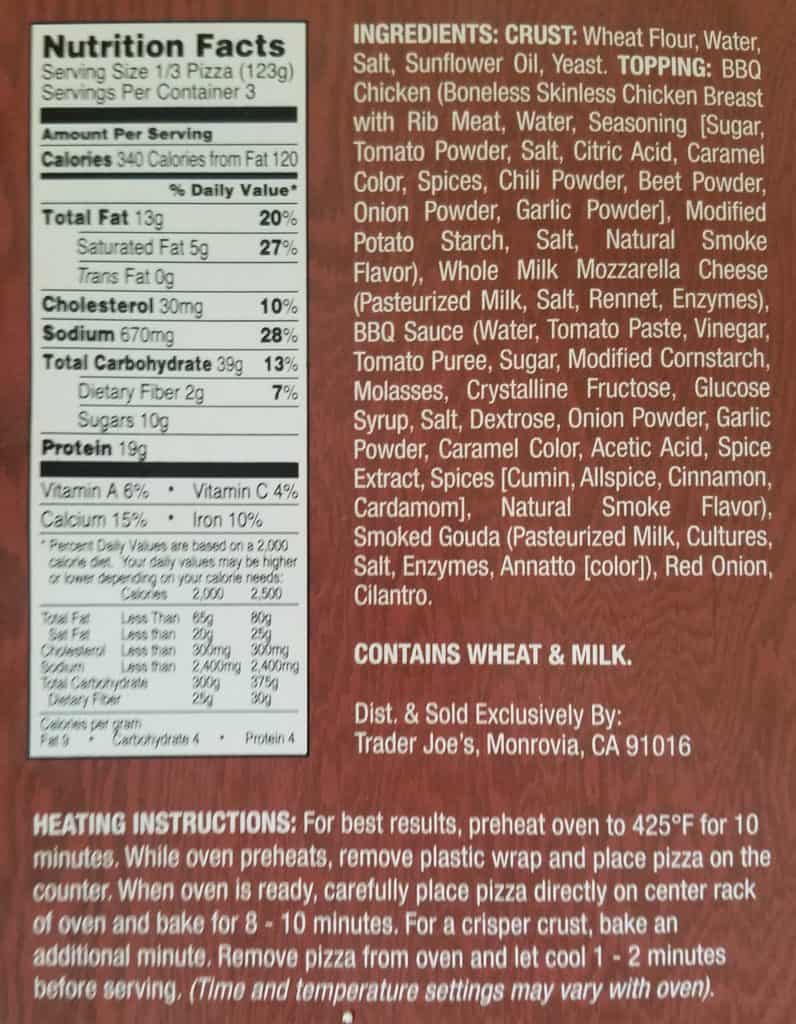 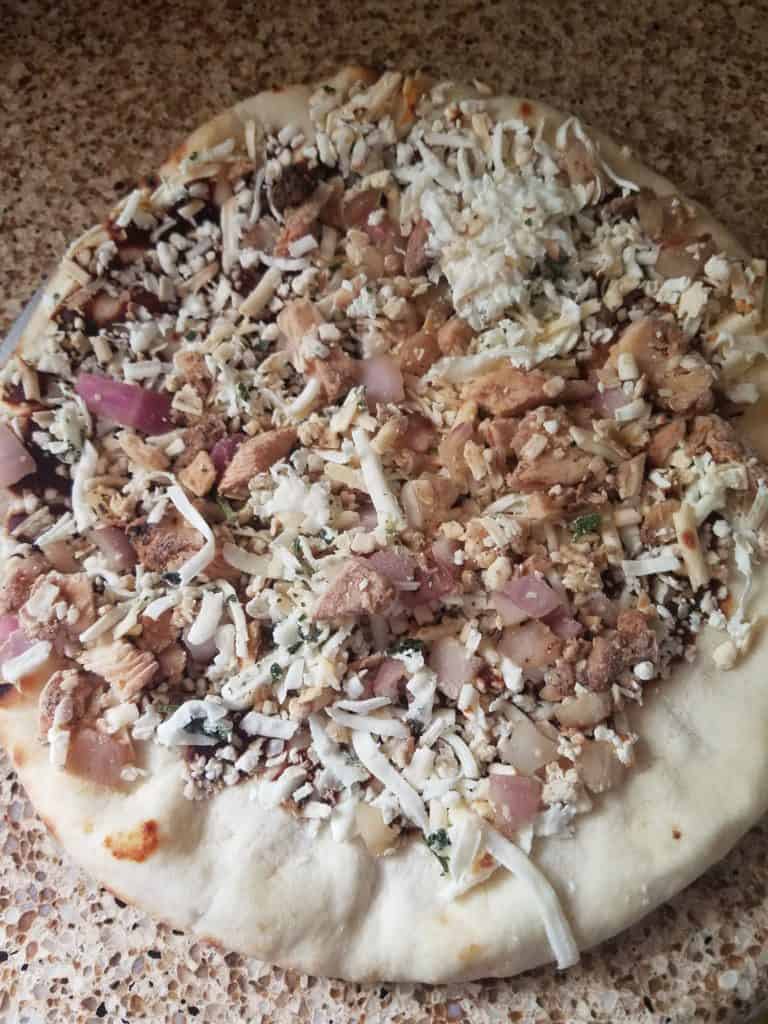 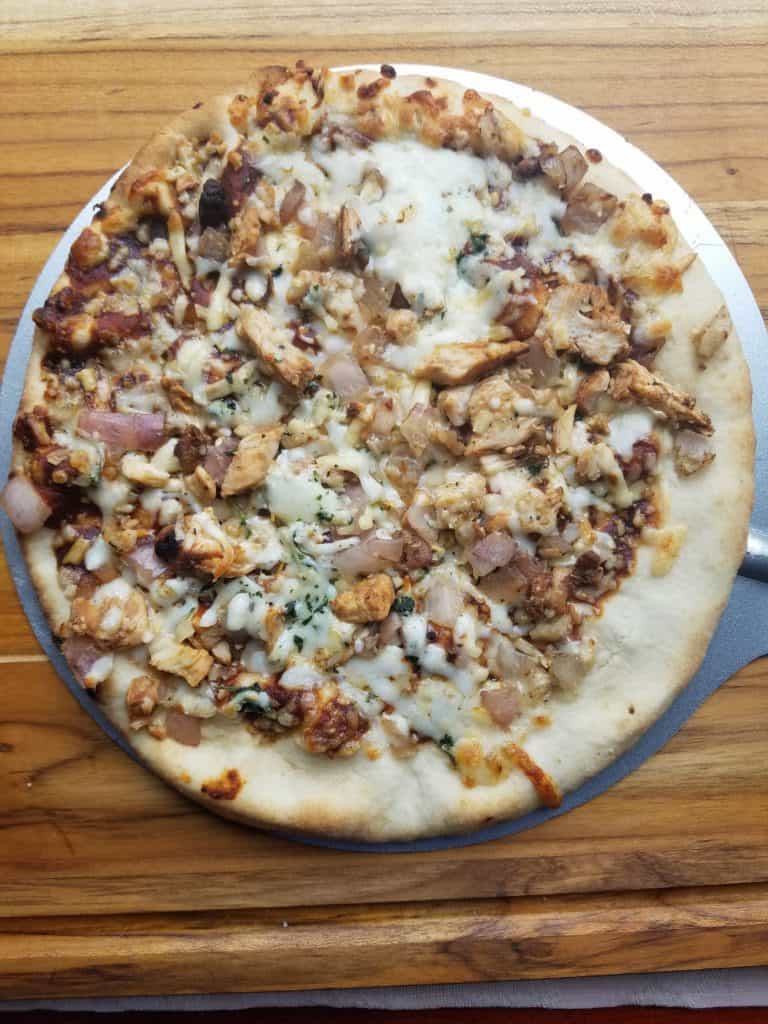 Would I buy this again? Yes. Trader Joe's BBQ Chicken Pizza was a refreshing change to regular traditional pizza, I enjoyed this and would absolutely consider buying this again. It won't make the weekly list, but has good elements without being traditional.