The pros:  Trader Joe's Blackberry Spritzer is more flavorful than seltzer, but don't expect it to be the blackberry equivalent to grape soda.

The cons:  Non resealable top which mean you are going to lose carbonation if you wait a day or two to drink this. You'll also require the assistance of a bottle opener.

The verdict:  For $3.49, it's pricey for 25.4 ounces. It also comes in a pretty but not resealable bottle. It would probably be better if it came packaged like Trader Joe’s Triple Ginger Brew. Packaging aside, the flavor here is more pronounced than a fake seltzer flavor but not nearly like a grape soda. It's somewhere in the middle, even though the color of the drink would have you believe it'll be as sweet and super blackberry-ish. It's good, but it's not something I would repurchase yet. This reminds me less of winter and more like summer given how light this drink is. I do believe this has great potential to be a fantastic mixer in the place of club soda. In fact after a very long week at work I came up with Trader Joe’s Blackberry Spritzer Mojito Recipe. 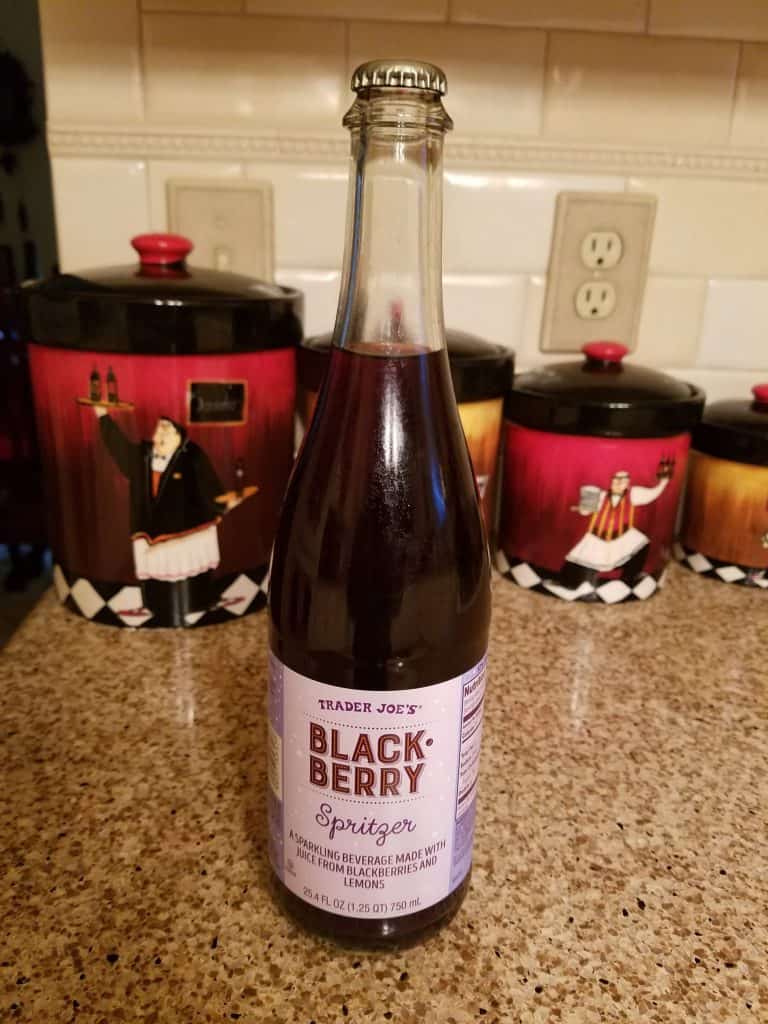 In a glass (now you'll understand the grape soda analogy): 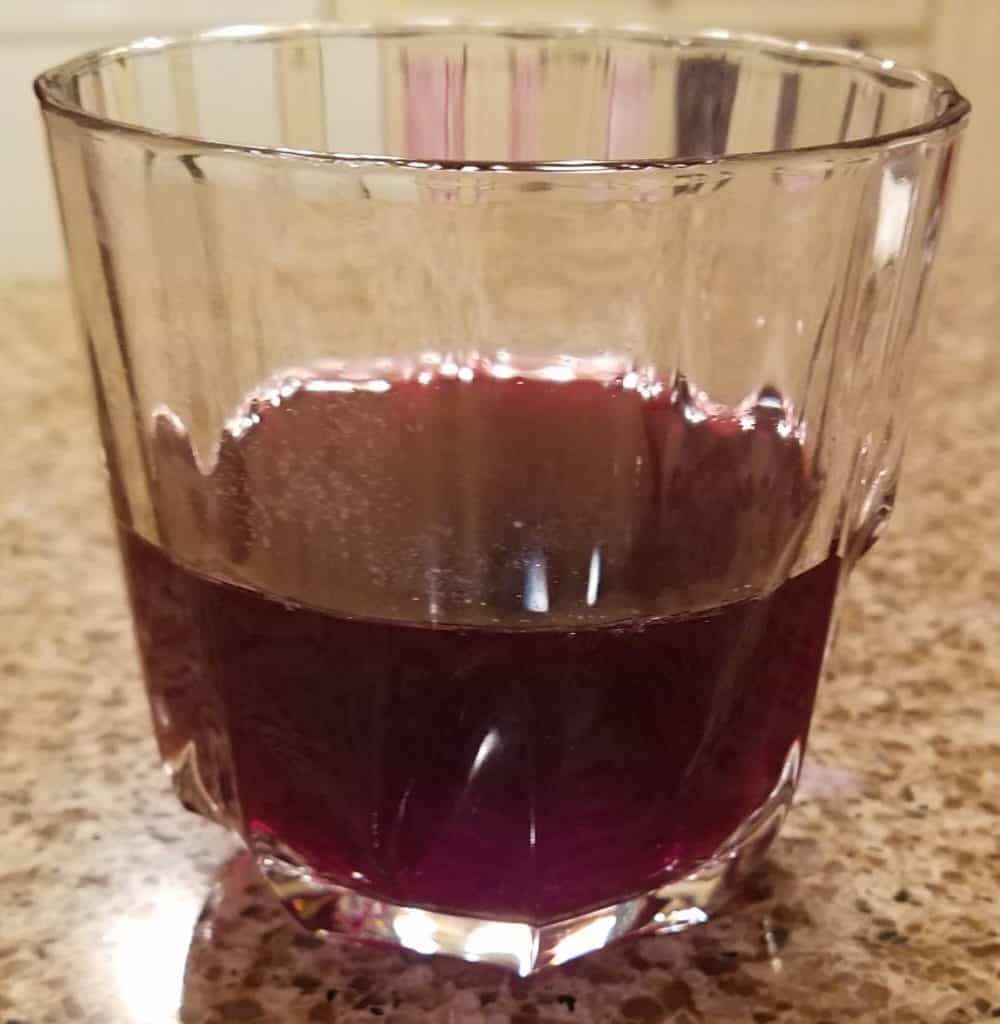 Would I buy this again? It's plain, it drinks more like a summer drink, it's very light and half the calories of a regular soda. But it also only has about half the flavor. It's tasty, but for me it's not worth repurchasing to drink on its own. Is it worth a try once? Yes. Have I found a new use for it? Yes! Meet my Trader Joe’s Blackberry Spritzer Mojito Recipe. So as a mixer, I'd repurchase this. 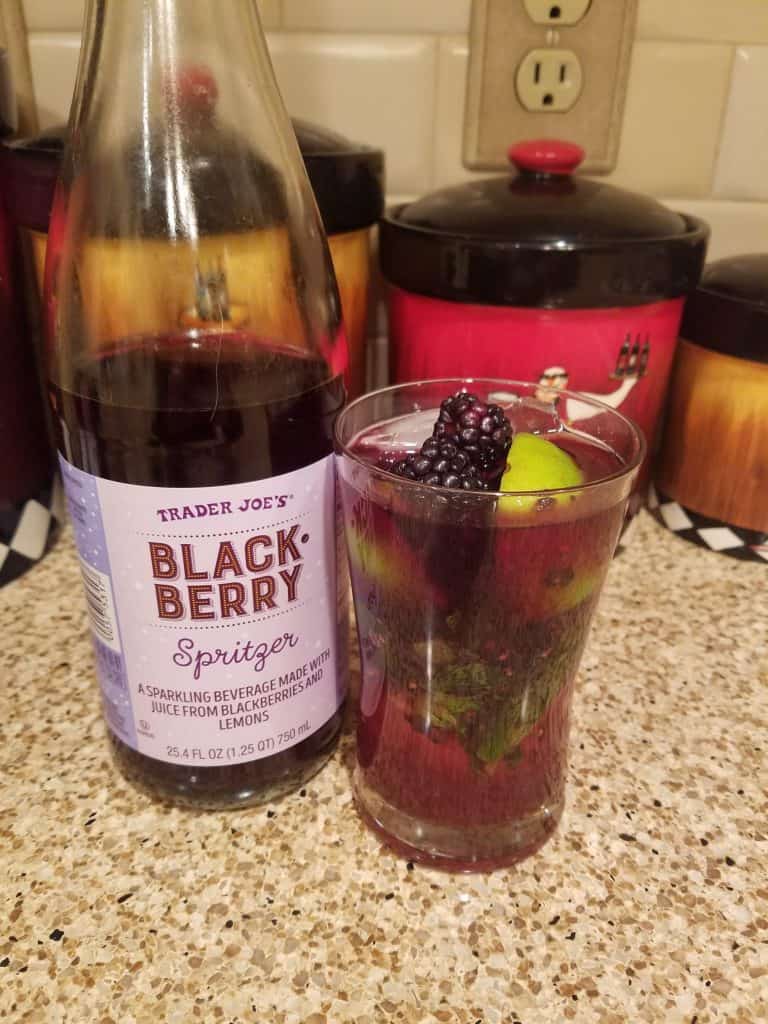