The pros:  Trader Joe's Chocolate Almond Butter Tarte is a nice combination of chocolate from the crust, to the ganache and ribbons. Almond butter is present but it does not feel like you are eating an (almond) Reese's candy.

The cons:  The crisp crust wasn't very crisp for very long. The box says you should eat the whole in the in 24 hours.

The verdict:  For $5.99 this is a nice sized dessert that can be shared among several people. There is a very tasty chocolate crust in which there is a thin layer of almond butter followed by another layer of a chocolate ganache. From the freezer I defrosted mine at room temperature for an hour. The crust was firm but not crisp.

It didn't matter because it was tasty. It almost reminded me of a chocolate graham cracker in texture. Above the crust is a thin layer of almond butter which muted some of the sweetness of the ganache, but never made it feel like I was eating a large Reese's candy.

On top of the almond butter was a thick layer of chocolate ganache. It was sufficiently chocolatey without going overboard. On top of the ganache there is slivered almonds and chocolate curls for some added texture. Overall, this makes a great dessert to share as there are four servings.

If you have a large enough dinner, you'll have more than enough here to share among four people. This is best if eaten within 24 hours as the crust was getting softer as time went on. Trader Joe's walked a fine line of chocolate overkill with this.

By having the almond butter it muted the chocolate ganache which avoided the overkill and kept this quite pleasant to eat. It had nice texture and is a nice touch of sweetness to end a meal. I'd buy this again to keep in the freezer in case company stopped by. 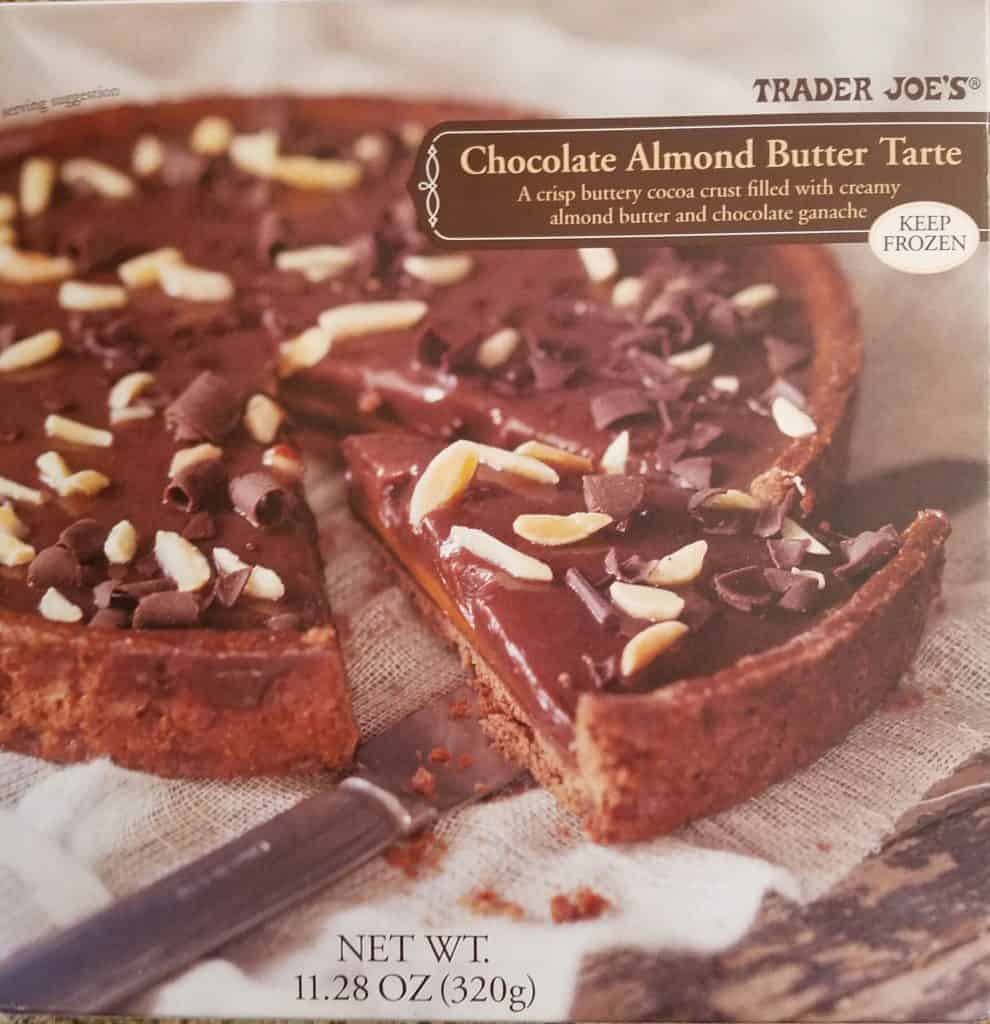 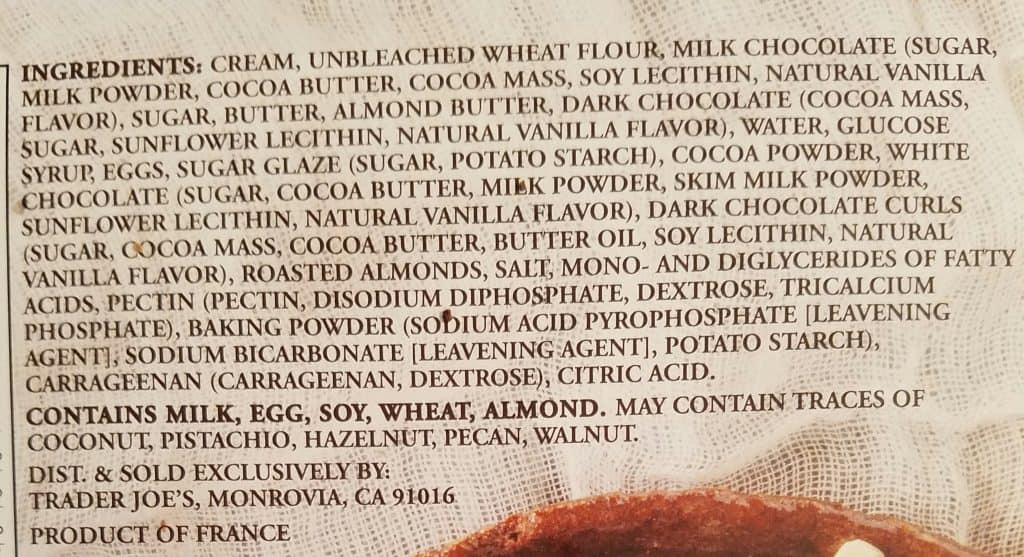 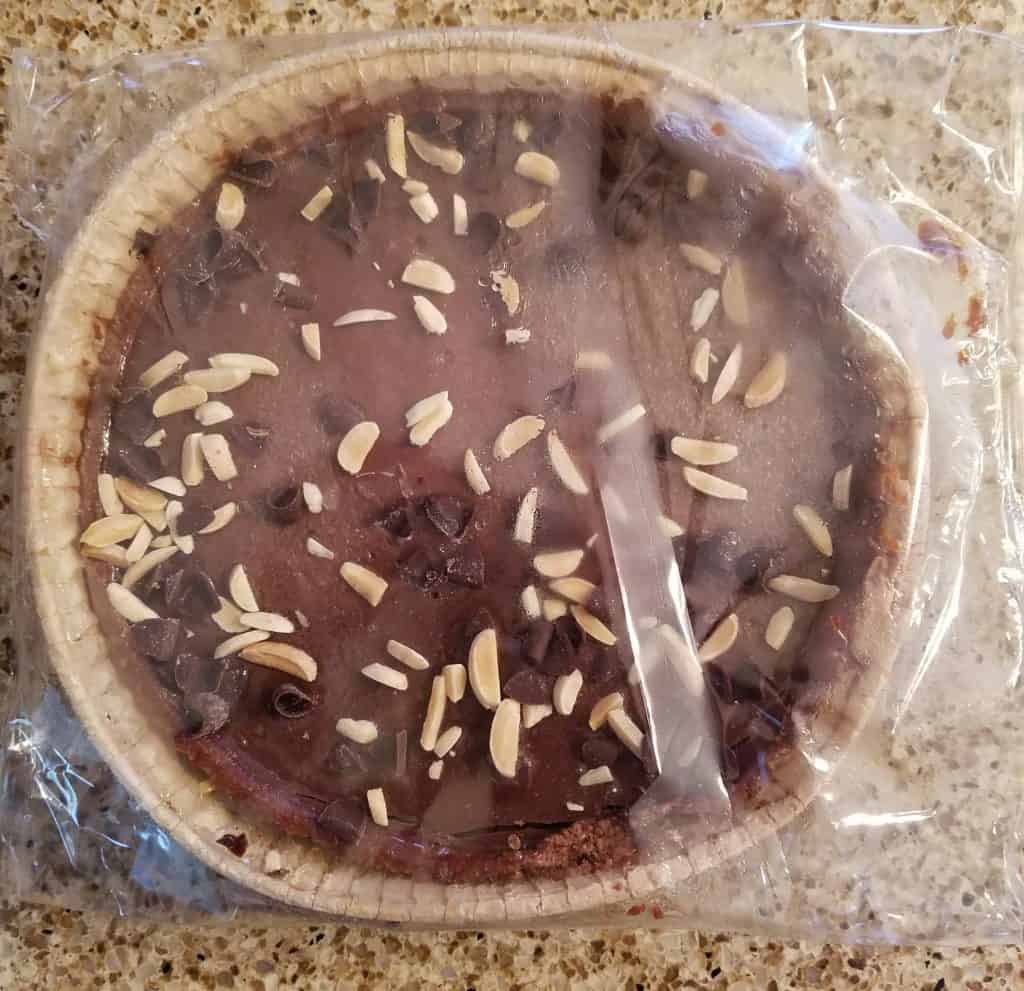 After being defrosted and removed from it's outer paper crust: 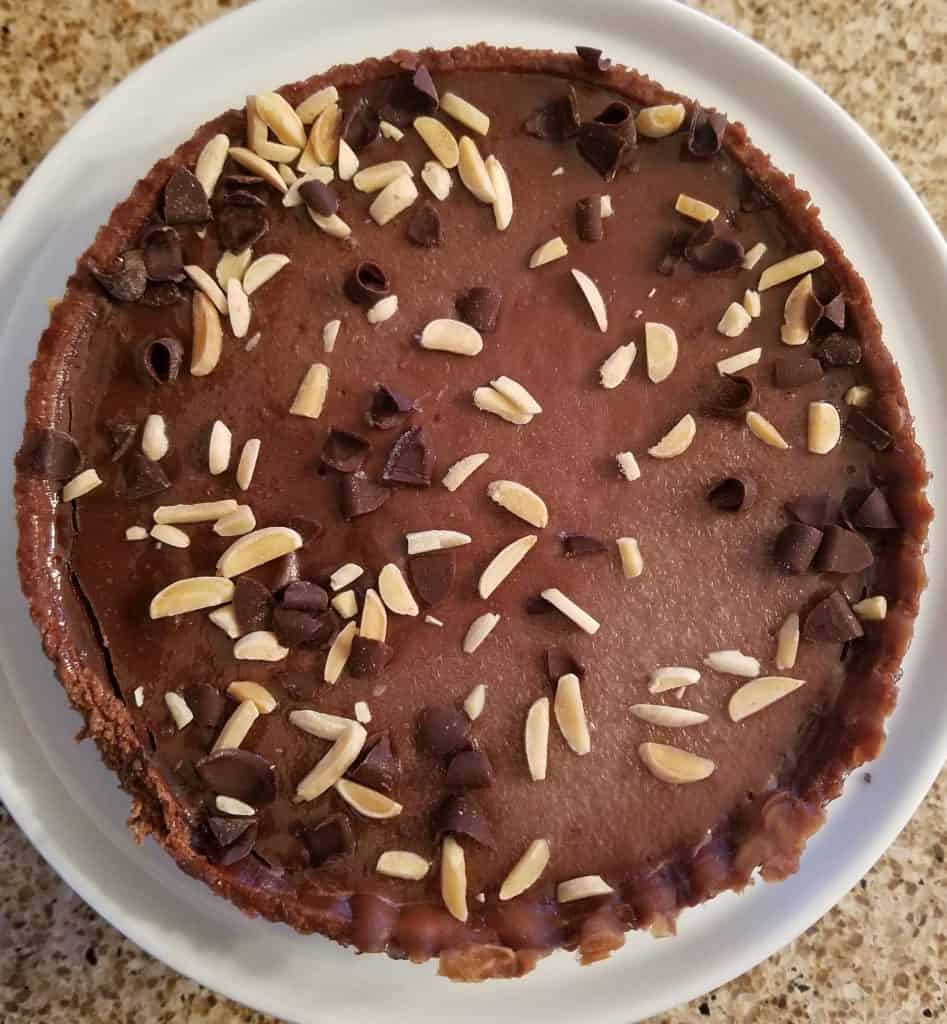 Would I buy this again?  Yes. Trader Joe's Chocolate Almond Butter Tarte isn't something I'd sit down and eat on a regular basis, but it's nice to have in the freezer in case you have company.