The pros: Trader Joe's Cocoa Almond Cashew Beverage is a fantastic substitute for those who can have nuts but are dairy free, soy free, gluten-free or vegan. It's also darn good if you also want to change. This is ultra pasteurized so it is shelf stable.

The cons: Not as smooth as chocolate milk, but this isn't a milk product. Price. This is more expensive that buying Trader Joe's Almond Beverage by the half gallon.

The verdict:  Recently, I saw a meme on Instagram that made my foodie heart smile. It said something along the lines of "I hope 2018 is as kind to me as 2017 was to cauliflower." Now, if you've been shopping at Trader Joe's for any length of time you've seen the evolution of cauliflower into everything. From riced, to stuffing, to pizza crust, it was clearly the food item of the year on both their end and the consumers end. Now, I'm beginning to wonder if cashew might be the food they sneak into everything in 2018. You see, cashew is unique in the fact that it adds a creaminess that is pretty close to dairy.

In fact, when I tried Trader Joe's Vegan Pesto I noticed how I did not miss the cheese. Clearly the cashews had done their job. Here, this is pretty close to a chocolate milk that you would buy off of the shelf. Now, chocolate milk off of the shelf does not quite taste the same as what you would make at home with either Hershey's or with Trader Joe's Organic Midnight Moo. I've never been able to replicate the thick and creamy nature there. With this, it is closer in texture to the chocolate milk that you might try to make at home.

So with that as a starting point, this is about as thick as 1 or 2% milk. Yes, it's thicker than skim milk, but not quite as creamy as whole milk even though various thickeners were used. There is a touch of chalkiness from the cocoa here. It does taste like cocoa powder was used instead of a syrup. Otherwise, the pictured glass below had no problems going down. I doubt this will last a week, let alone a few days because it is a good product so as long as you are able to consume nuts. It's a solid substitute for milk, but also good on its own if you aren't in the category of gluten-free, vegan, or dairy-free.

Speaking of the term milk, you'll notice the word beverage instead of "milk." I'm pretty sure the dairy industry had something to do with the new terminology. For $2.29 this is a must try if you are dairy free, gluten-free, or vegan. It comes pretty close to the chocolate milk it is trying to imitate. If you are not any of those but have enjoyed nut milks in the past, then add this to your to try list. Other than a bit of mild grit, most likely from the cocoa, you have a good overall product. Now that I've had it straight from the carton, I can imagine using this in place of my almond milk in a chocolate smoothie. As for the other uses in this, I'll give it some time to experiment. Why? Because I like it straight from the container. 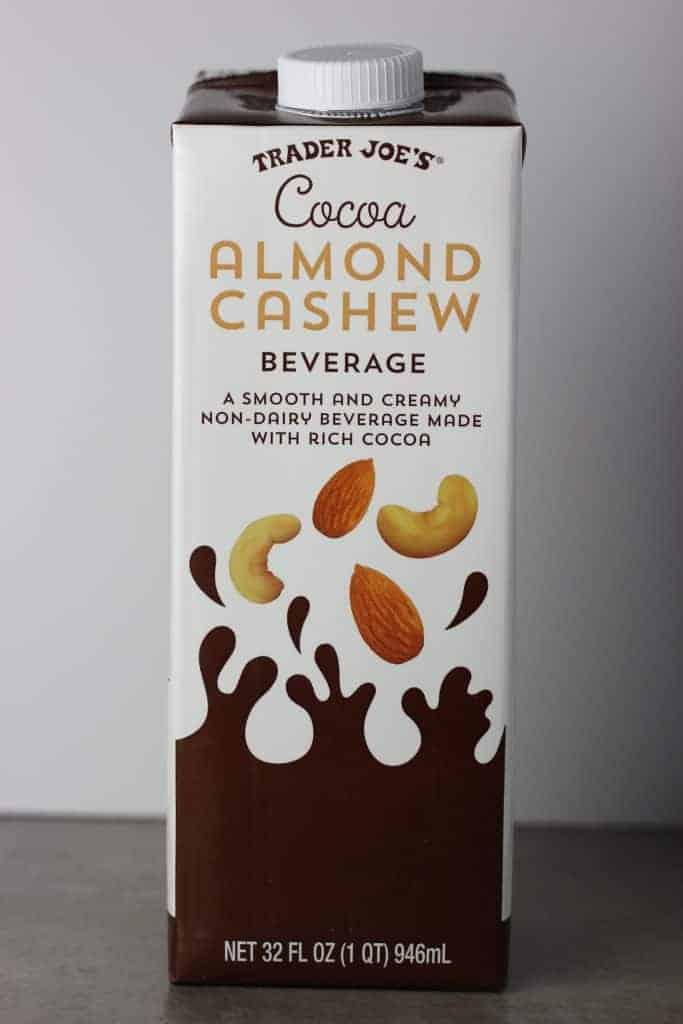 Drinking suggestions as well as other uses: 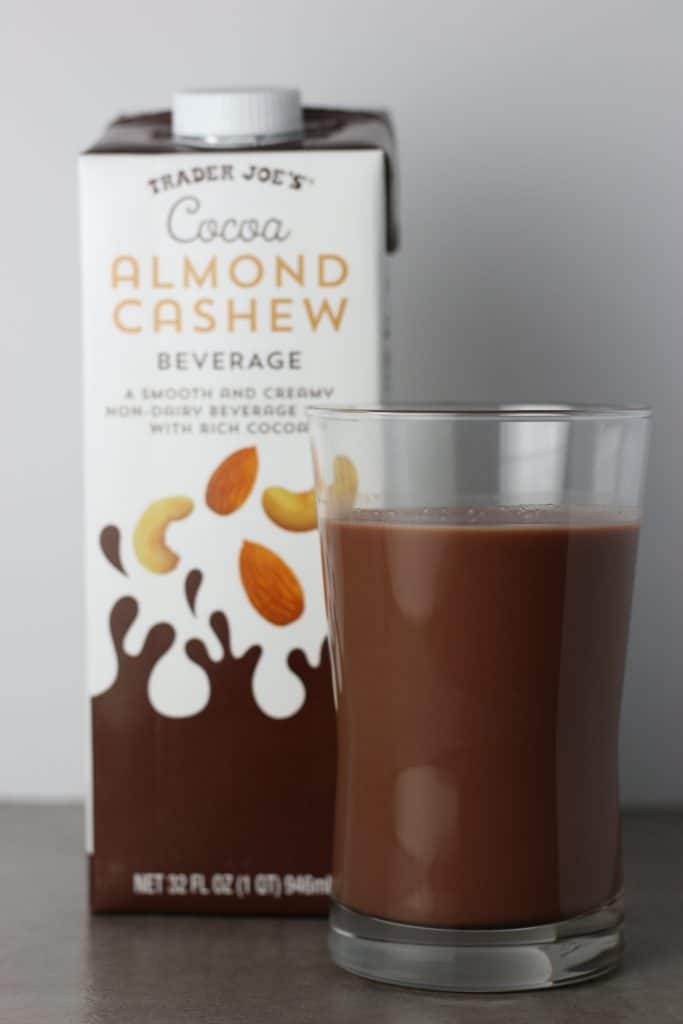 Would I buy this again? Yes, I would buy Trader Joe's Cocoa Almond Cashew Beverage again.