The pros: Trader Joe's Crunchy Cinnamon Squares Milk Chocolate Bar is new to shelves, adds to a line a fun candy bars that are well sized and under $2 each, and has good texture.

The cons: This is a very sweet bar which in the end just did not make me want to go back for more.

The verdict:  So every now and again, Trader Joe's hits us with a candy bar that is completely different from everything else on the shelf. Some basic, some very avant garde flavors. This leans towards the latter, but I think this isn't as well done as it could have been.

Now, when you think of cinnamon square cereal, odds are you are thinking of something that manages to walk the line between sweet and crunchy with a touch of warm cinnamon spicy. Knowing that this type of cereal already leans sweet, I question Trader Joe's decision to use milk chocolate.

Now Trader Joe's has done milk chocolate quite well. Here, it's just an alright milk chocolate. It's nothing that stands out. Or at least it did not when paired with the cereal.

You see the first thing that hit my palate every single time was the cinnamon. Now, this isn't the flavor of a soft cinnamon like true cinnamon. This reminded me of the assertive flavor of cassia dominates most of what we call "cinnamon."

Regardless of which cinnamon is really here, there is still the problem of sweet on sweet flavors. The cinnamon wants to grab your attention in the worst way. And it will. If this were a cinnamon paired with a dark chocolate, then I would say this would have a higher chance at being successful. But, I still did not end up loving it.

The cereal aspect reminded me less of cereal and more of chewing on a Krackel bar. The cereal seemed pretty finely ground up. For $1.99, this was fun to try, but managed to be nothing more than just a bit whimsical and avant garde in terms of pairings. Perhaps too much wishful thinking. It wasn't inedible. I just did not find myself going back to it after a few squares. 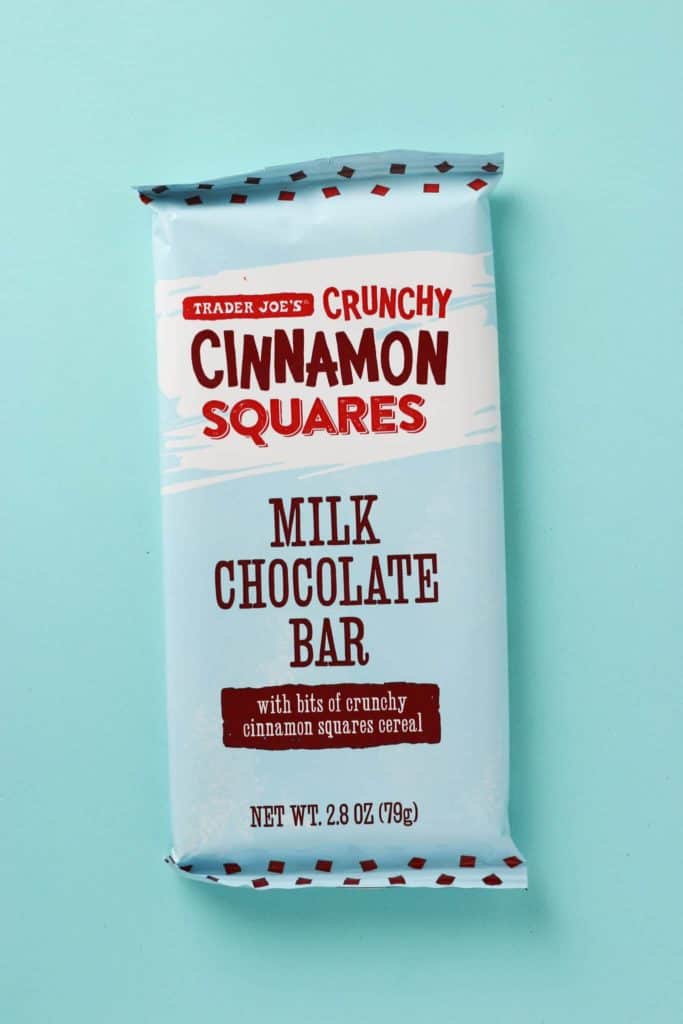 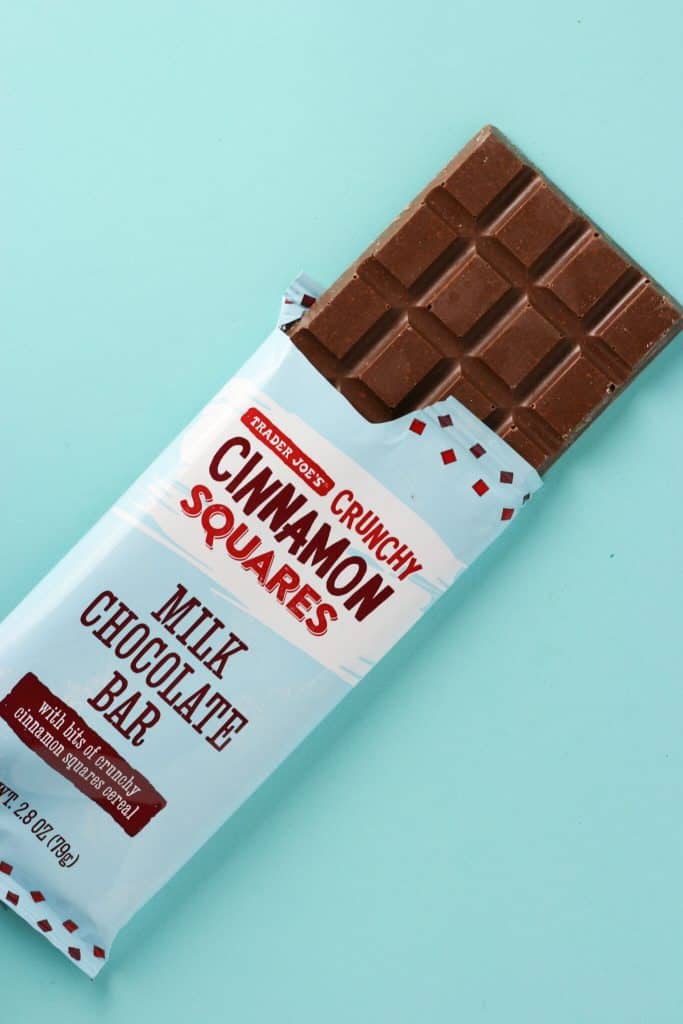 Would I buy this again? No, I would not buy Trader Joe's Crunchy Cinnamon Squares Milk Chocolate Bar again. If it were dar chocolate and cinnamon, it would have had a much higher chance at success.