The cons:  I would have preferred a more tempered chocolate to get a contrast to the smooth caramel in the center. Trader Joe's Dark Chocolate Tahitian Vanilla Caramels should come in a resealable bag so you aren't forced to eat the whole thing. Ok, you aren't forced but you also don't want a wide open bag in your purse of workbag.

The verdict:  For $1.49 this is a tasty item in the checkout aisle of Trader Joe's. The chocolate is nice and rich and the caramel has a nice flavor to it although I wouldn't be able to tell if it's Tahitian, Mexican or from Madagascar. The bummer in this is that there is very little contrast here. The chocolate is velvety smooth and so is the filling. The chocolate was sweet and so was the caramel. The ratio of chocolate to caramel seems like it's 50/50 so you aren't going to get any variation. It's good on its own, but I think this would be much improved if there were more contrast here. A salty caramel would work nicely as would a crisp shell. They're worth a try if you like the dark chocolate and caramel combination.

The bag in the checkout aisle: 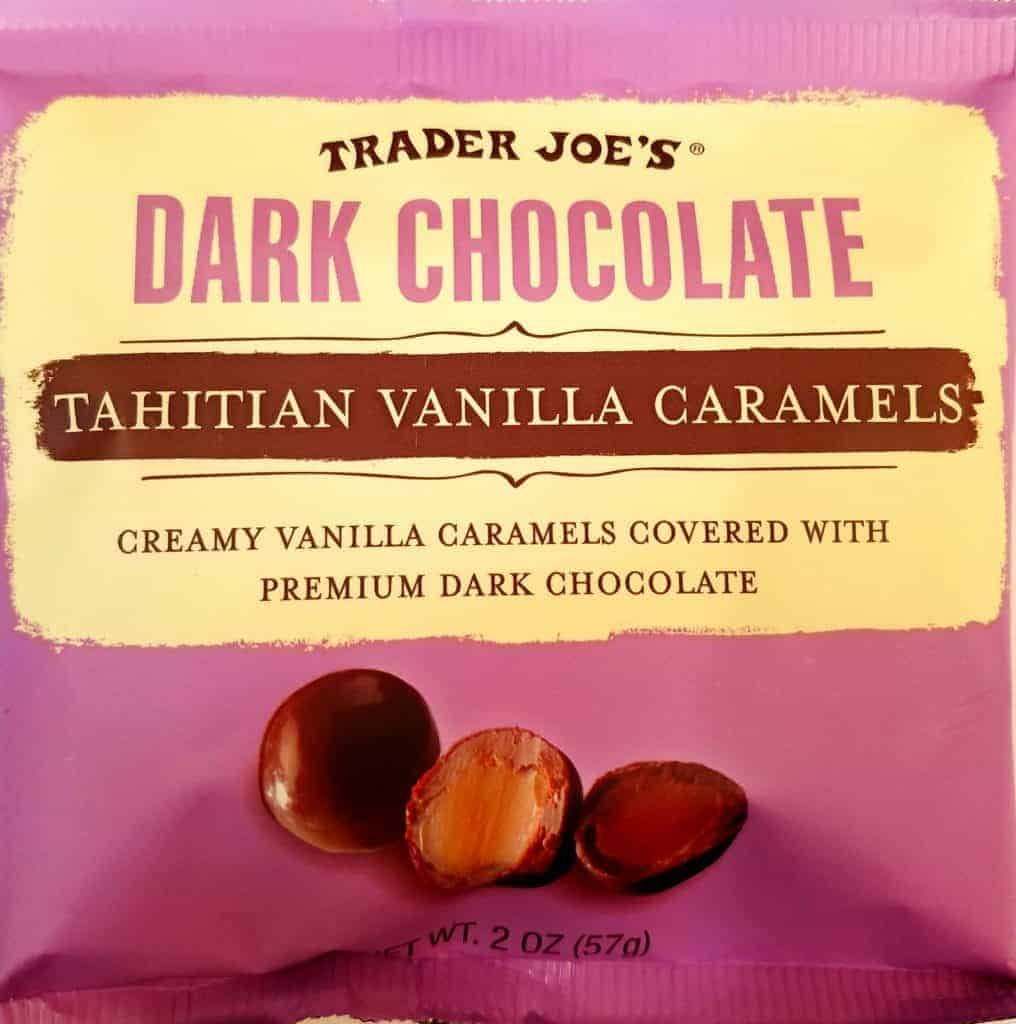 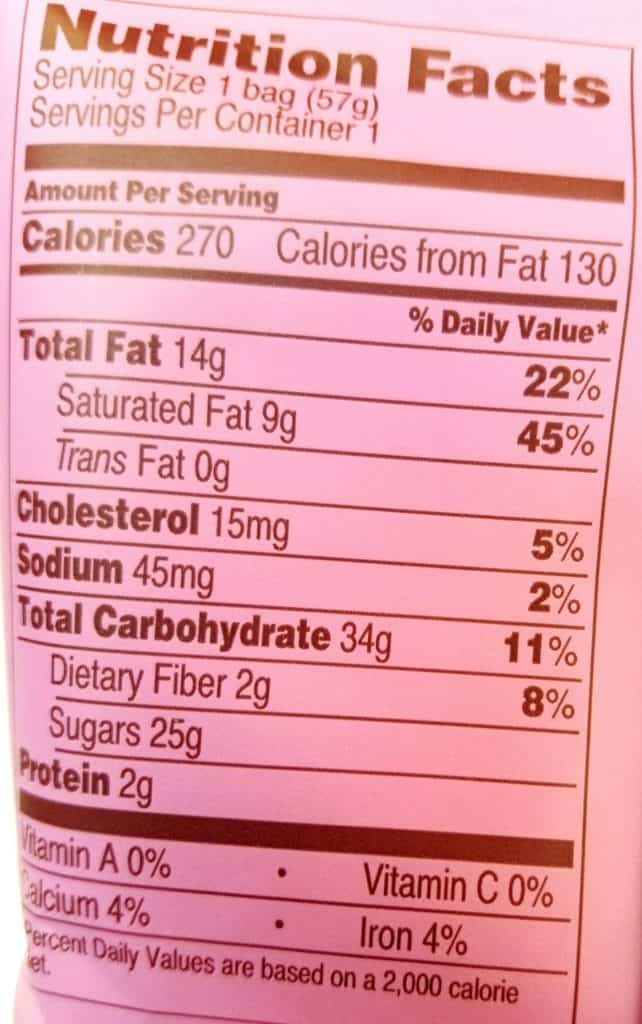 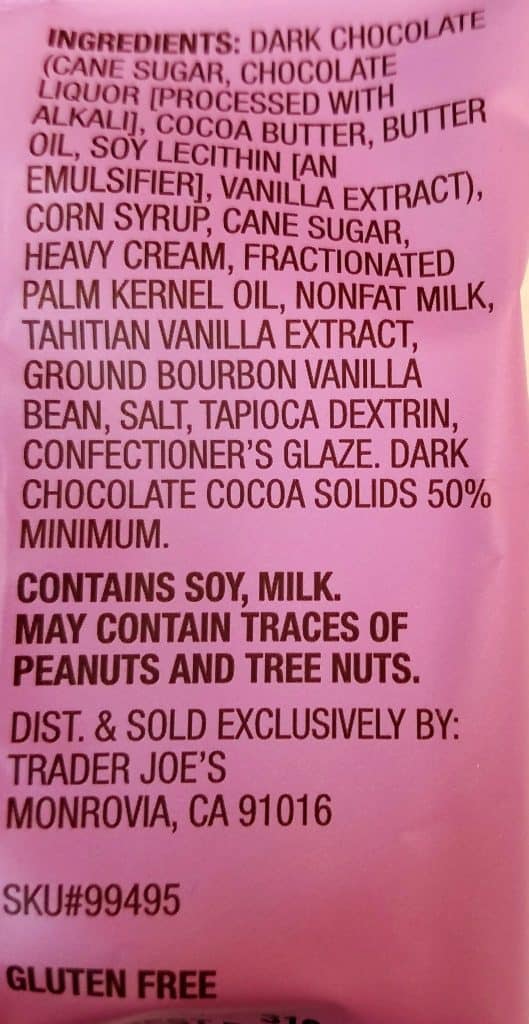 Out of the package you get shiny candies. The chocolate on the right shows you what you can expect when you bite into one of these candies: 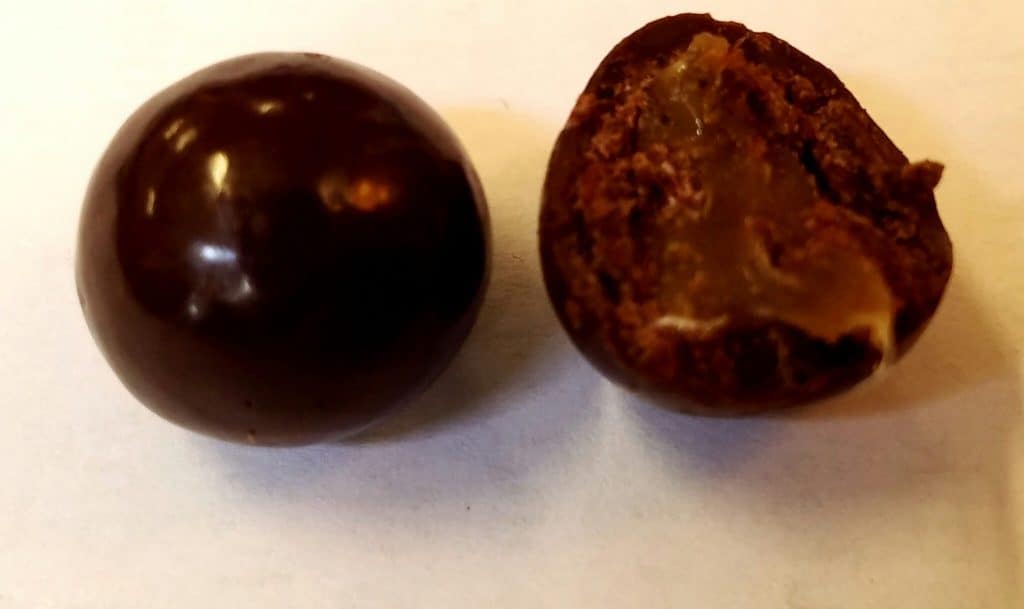 Would I buy this again? Yes, but I'm also ended up tempted by all the good stuff they keep in the checkout lanes. This so far was one of the better choices.

Did you try this? Leave me a comment and let me know what you think!