The pros: Trader Joe's Speculoos Cookie Butter Cheesecake Bites are frozen and a mix of cheese cake, Speculoos cookie crust and cookie butter on the top.

The cons:  These have calories. Granted they are only 90 calories each, but odds are you might be popping a few of these into your mouth.

The verdict:  If you've ever watched Food Network, you've noticed that from time to time they have programming other than Diners, Drive Ins, and Dives. There seems to be at least 8 hours a day of Guy Fieri related shows on that channel. On those seemingly rare occasions when he is not on, you might run into a show called "Chopped." Chopped is fun to watch because they pretty much have every idea what to do in a kitchen except they have no idea what the basket ingredients are. I've seen several episodes where somewhere in the basket is Speculoos.

Speculoos are actually cookies. Most of us know Speculoos more lovingly referred to as cookie butter, seems to befuddle many a chef as it's a pretty sweet ingredient on its own. However, if you were to ask most Trader Joe's patrons, they would be over the moon about the addition of cookie butter. Cookie butter, if you've never had it taste like a cross between a graham cracker and a ginger bread cookie, but it has the texture of peanut butter. I know many a college student who gets by on Ramen Noodles and eating Cookie Butter by the spoonful.

In any case, this is a classic cheese cake with Speculoos in the place of graham crackers as a crust. There is a nice thick cheese cake in between the next layer of cookie butter. So really you have almost a sandwich effect but with texturally different items. The speculoos is on top and on the bottom, just in different forms. The cheese cake is thick, rich, and creamy. Yes, it's only 90 calories per bite, but trust me, eating a row of these was not a problem.

For $4.49 it would be more cost effective to buy a cheesecake, but why would you do that? These are more portion controlled and something that has earned a place in our freezer. It doesn't make the weekly list, but if there is company then this is a solid option to pick up. 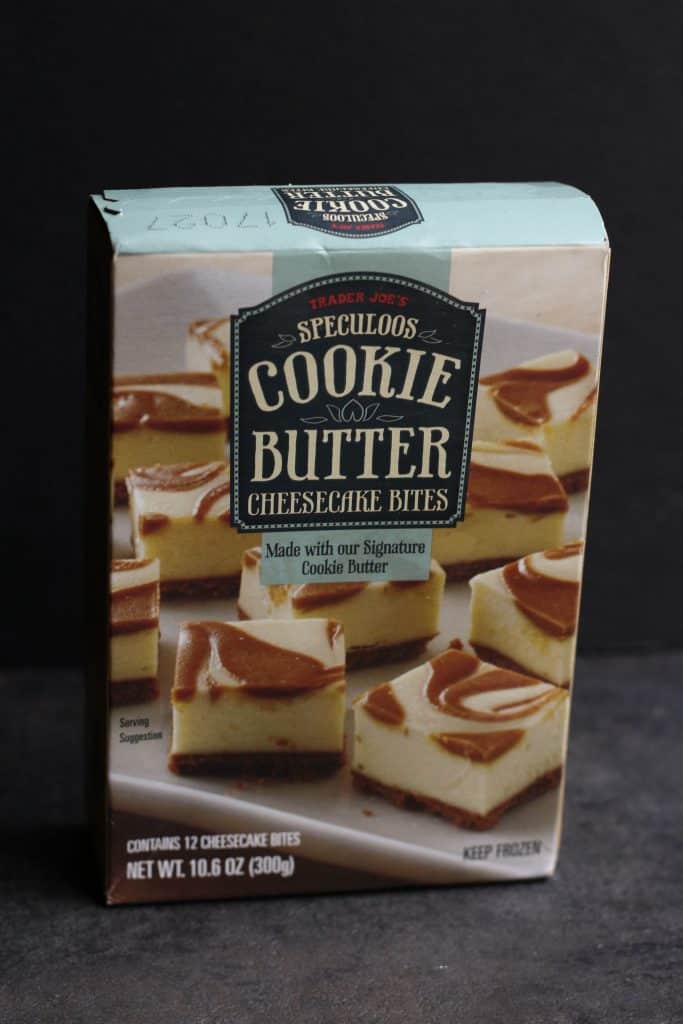 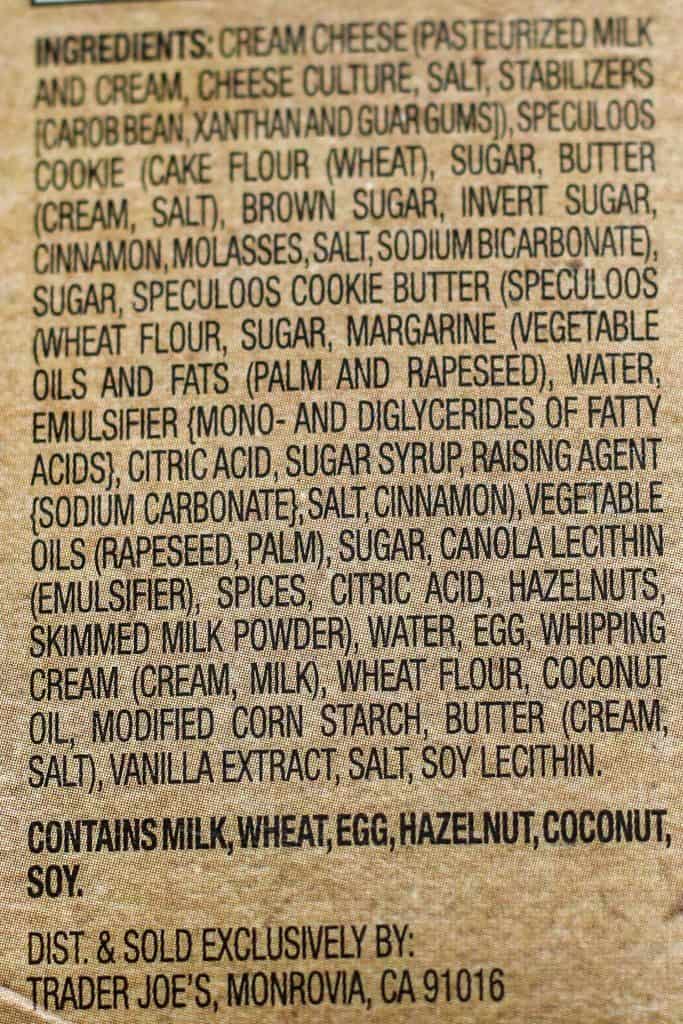 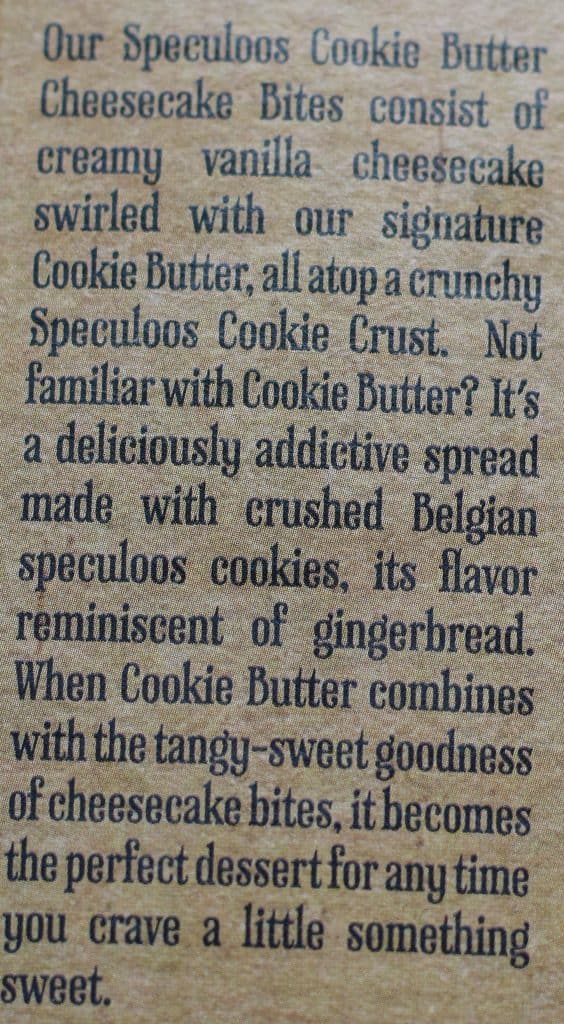 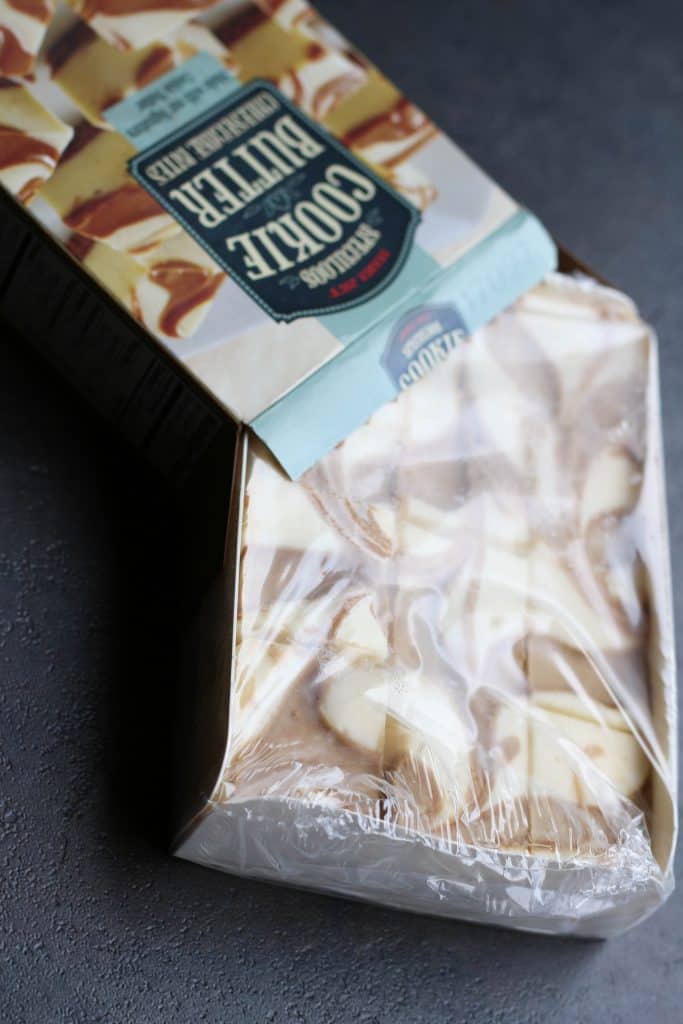 After being thawed you get: 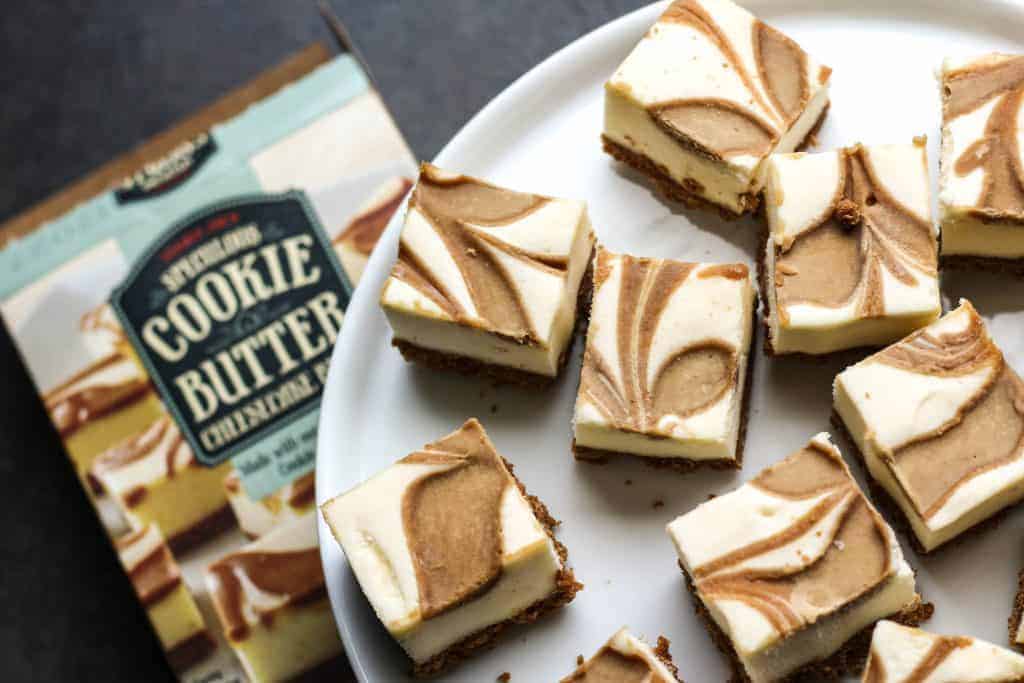 Would I buy this again? Yes, while Trader Joe's Speculoos Cookie Butter Cheesecake Bites won't make the weekly list they are a perfect size for a dessert and have really good flavor.