The pros:  Trader Joe's Tiramisu Torte is a decent tiramisu, but nothing spectacular. This is best saved for a group get together.

The cons:  Don't let this sit in the refrigerator for took long. This will end up looking like a melted ice cream cake instead of the pretty tarte you see on the box.

The verdict:  When I lived closer to a BJs, I used to pick up a frozen dessert called Tiramisu. They were about six or so individual cups of tiramisu. They were rich, creamy, and had a little splash of either coffee liquor or rum (I can't remember which as they haven't seemed to carry it in a while.). Anyways, that was my favorite store-bought Tiramisu.

I wanted this to measure up to my memories of that. This was in no way bad, but it certainly wasn't the best out there either. This starts off in a somewhat awkward plastic container to get it out of the box. Then you'll have to allow this to defrost in the refrigerator. When I waited the minimum amount of time listed on the box, it was still a bit frozen. However, overnight you'll have a disaster on your hands (more on that later).

The flavor here is good, but you better like more mascarpone filling than the coffee soaked Lady Finger Cookies that form the crust to this torte. There are shavings of chocolate mixed in for an added bit of texture and a heavy dusting of cocoa powder. The flavor is satisfactory but did not wow me. I'm pretty sure that extra added flavor of rum/coffee liquor was what was missing for me.

What did wow me was the fact that by the next day, this looked more like a melted ice cream cake then it did the pretty torte I took pictures of. I would have been shocked/embarrassed if I had needed to serve this to guests (or had a really good chuckle about it). This lost its shape and looked tragic in the matter of one day. Knowing that, I do wish these were individually sized. I'd rather take out just what I need, since the directions make it clear that you shouldn't refreeze this product. Removing it from the plastic container and trying to put half back doesn't seem like a good option either.

For $6.99, this is something decent but not great to pick up if you know you are having company. I would agree that for the most part this would serve between 5-7 people. It's not Trader Joe's best dessert, but was not inedible in anyway either. I would not buy one just for me, but do think that this is best for larger gatherings. 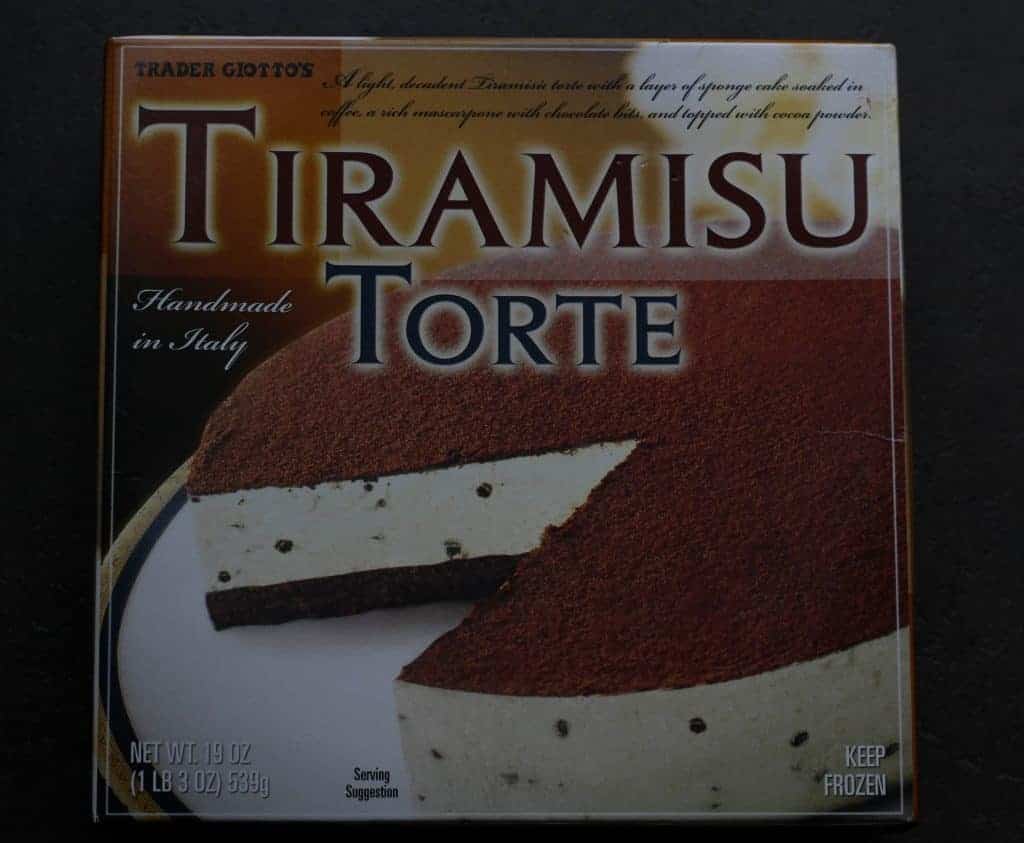 The ingredients, how to serve, how long to defrost and how to remove this from its plastic shell: 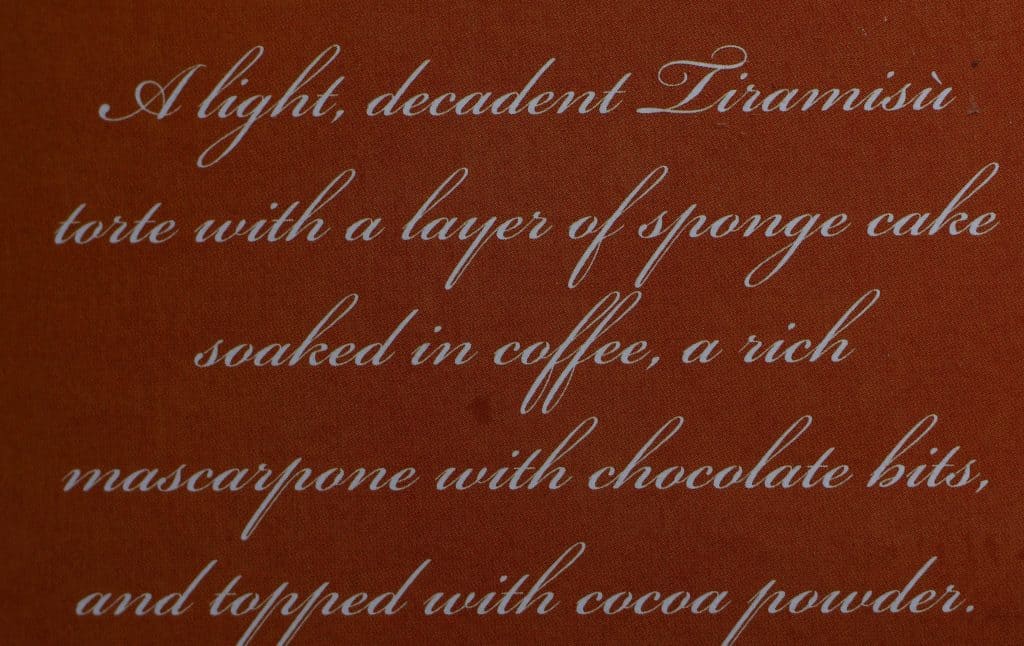 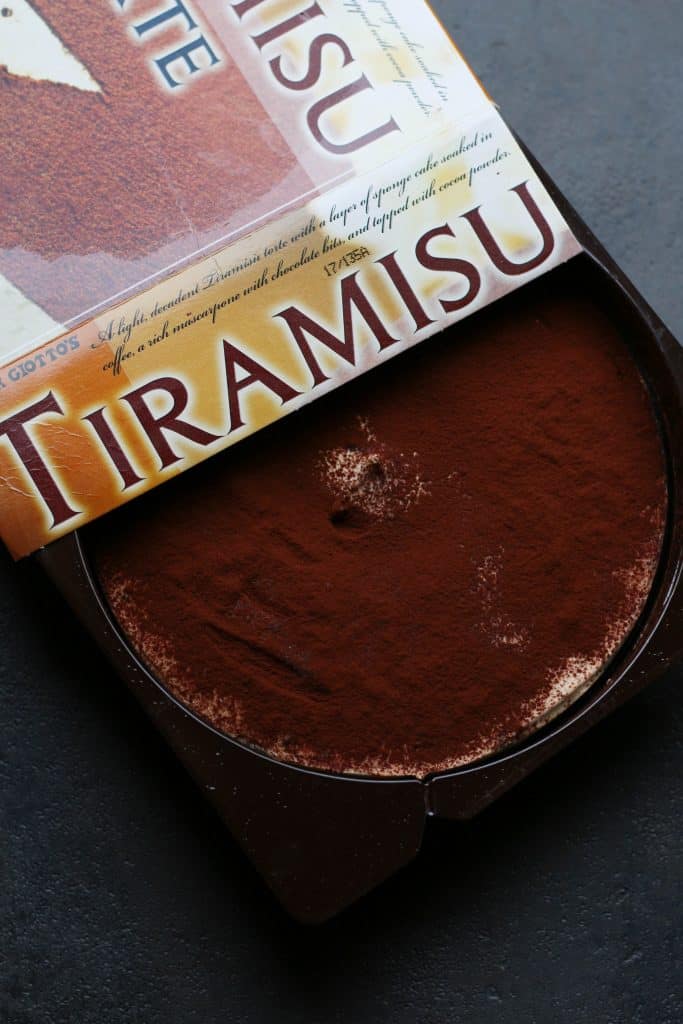 After being defrosted and sliced you get: 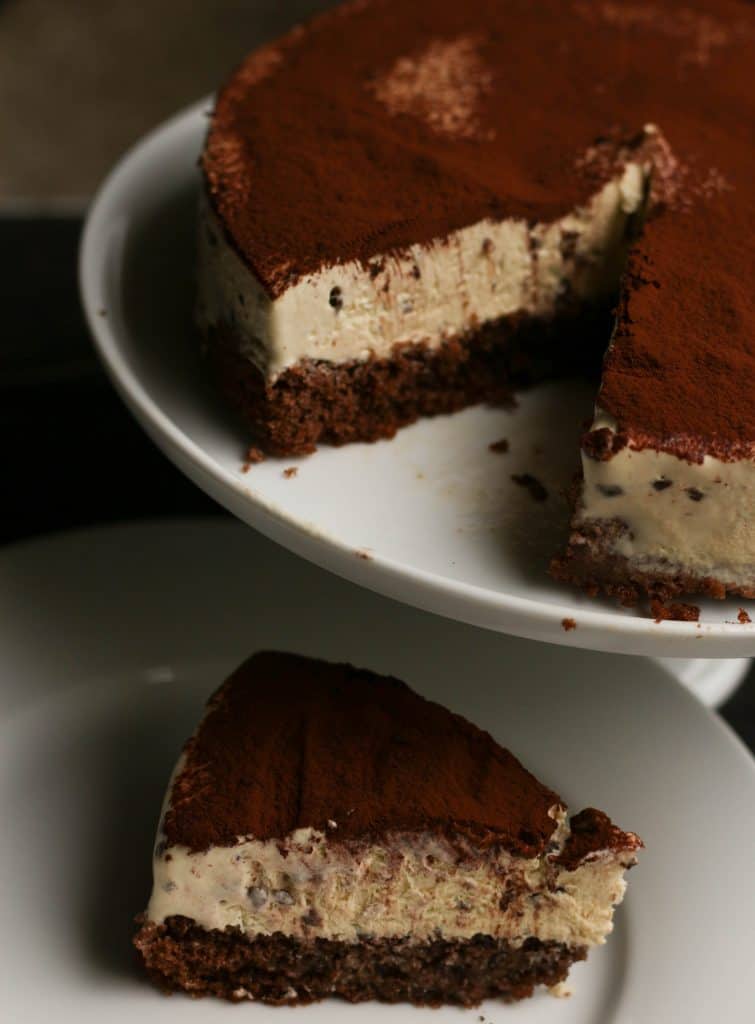 Would I buy this again?  While I enjoy Tiramisu, I was wishing that Trader Joe's Tiramisu torte was sold in individual sizes. The flavors are all there, but I would only buy this again if company was coming as it did not do well in the refrigerator overnight.