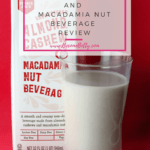 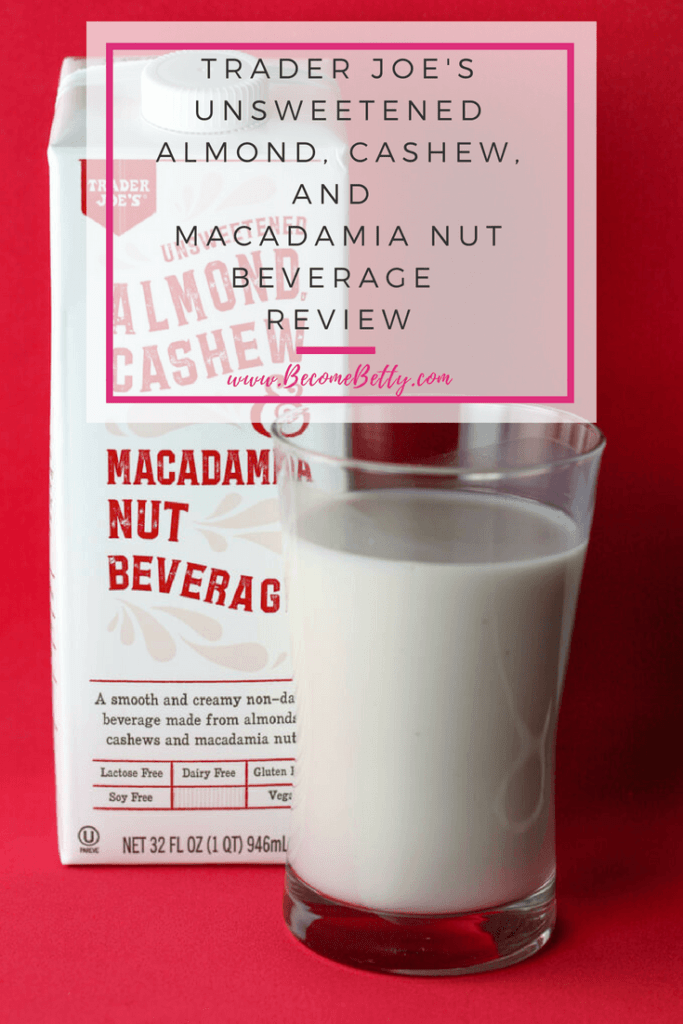 It would seem like Trader Joe’s is going through certain areas of the store and revamping somethings. I recently saw the Blueberry Lavender and Matcha Almond Beverages make a reappearance on store shelves this past shopping trip.

Now, I have a feeling there is a direct correlation between how much you might like this and how sweet your like your nut milk. There is no real sign of sweetness here. In fact, the nutritional label confirms that there are zero added sugars.

A win if you are watching those types of things. But for some, that sweetness makes it closer to a “milk” than just a beverage.

This is by far the nuttiest tasting of the bunch that I’ve tried. Perhaps the sweetness isn’t hiding anything. It keeps the mouthfeel of a milk by adding various “gums” to the ingredient list. Those are all thickeners which allow this to coat a glass in a way that is quite similar to actual milk (which you can see in my last picture).

In terms of taste, it’s like most other nut milks but probably has the most nut flavor of the bunch. You do get small flecks of nut skin in this beverage too to remind you of its origins. The nut flavor is subtle but present. I had mine chilled. It tasted thicker than most of the nut milks.

But as a matter of personal preference, I like the sweetness of sweetened almond milk. I think this would be fine to mix into a smoothie or have with some oatmeal. But for me, this was also nothing worth a repurchase.

That being said, I do think that if you are gluten-free, dairy-free, soy-free, or vegan this is another option to expand your horizons to find your own person preference.

For $2.29 it is also affordable and shelf stable. 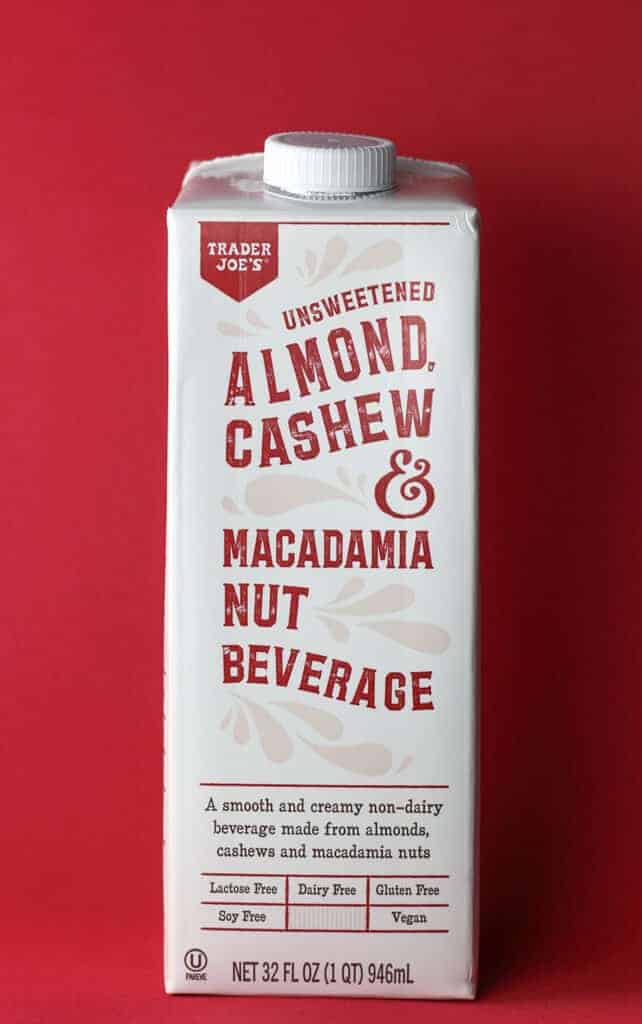 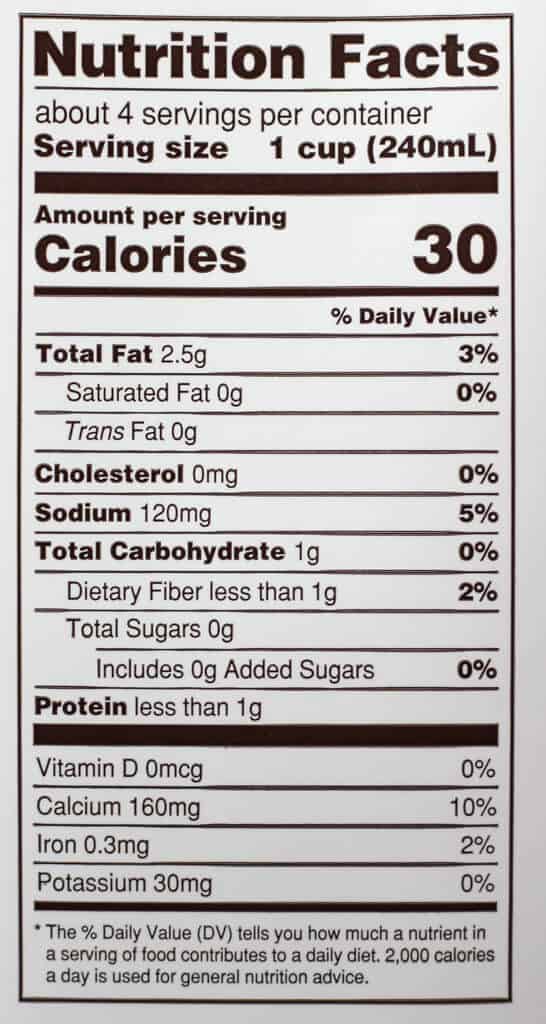 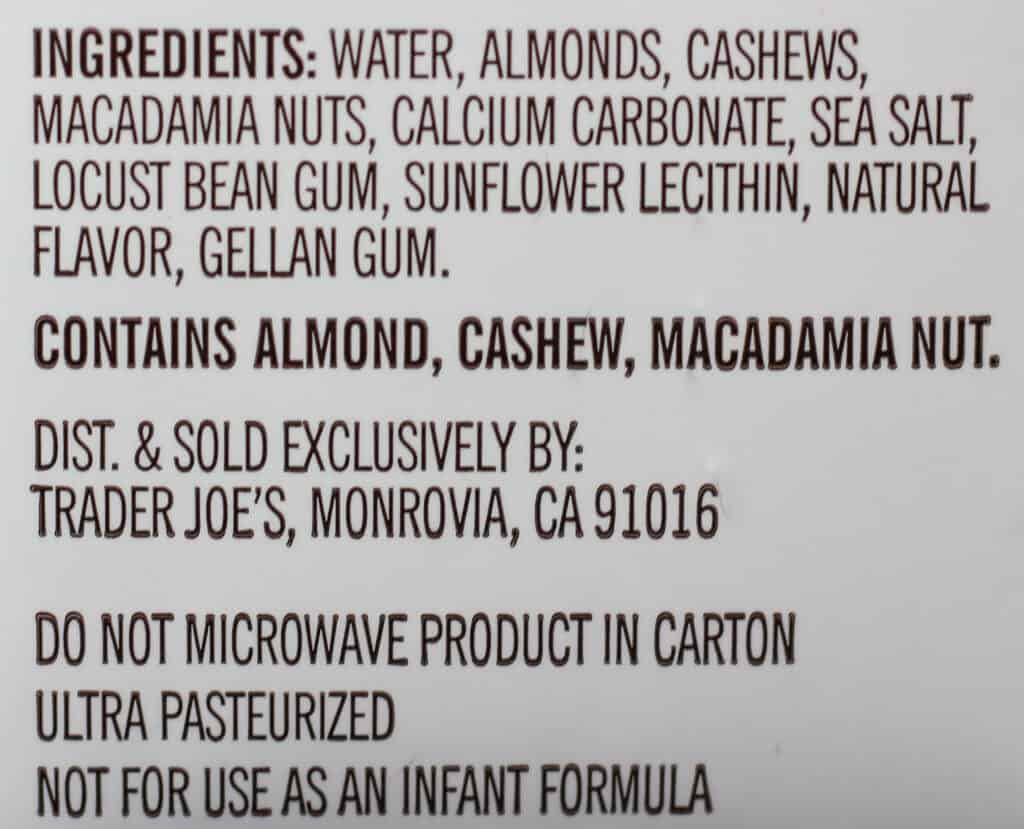 How Trader Joe’s describes this: 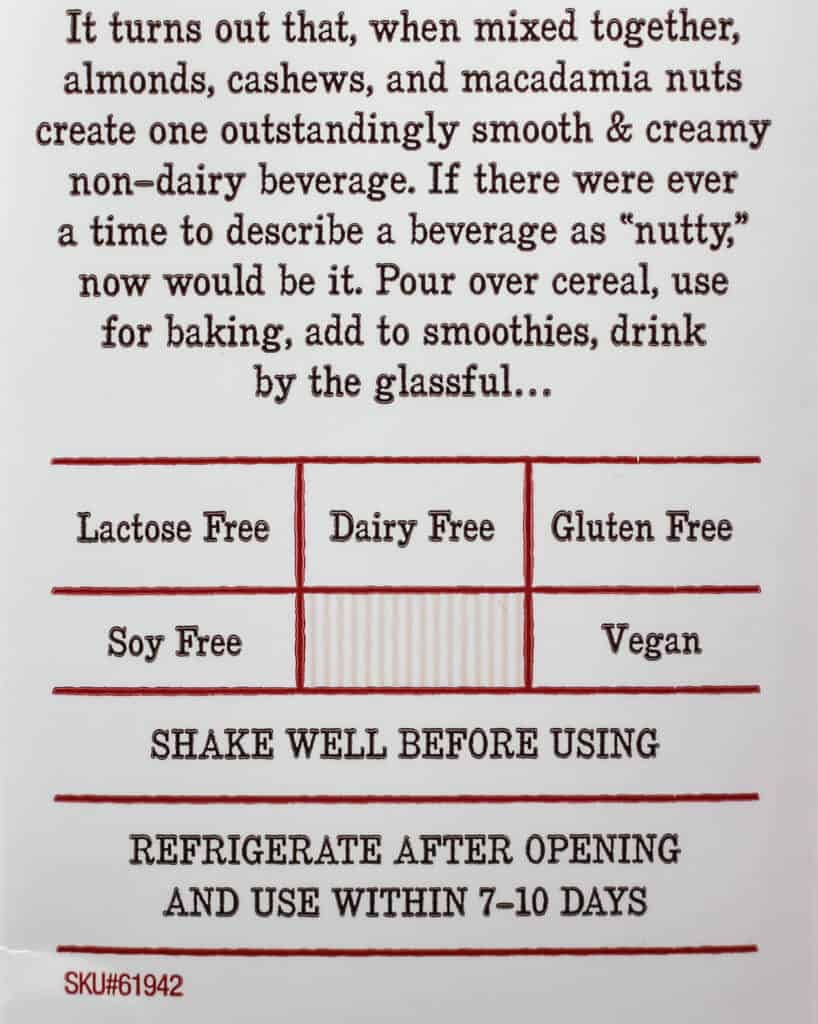 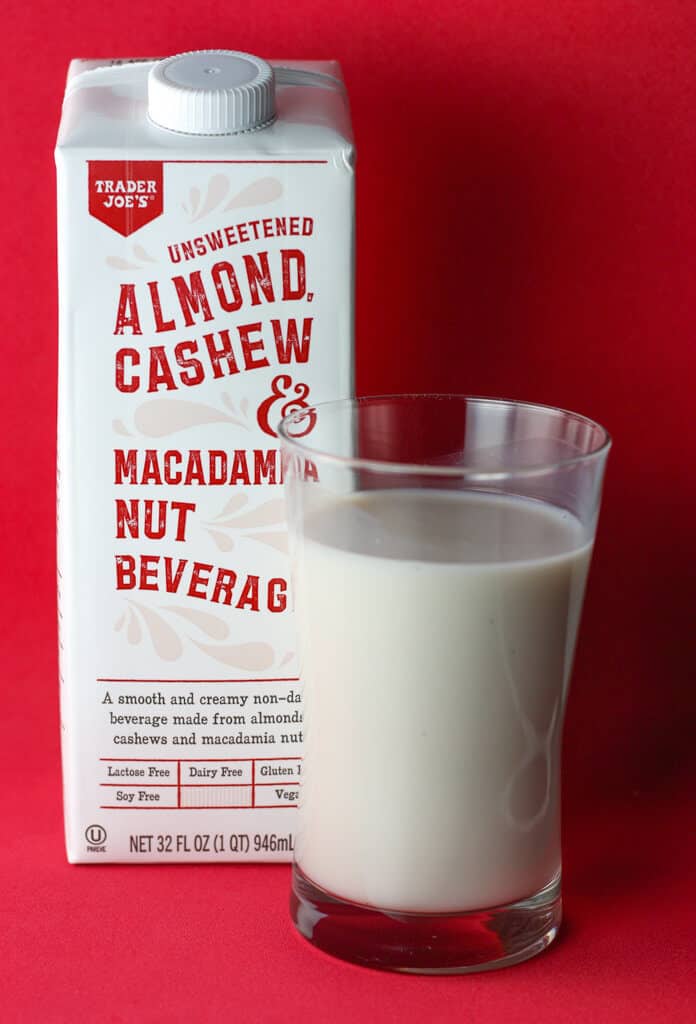 Would I buy this again? It was nice to try, but Trader Joe’s Unsweetened Almond Cashew and Macadamia Nut Beverage won’t find its way into my cart. It wasn’t undrinkable, but certainly wasn’t my favorite and won’t be worth a repurchase for me.