The cons: It's still mac and cheese so don't expect this to be diet food. Mine was more spicy than I thought it would be. Based on the box design, this is likely seasonal.

The verdict:  Happy September everyone! It seems like the most common question is see floating around on everyones social media accounts about Trader Joe's happens to be: Any signs of pumpkin yet? As of Friday, I did not see anything out of the usual. The again isn't pumpkin just a big squash? I guess therefore, pumpkin season is commencing with this squash entree. I noticed this hiding away in the frozen section. There was no sign that said "new item." Just a pretty autumn themed box sitting quietly by the other mac and cheese items. I was a bit underwhelmed with Trader Joe's previous experiment with pepperoni pizza mac and cheese. It was alright, but really it seemed more like a ziti than a true mac and cheese. Here, it felt like eating a mac and cheese.

Now before I get to everything I liked about this item, let me clarify my one complaint. Mac and cheese for the most part isn't diet food. I've tried some Trader Joe's Mac and Cheese varieties where it would have been less calories to eat at McDonalds. That being said, this is over 500 calories for the whole package. While some of the typical things might make you cringe about how much sodium and fat are in this. You are still eating pasta with cheese. Now that I've taken care of the downside to this, let me deal with the things that went right in this dish. For 500 calories you are getting a very filling tray with lots of pasta. This is either one generous portion (I had no interest in heating up some meatballs to go with it) or this could actually pass as 2 well portioned side servings. I chose to prepare this in the microwave, and the pasta was al dente. I did not try to make it in the oven as I've always had good success with mac and cheese in the microwave.

The sauce has some flavor from the squash, but it's not overwhelming. The cheese flavor seems more pronounced than the squash. There was a spicy kick from the cayenne even though it was the last ingredient listed. This was the one thing I wasn't expecting, but it did not detract from the dish in anyway. This is not nearly as cheesy as last winter's Truffle Mac and Cheese. That was purely decadent. Trader Joe's Butternut Squash Mac and Cheese however is not super cheesy in a traditional sense but I didn't miss it. Some people really enjoy those fun strings of cheese that you get when you reach for a bite. This had some, but not many. While there was not a ton of squash flavor, it was clearly enough to lower the calorie count compare to their regular mac and cheese.

Overall, I really liked this. If you are hesitant to try squash then, this might be a good entry point. If you really like this then pick up a few as this item is most likely seasonal, so if you try it you'll probably want to pick up a few before they disappear. For $2.99 it wasn't a bad deal.

The box of Trader Joe's Butternut Squash Mac and Cheese: 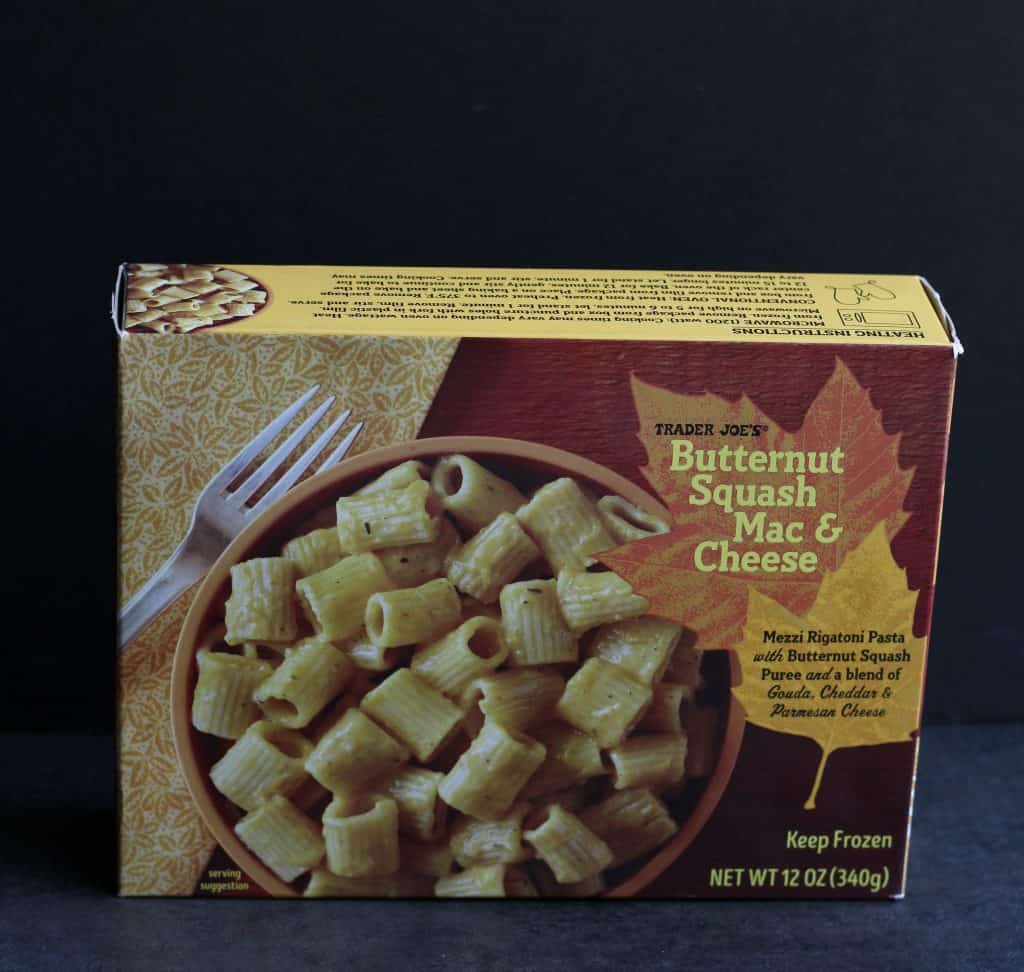 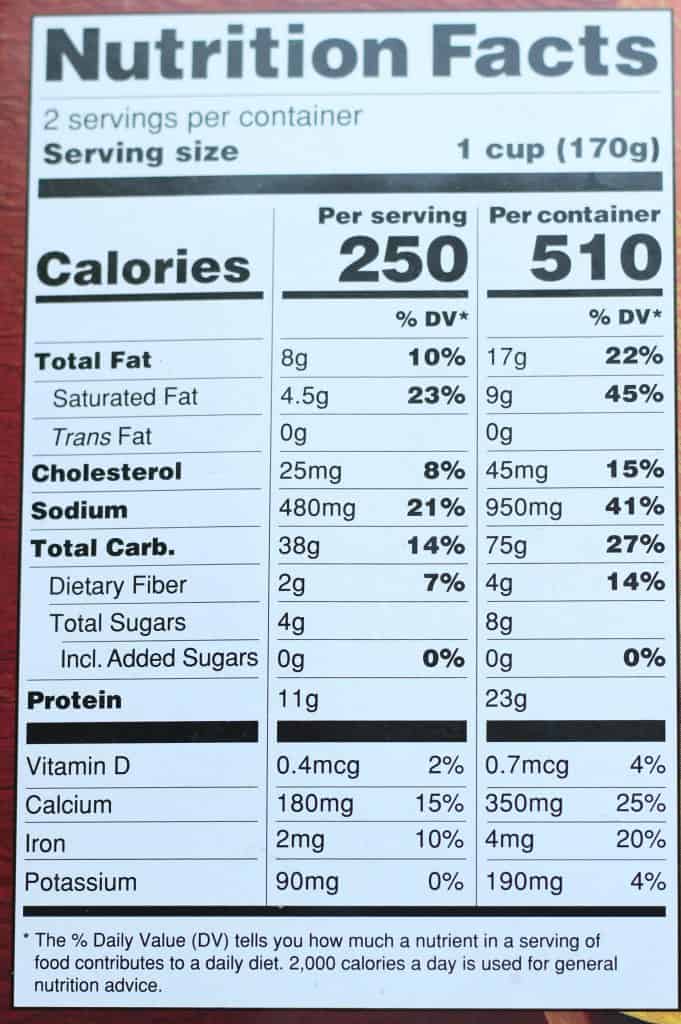 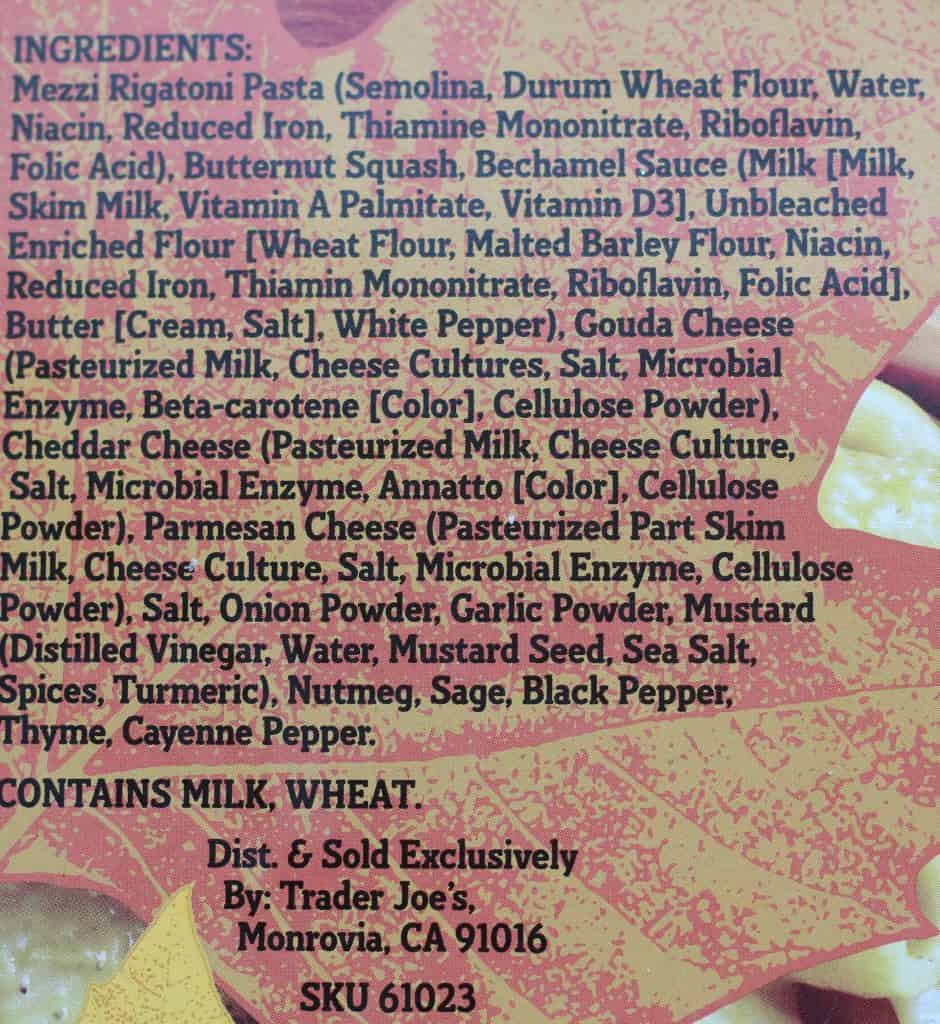 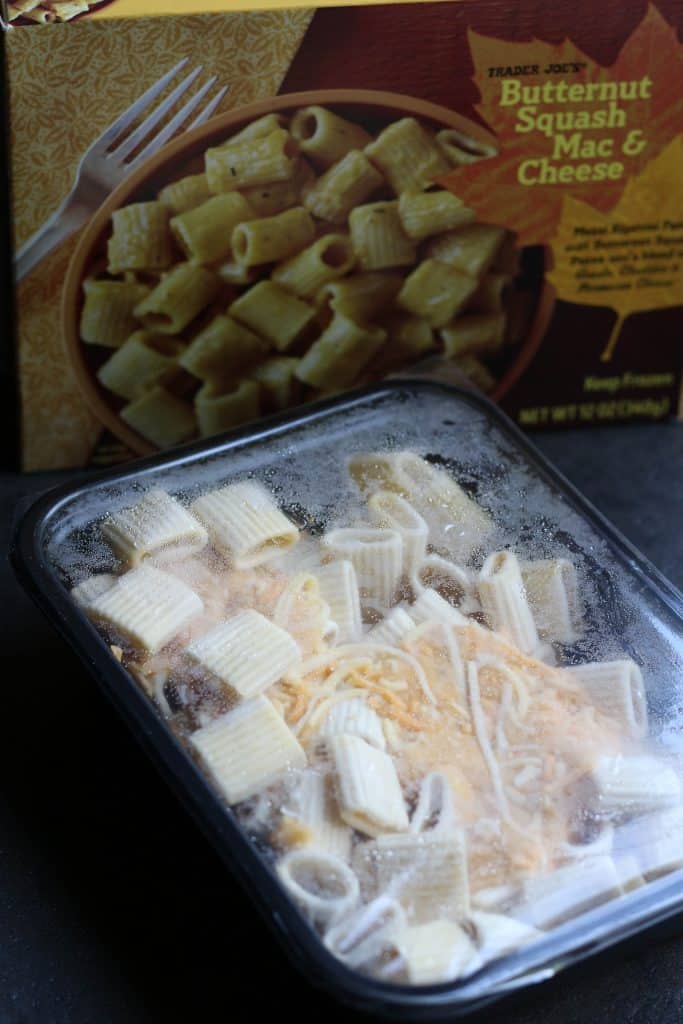 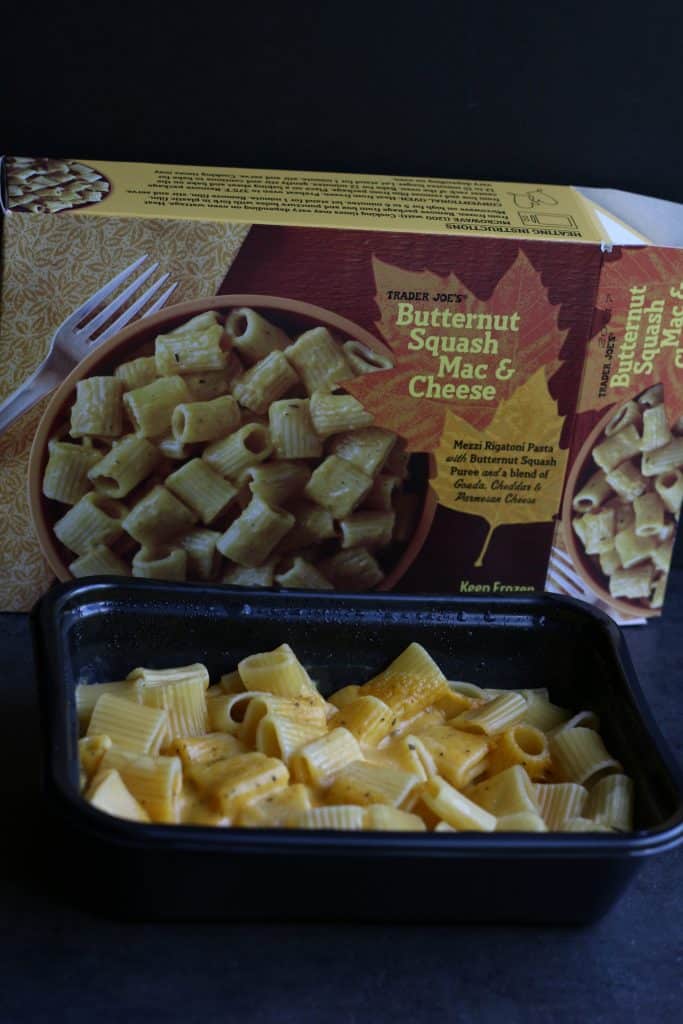 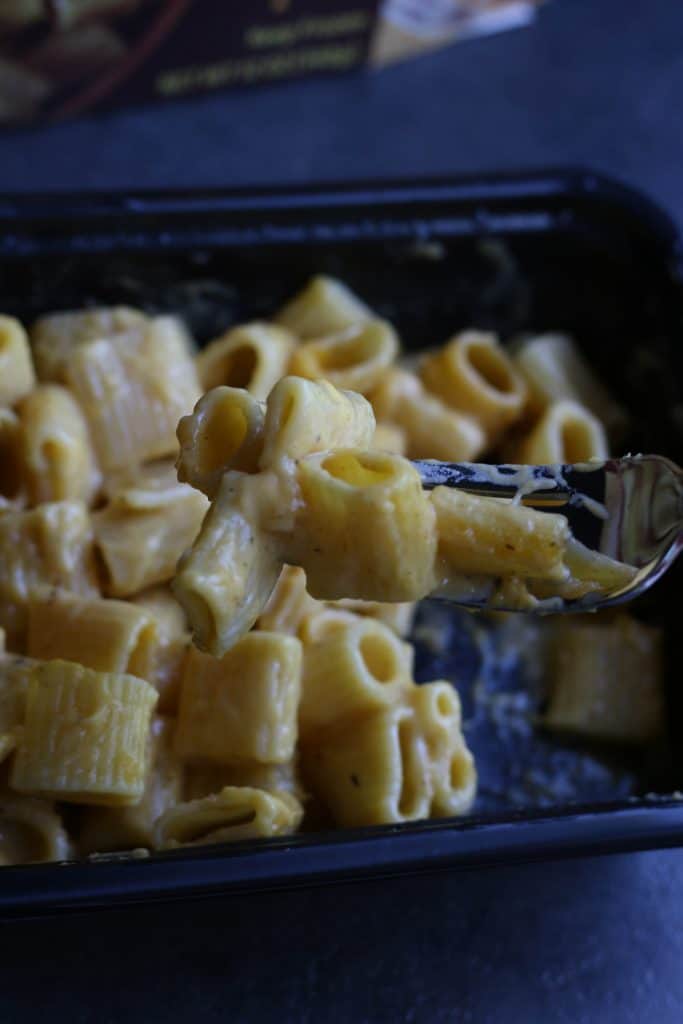 Would I buy this again?  Yes, I would reach for Trader Joe's Butternut Squash Mac and Cheese again. It was tasty and filling.

Want to see more items I've reviewed from Trader Joe's? Click on Thoughts & Reviews of Trader Joe’s for a searchable list of over 500 items.