The pros:  Trader Joe's Hollandaise Sauce is almost as good as homemade or restaurant quality. Easy as anything to prepare. Mine was ready in about 30 seconds.

The cons:  Perishable, so keep an eye on the expiration when buying this.

The verdict:  For $2.99, this was a total surprise in the best possible way. Now granted, some of the ingredients are not commonly found in homemade Hollandaise (ok, not ever), this was far better than the powdered package you might get in the store and as close to homemade as you'll get without making it yourself. For the price, it's lasts quite a while in the refrigerator. I've made hollandaise sauce at home only once. It was a lot of work. As a time saver and to make a dish more fancy, this is the way to go. This product can also be modified. I've used it to make a béarnaise sauce. You might not even notice this product in the refrigerated case, but if you like the flavor of hollandaise then this is a pretty good buy.

The container (which always seems placed up high in the refrigerated section): 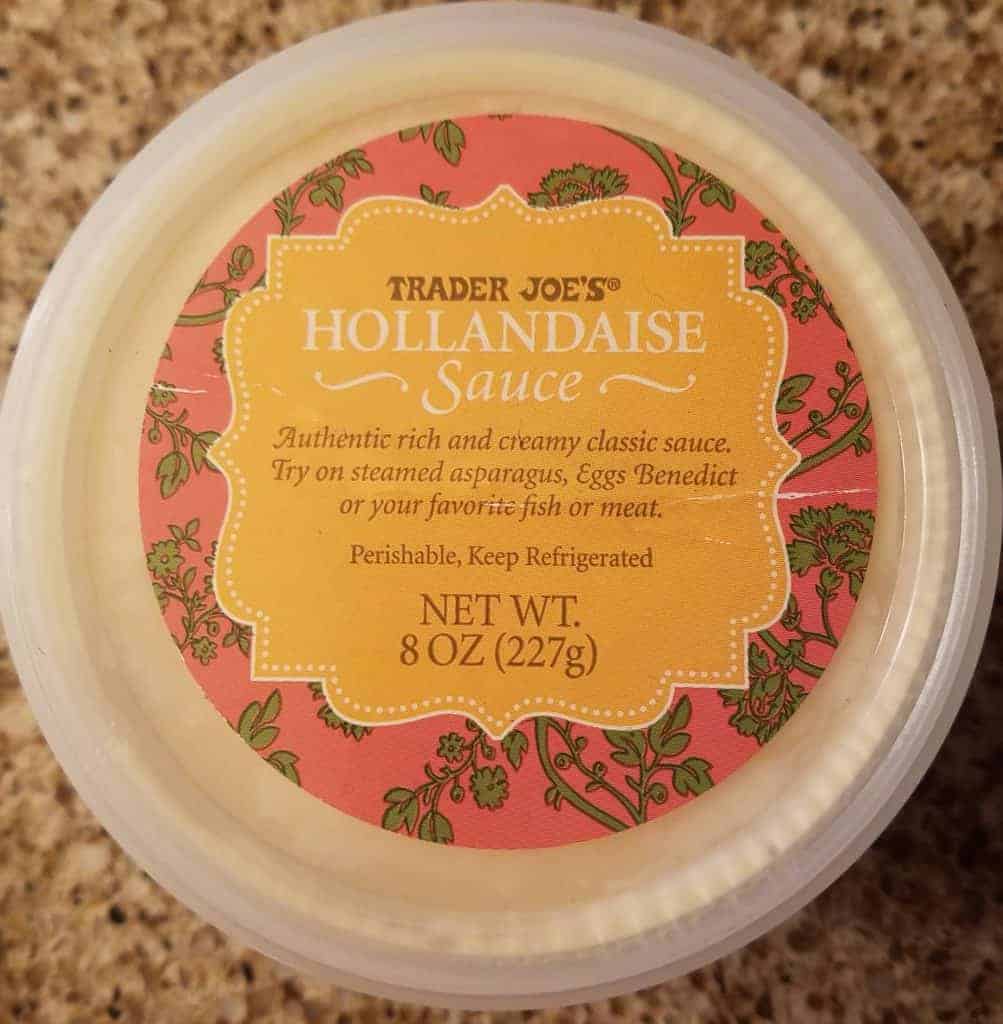 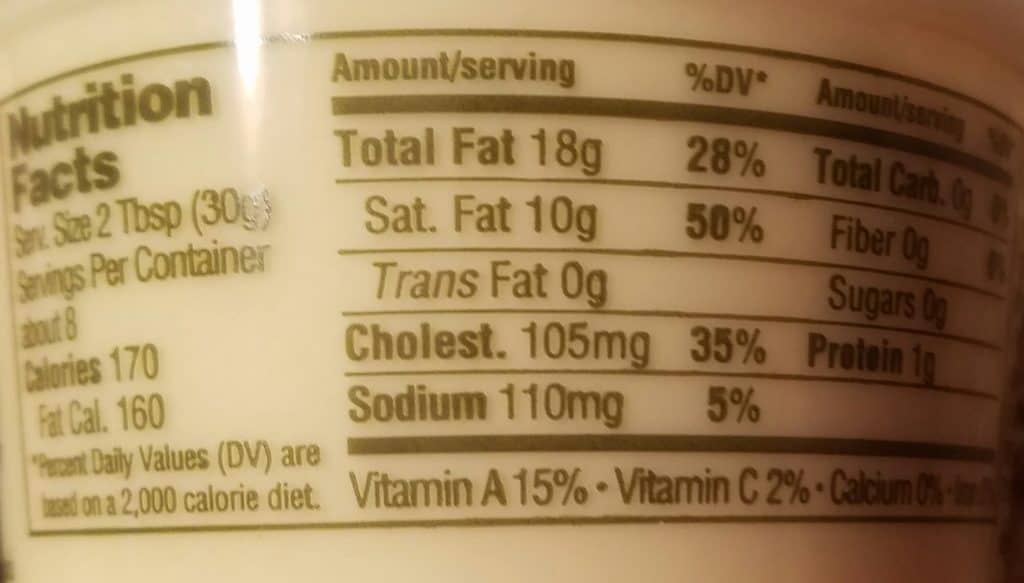 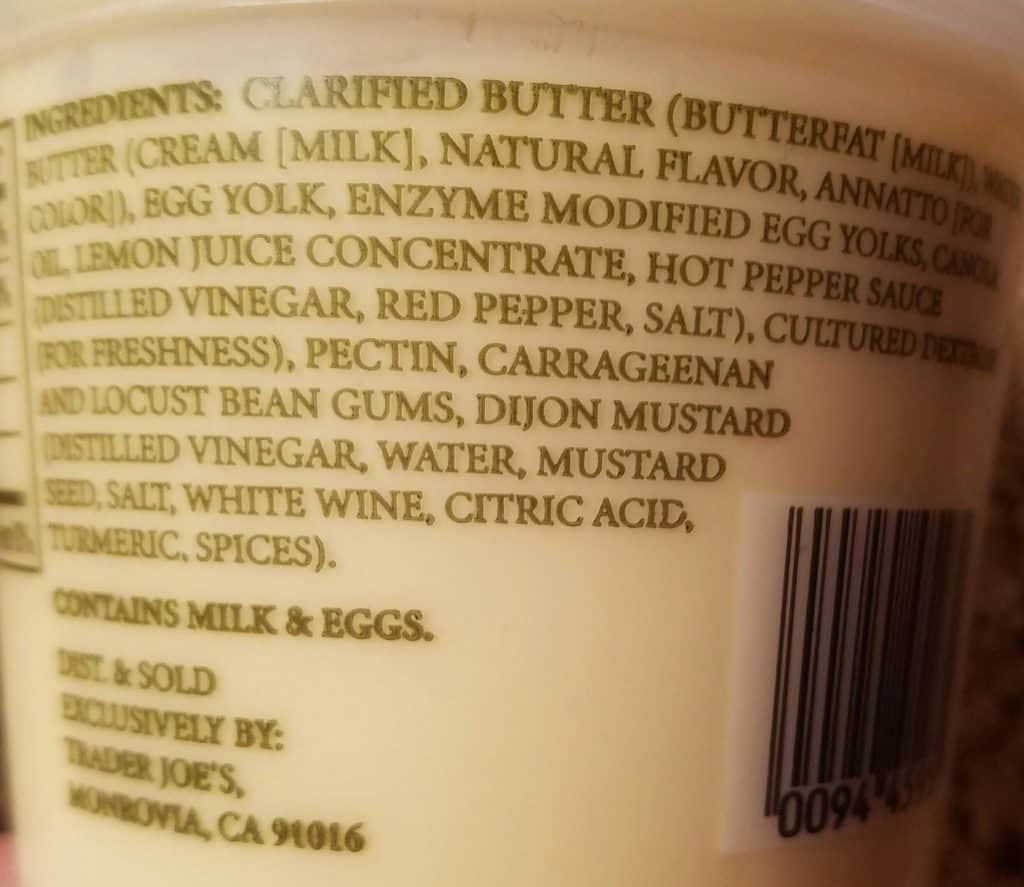 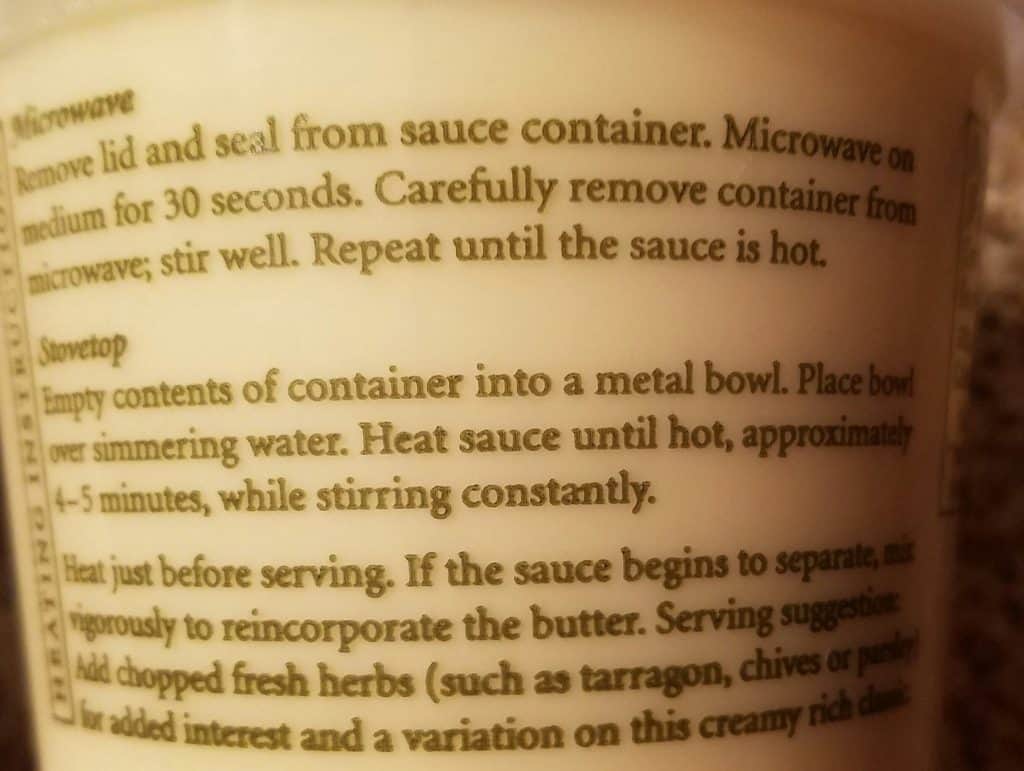 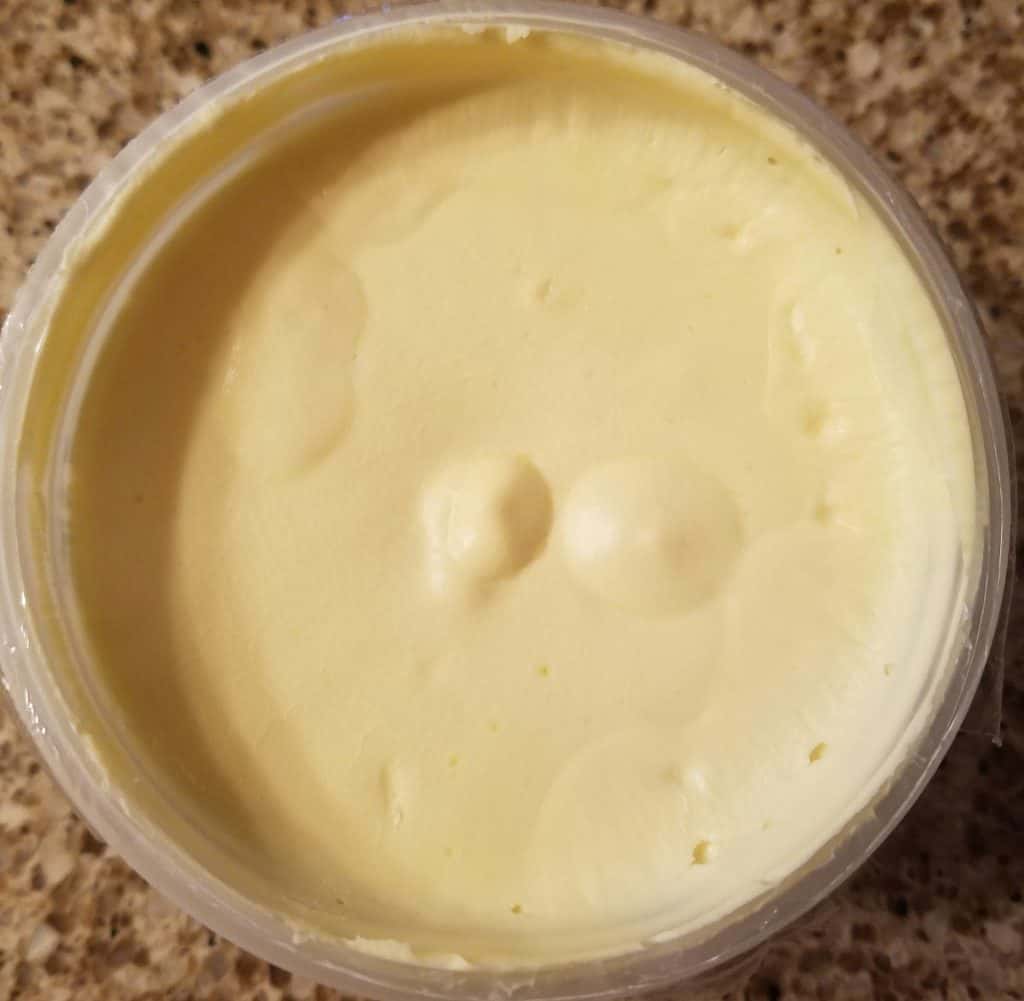 I took out what I needed (1 heaping soup spoon full) and put it in a separate bowl and microwaved for 30 seconds and it was ready: 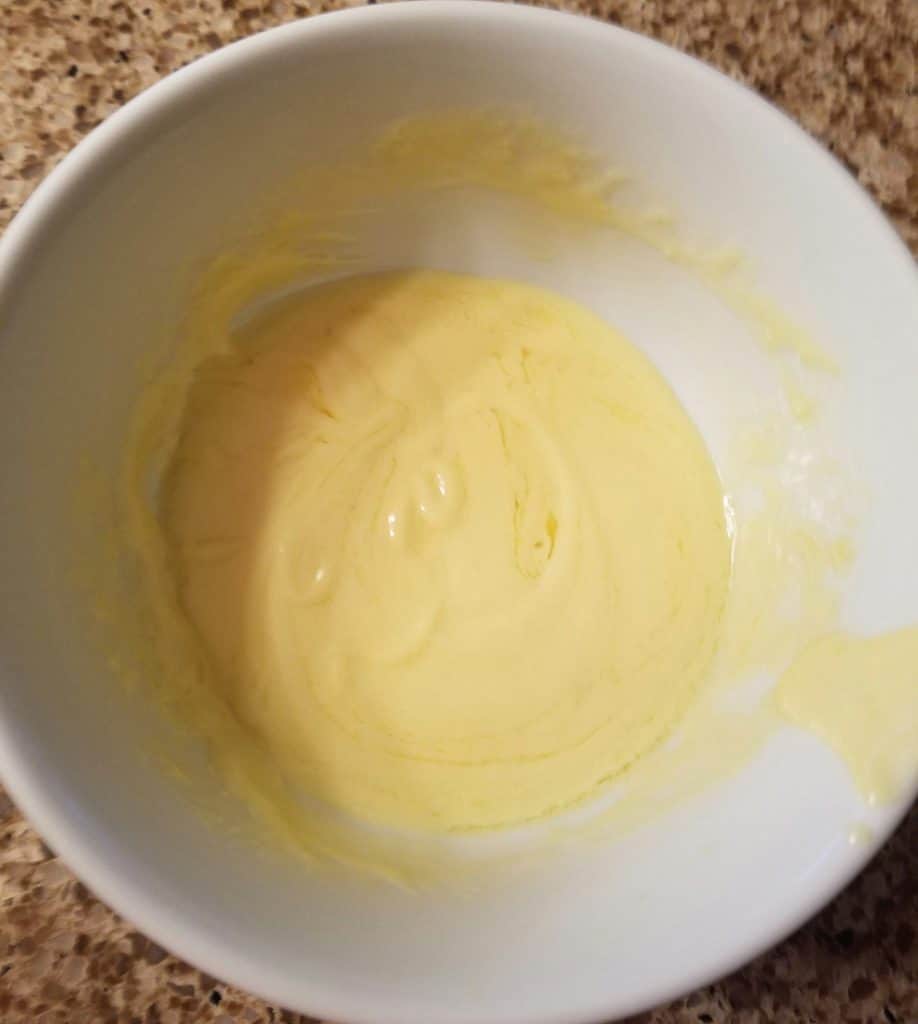 So now what to do with it? I poached an egg: 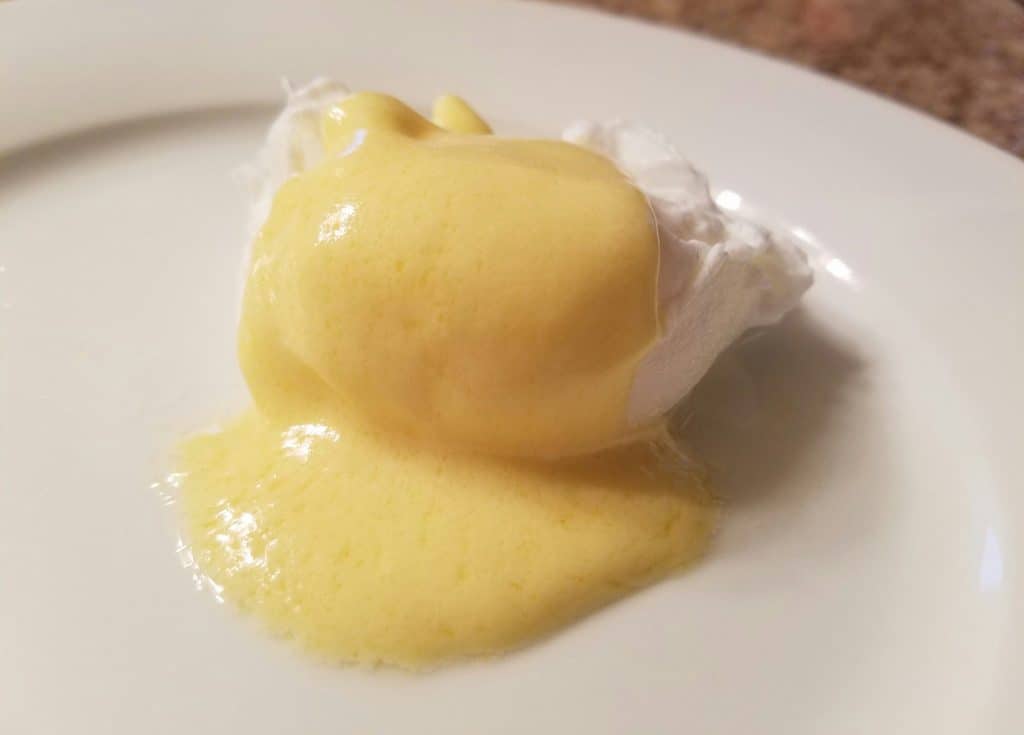 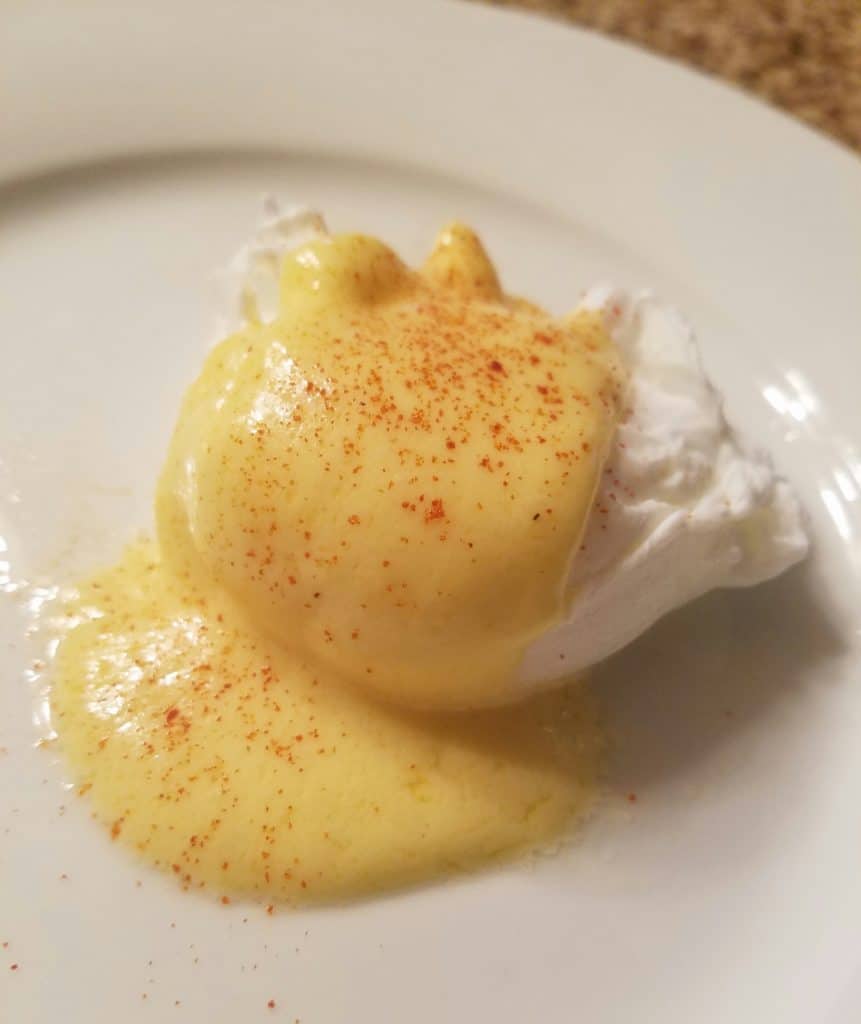 And realized something was missing to make this a complete breakfast. Since I had neither Canadian bacon nor an English Muffin in the house I improvised with Trader Joe's Hashbrowns instead: 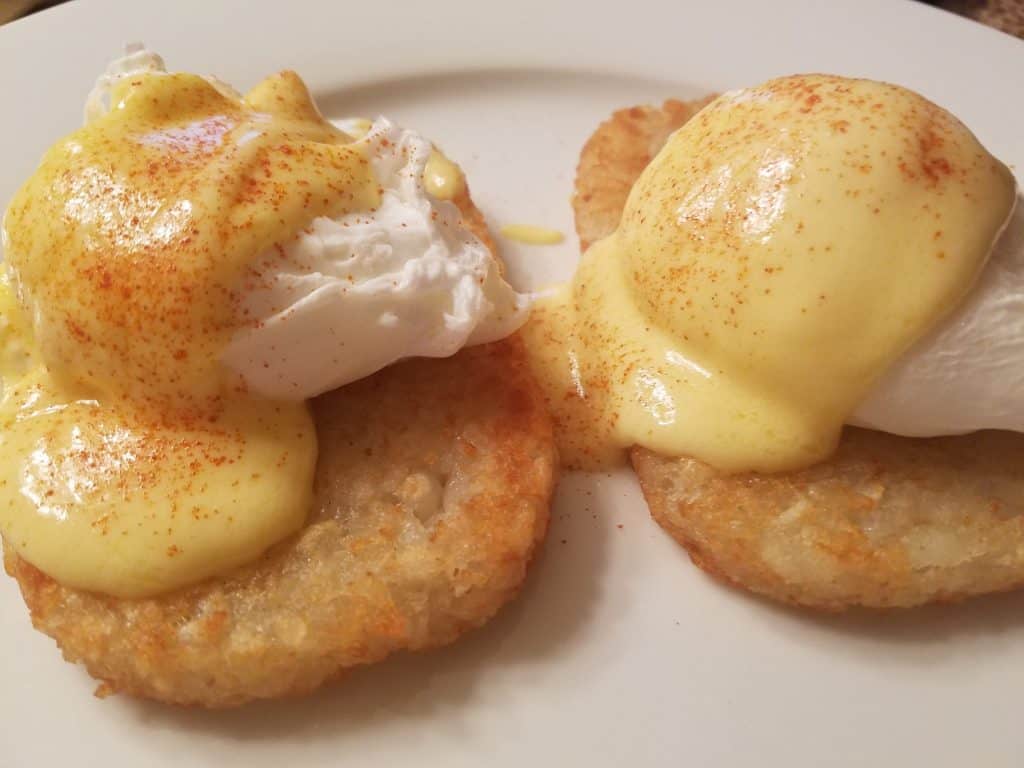 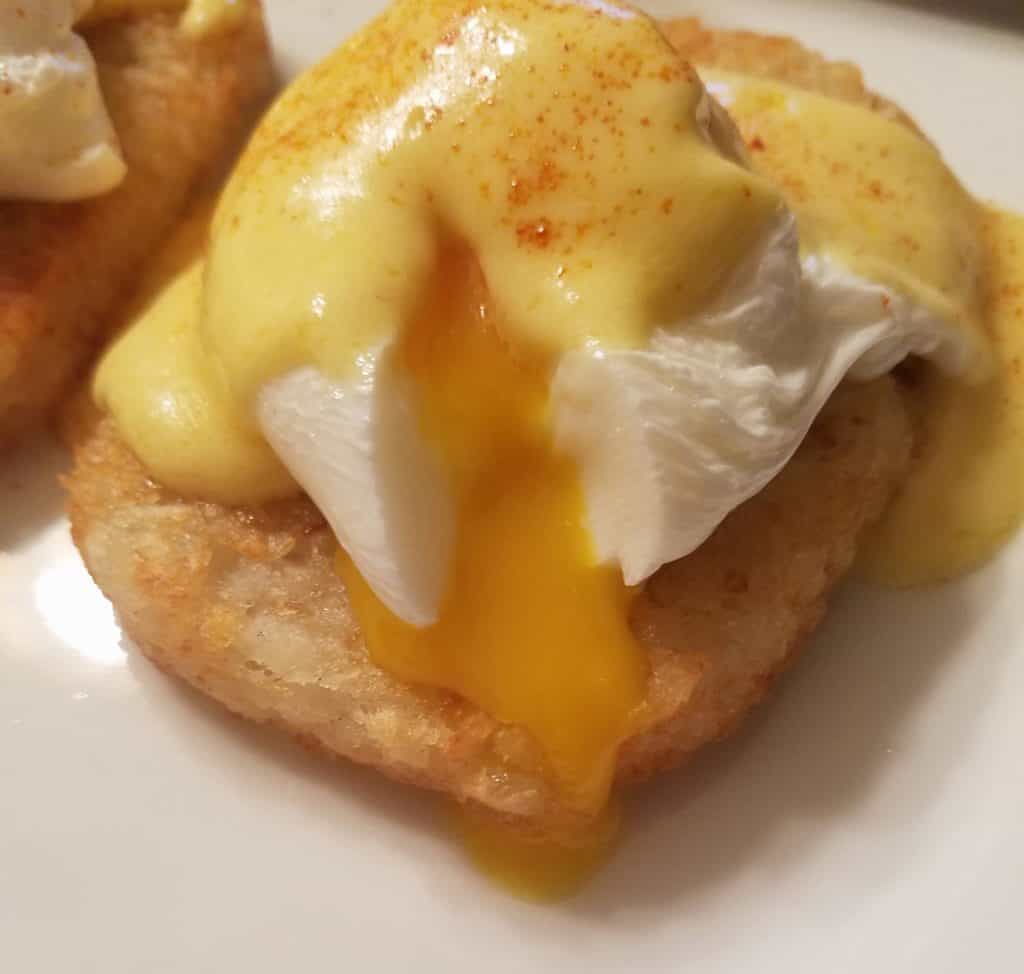 Would I buy this again? Yes! When you are cooking for 1 or 2 people making this from scratch is a pain and then it's never really the same after you've put it away. Trader Joe's Hollandaise Sauce is your next best bet. Taste it as is. I found there was a pronounced pepper taste so I didn't need to add anything. I'll experiment with this later to see if I can turn it into a béarnaise. Now, while I said this is something I'll absolutely buy again, it won't make the weekly shopping list. It's basically an egg and butter sauce which means it has a ton of calories. But in my opinion, totally worth it as a treat.