The pros:  Compared to buying these at a bakery, Trader Joe's Macarons des Fetes are a steal and they can be kept in your freezer. They take about 30 minutes to come to room temperature and you are ready to serve. This is a fun seasonal variety of flavors that was hard to spot at my local Trader Joe's because it blended in with all the other macaron varieties.

The verdict:  For $4.99, I would stock up on this before the season is out. There are a bunch of flavors that I wished they sold in a 12 pack all by themselves. For me the chocolate peppermint was a standout as it tasted like the ganache had a York peppermint patty mixed into it. The gingerbread could have also been on its own as its flavor was subtle yet so seasonal. The pear was a standout as well since it was the only fruit present in this bunch. My only dilemma was the coloring as gingerbread and cappuccino looked almost identical. The only distinguishing feature was that gingerbread was only slightly darker with what looked to be vanilla bean seeds in the cookie itself. 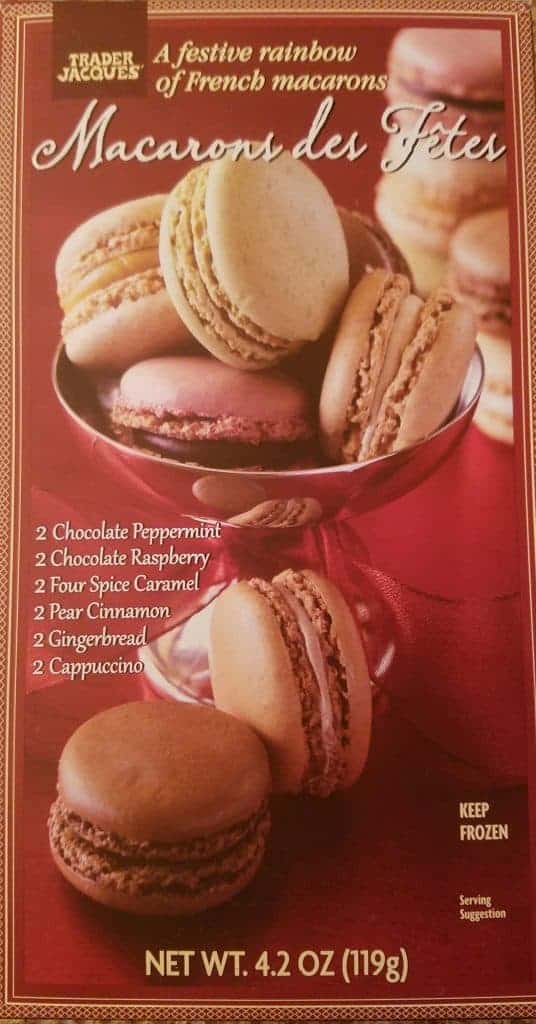 A helpful guide before you bite into anything: 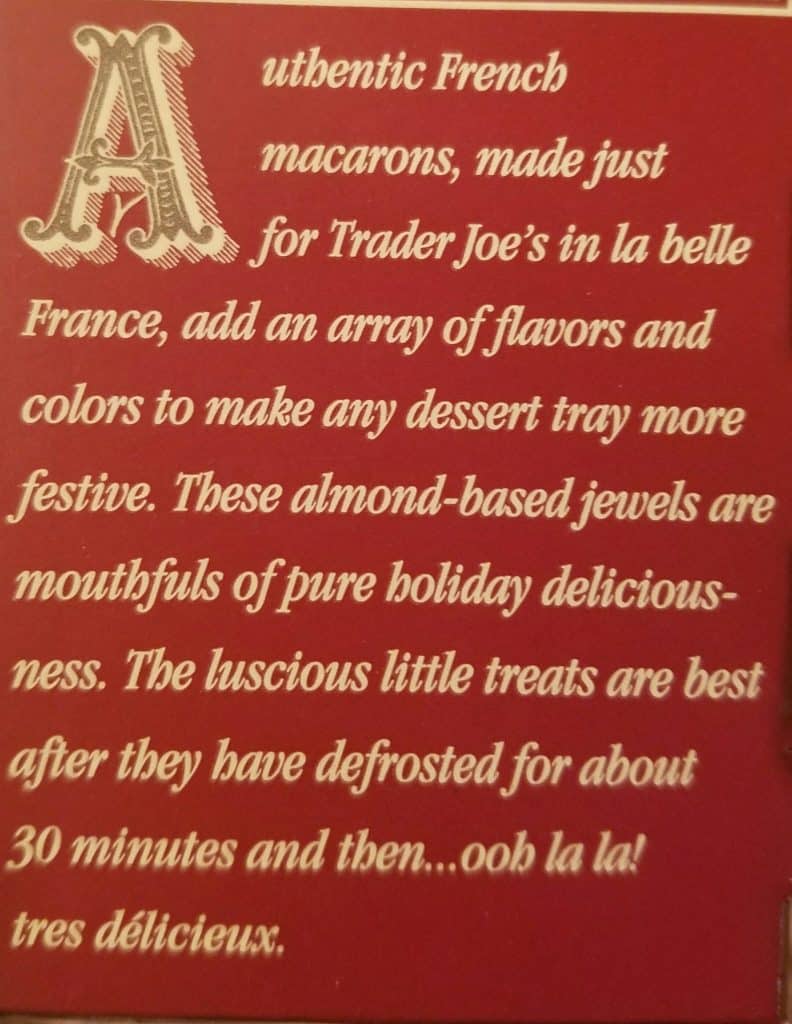 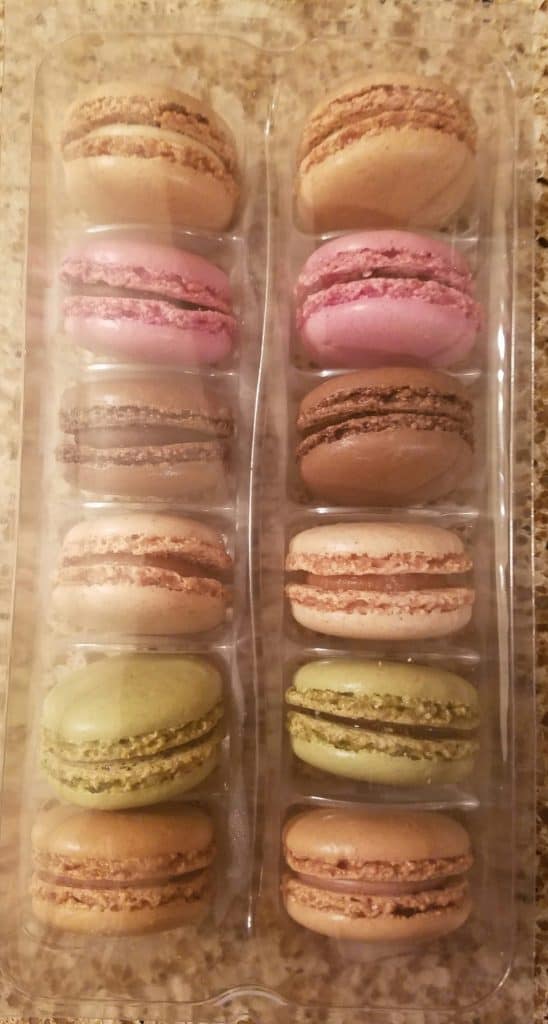 Would I buy this again? I've only had one variety of macarons at Trader Joe's that I wasn't crazy about. Please don't confuse that with meaning I hated it, I managed to finish the package and that was the Salted Butterscotch Macarons. This on the other hand, I really liked. I've enjoyed just about every variety they have been able to present. This is a very seasonal variety so it won't be there forever. Also note that it's the filling that provides the majority of the flavor and not the cookie. The first one I bit into was the gingerbread. Very subtle ginger flavor with a nice amount of filling. The subtle heat of fresh ginger is present. The next one I tried was the chocolate peppermint. While I couldn't smell the peppermint on the cookie, it was there in the chocolate ganache filling. The filling reminded me of a chocolate that had a melted York peppermint patty mixed into it. The chocolate raspberry was next, it had the taste of a deep rich chocolate. The raspberry was a subtle note at the end. Four spice caramel came next. The caramel tasted very dark almost burnt so it was hard to taste the cinnamon, nutmeg, clove and ginger. This was my least favorite of the bunch. The ginger was of the dried variety and had no heat to it. Pear cinnamon was the most different of the bunch. It was a welcome reprieve from the spices of the other varieties. Yes, there is cinnamon in it, but that's not as prominent as the pear flavor you get right off the bat. Will remind you of a pear tart. It was nice to have at least one fruit variety in the bunch. Lastly, cappuccino was like sipping an actual cappuccino. The filling was very soft and was like someone had perfected the frosting to taste like the milky coffee drink. A very seasonal, refreshing, and tasty variety pack. These would likely be tasty if they were served as Deep Fried Macarons.