The pros:  Trader Joe's Jumbo Cinnamon Rolls are ready in about 20 minutes, puff up to a good size roll, tasty and not a seasonal product. This is in the refrigerated case all year long.

The cons:  Not quite as good as Trader Joe’s Cinnamon Roll Wreath but the can doesn't require it to rise overnight either.

The verdict:  For $3.99, these are some of the best ones you can get out of a can. So which would I rather buy? This, Trader Joe's Jumbo Cinnamon Rolls or Trader Joe’s Cinnamon Roll Wreath? Both are good. But they are very different from each other. The wreath requires more time to rise as it's more breadlike and more true to  the taste of true homemade Cinnamon Rolls. These are good if time is a concern and you really like the taste of canned rolls. These are one of the better supermarket brands I've had. They'll puff up bigger and that's probably why only 5 come in a can. Yes, I'd buy both products in a heartbeat. My stomach says yes, but my waistline tells me not to buy this weekly. This item is not seasonal, so you won't have to worry about these cans disappearing.

The can of Trader Joe's Jumbo Cinnamon Rolls: 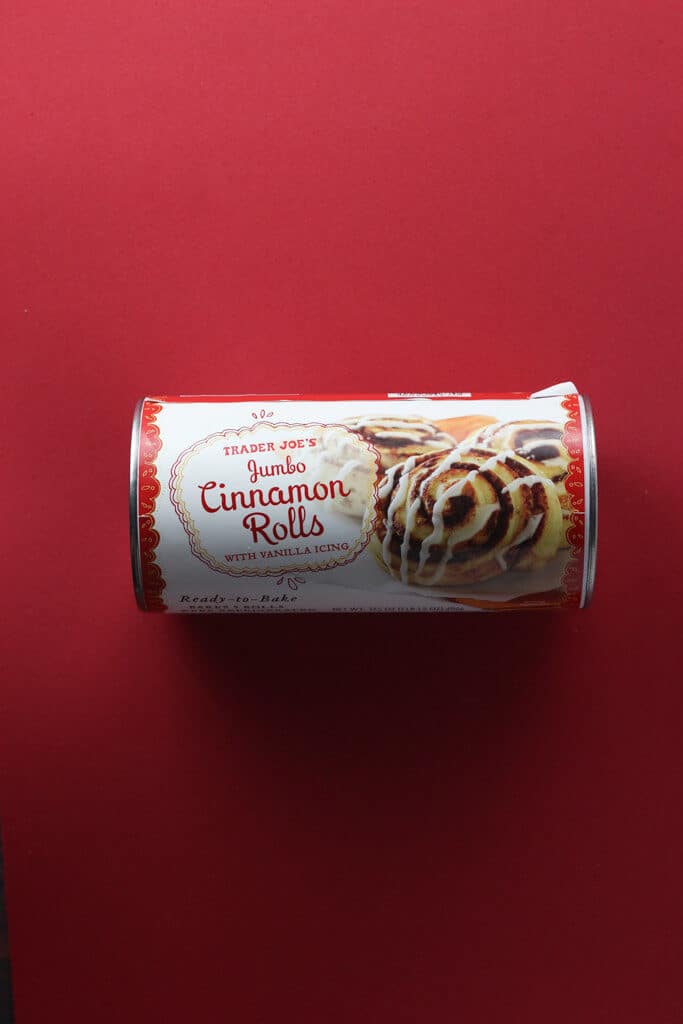 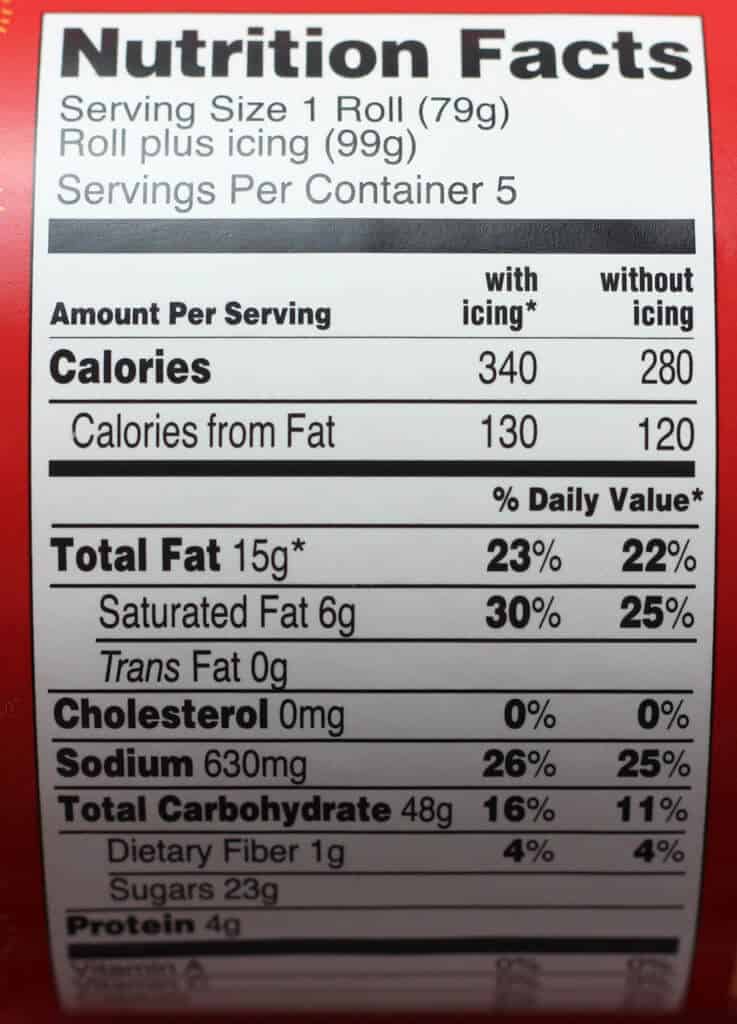 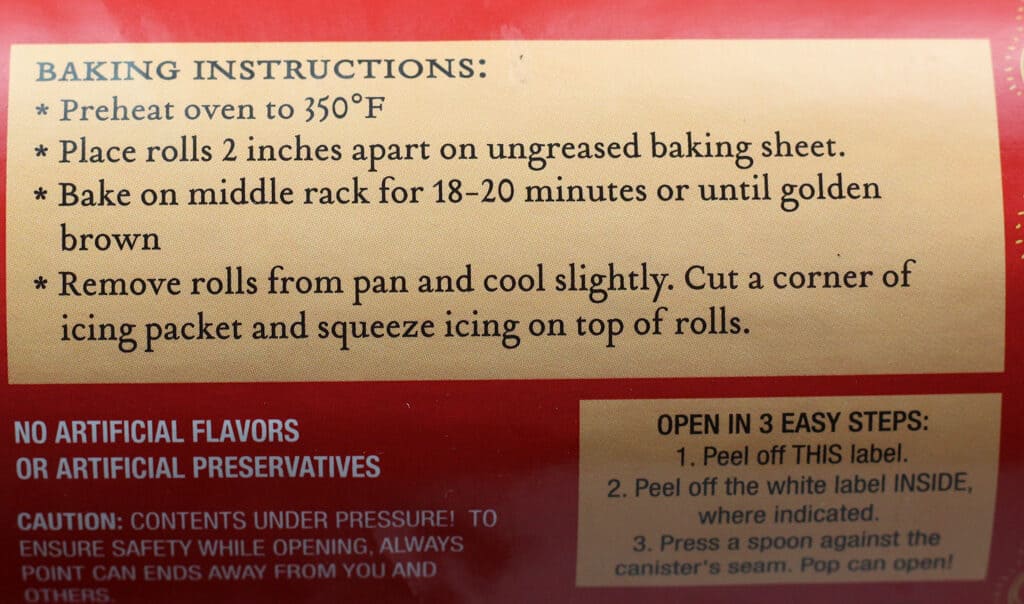 Out of the package five (and not the four pictured), plus an icing packet that I didn't take a picture of: 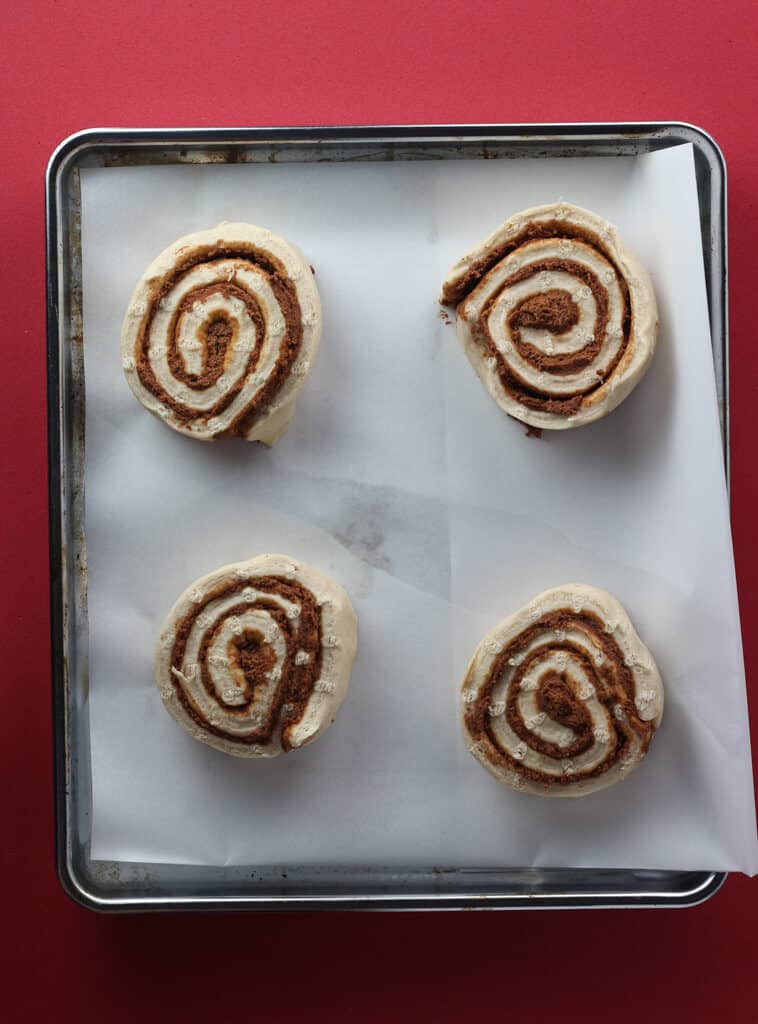 After being baked you get something like this on a plate and iced: 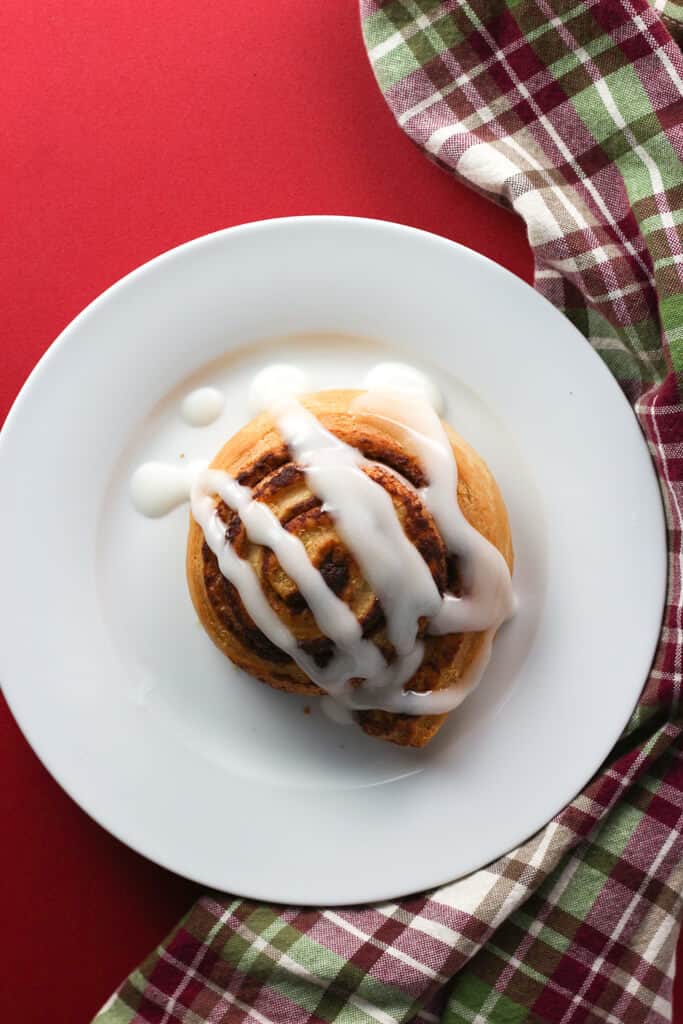 Would I buy this again? Again, this is a yes for me. Will I buy this every week? My heart and head say yes, my waistline says don't do it. These puffed up in the oven and reminded me of something that looks like it came from Cinnabon. Good taste. I was able to stop at just one. It was filling enough unlike some supermarket brands where you'll need at least 3 to start feeling full.

Want to see more items I've reviewed from Trader Joe's? Click on Thoughts & Reviews of Trader Joe’s for a listing.