The pros:  Trader Joe's Organic Superfood Pilaf is a bag of colorful and healthy superfood. A whole lot of vitamin A in one serving. Lots of superfoods in one bag. Ready in about 10 minutes on the stove or even less in the microwave.

The cons:  Came out as one giant block which made it difficult to prepare. Was very plain tasting.

The verdict:  For $3.99 you are getting a bag that should last you through several servings. The sweet potatoes were tasty when cooked, but I found the Quinoa, which should be the star of the dish to be very plain. If you've ever made Quinoa at home you might have tried to make it with water which is a shame. Quinoa on it's own does not have much taste and this dish would have been improved tremendously had they used a vegetable broth in it's place.

I salted some of this and it did improve the taste. As a combinations of flavors it was just ok. It's something that makes you feel like you are doing something healthy for yourself. Feelings aside, the taste when put in place is only just ok. It's not terrible, but I didn't find myself reaching for it either. It was best served warm, but I found myself reaching for anything else in my refrigerator rather than have another serving of this. Points for trying to be healthy, but taste is still king in my book.

The bag of Trader Joe's Organic Superfood Pilaf from the freezer aisle: 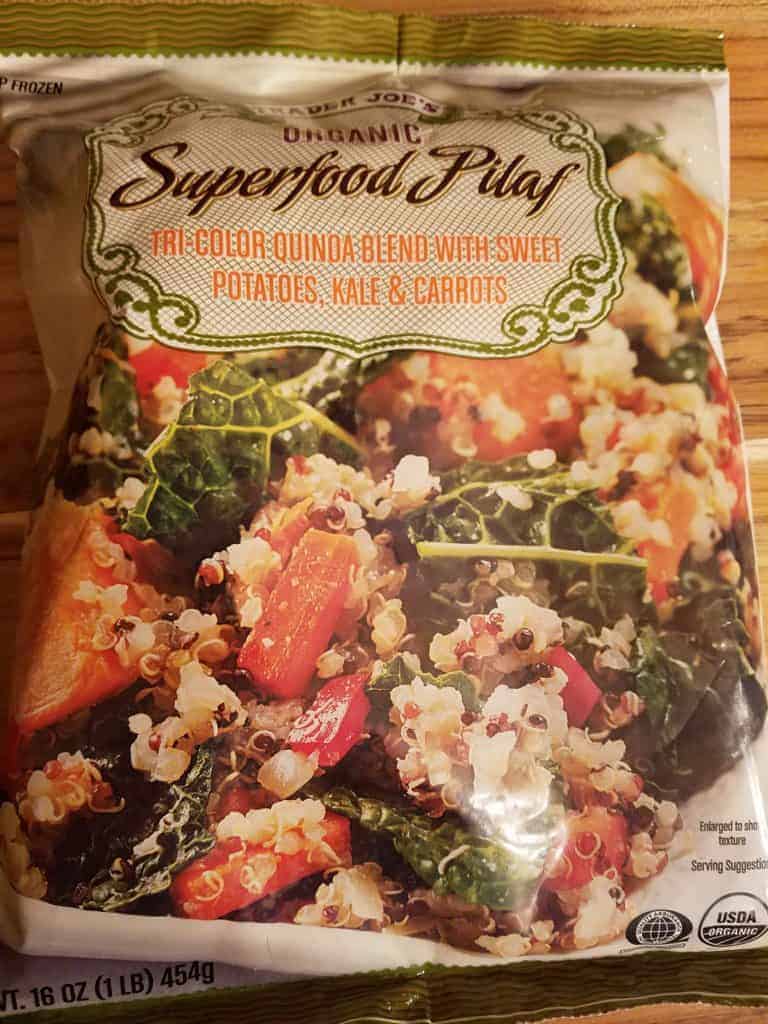 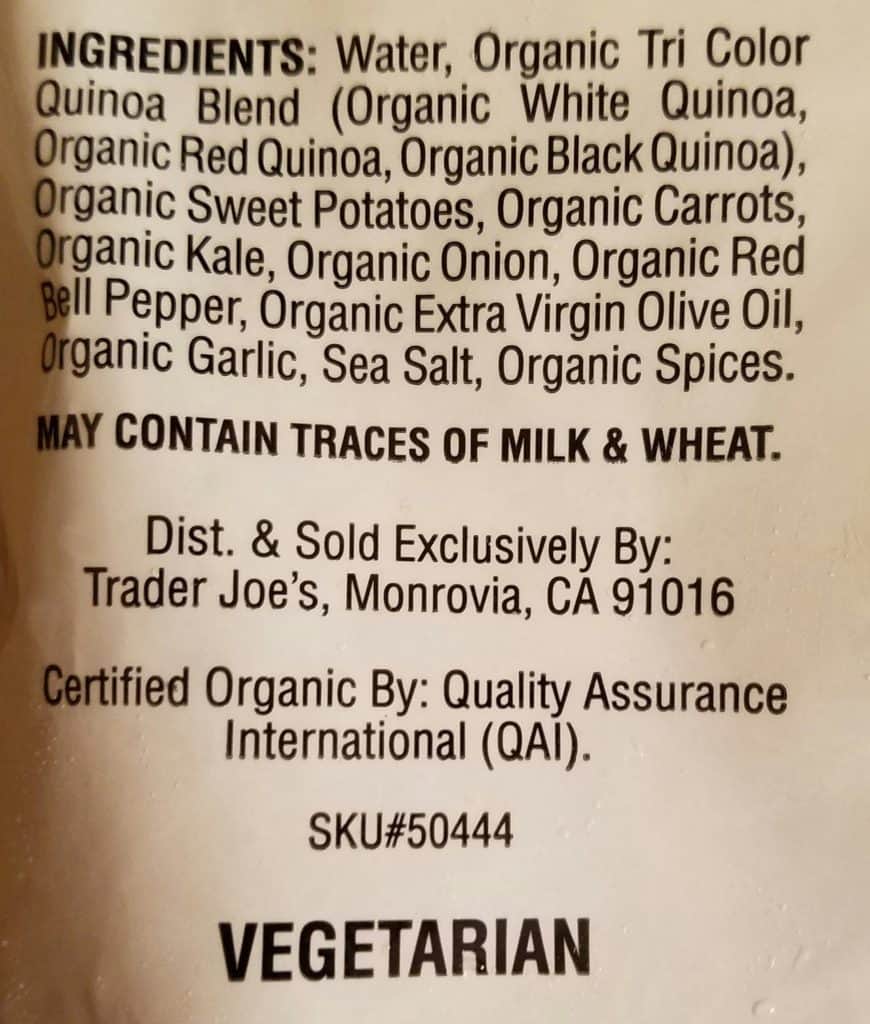 Out of the package I got a frozen block of healthy: 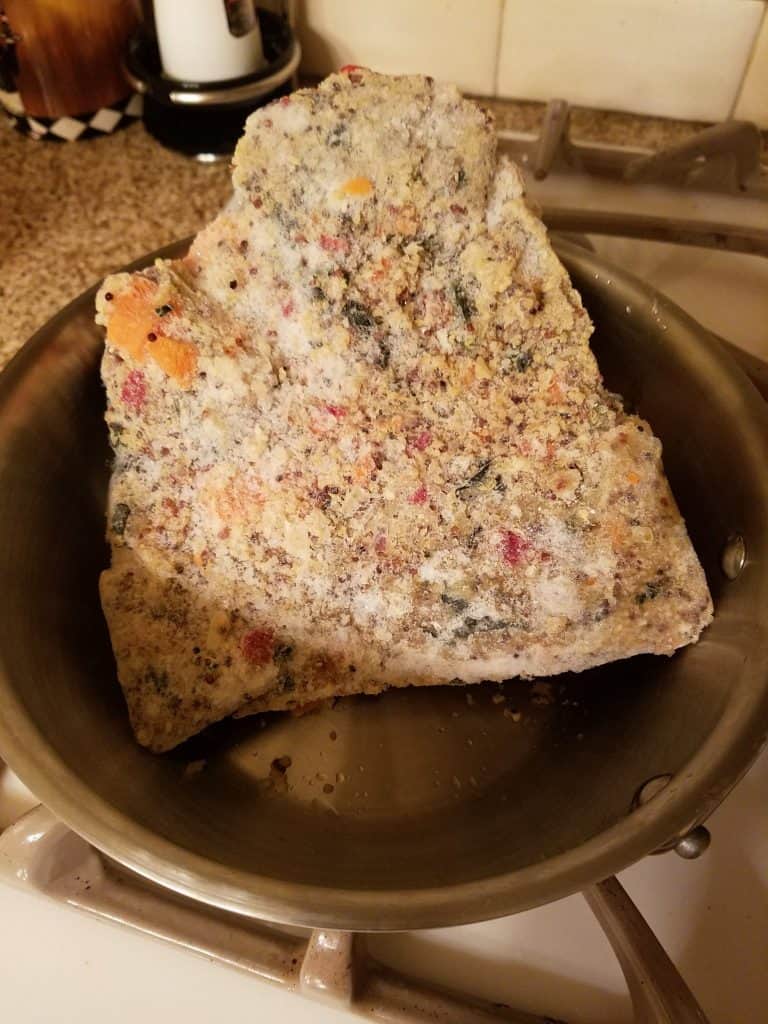 After being cooked you get something more civilized: 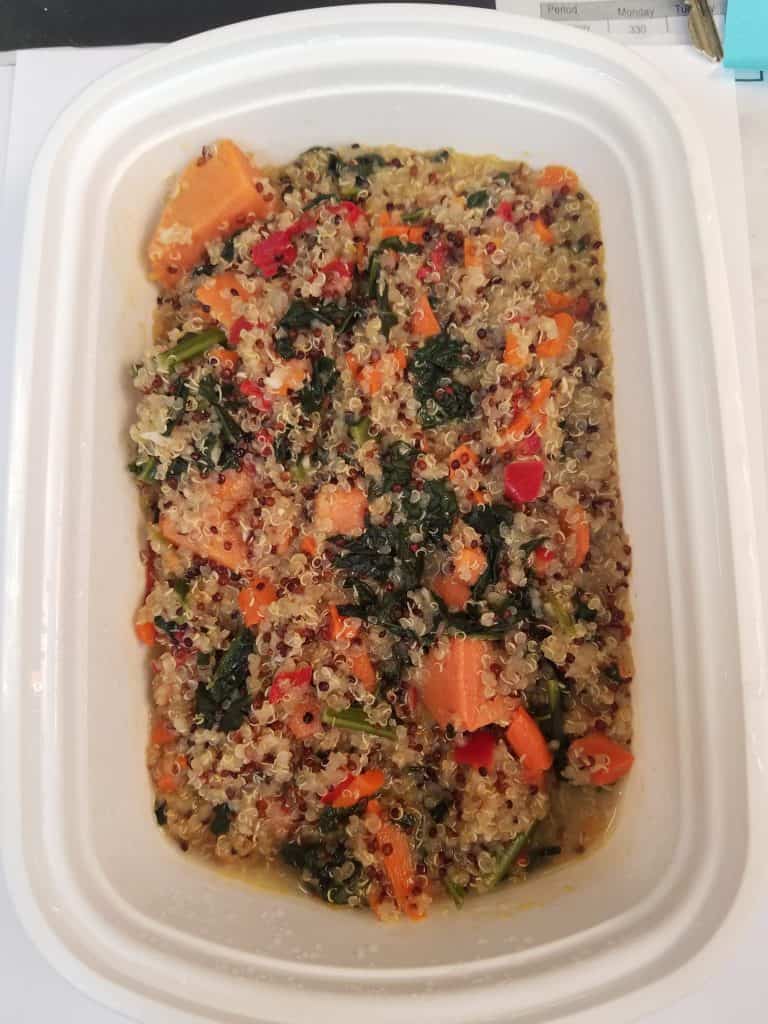 Would I buy this again? For me this is a no. It was too plain and it didn't need to be. It's too late to fix the Quinoa here. The dish wasn't terrible, but it wasn't great either. I'd rather get some quinoa from the shelf and prepare it the way I like it. It's not inedible by any means of the imagination. It just didn't wow me.