I'm not vegan and for the most part I'm very doubtful when it comes to trying anything labeled as such. I have the image of bunny food and tofu and the knowledge that I will walk away less than satisfied. But I was wrong with Trader Joe's Vegan Tikka Masala.

This dish took me by surprise. The "meat" fooled me. If you had put this dish in front of me and not told me it was vegan I would have been none the wiser. The meat tasted like a perfectly shaped meatball. I didn't feel like I was missing anything at all. This is a standout in the Indian section as is Trader Joe’s Paneer Tikka Masala and Trader Joe’s Fish Korma Curry.

The box of Trader Joe's Vegan Tikka Masala in the freezer section: 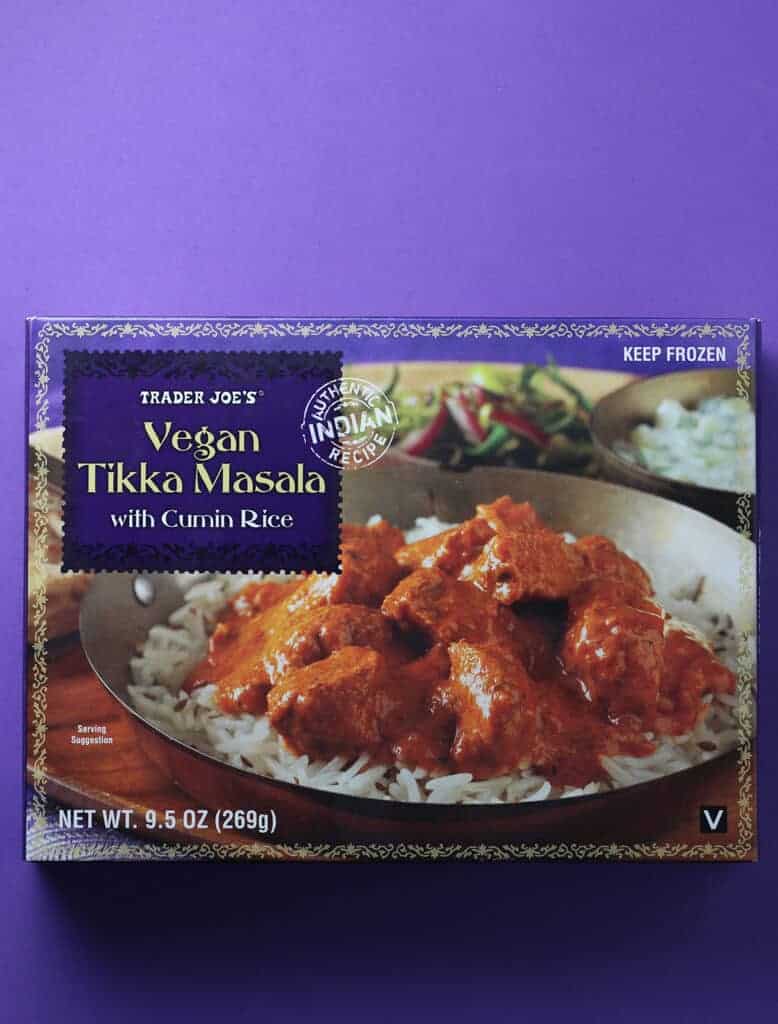 The nutritional information, ingredients, and how to prepare: 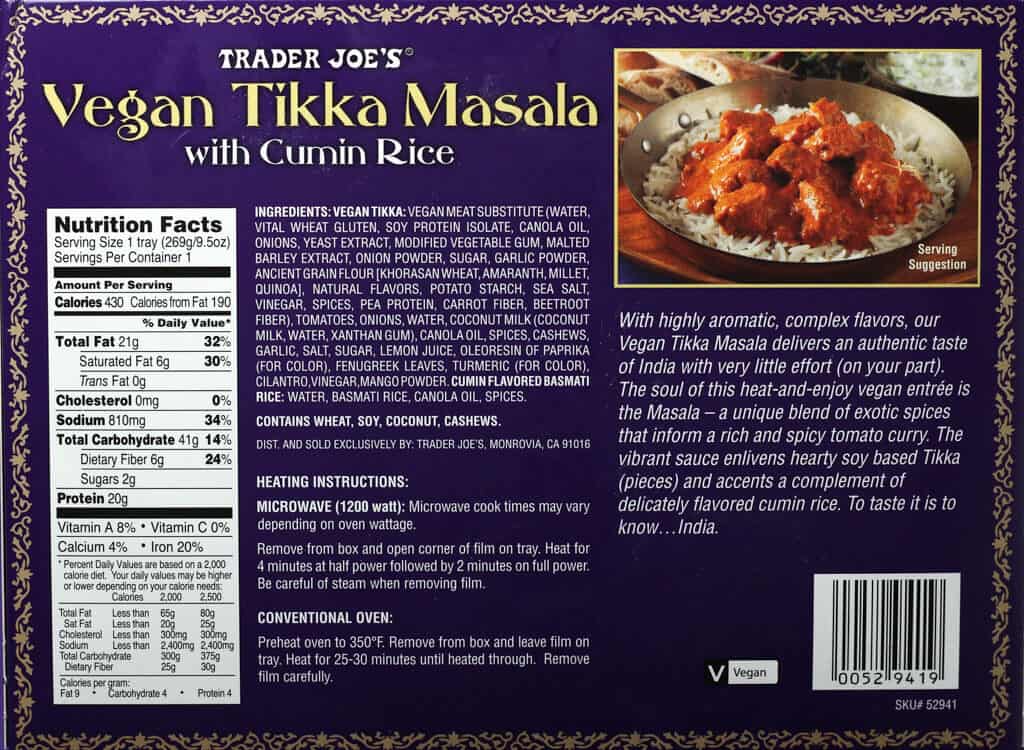 After 4 minutes in the microwave and after another 2 minutes on high: 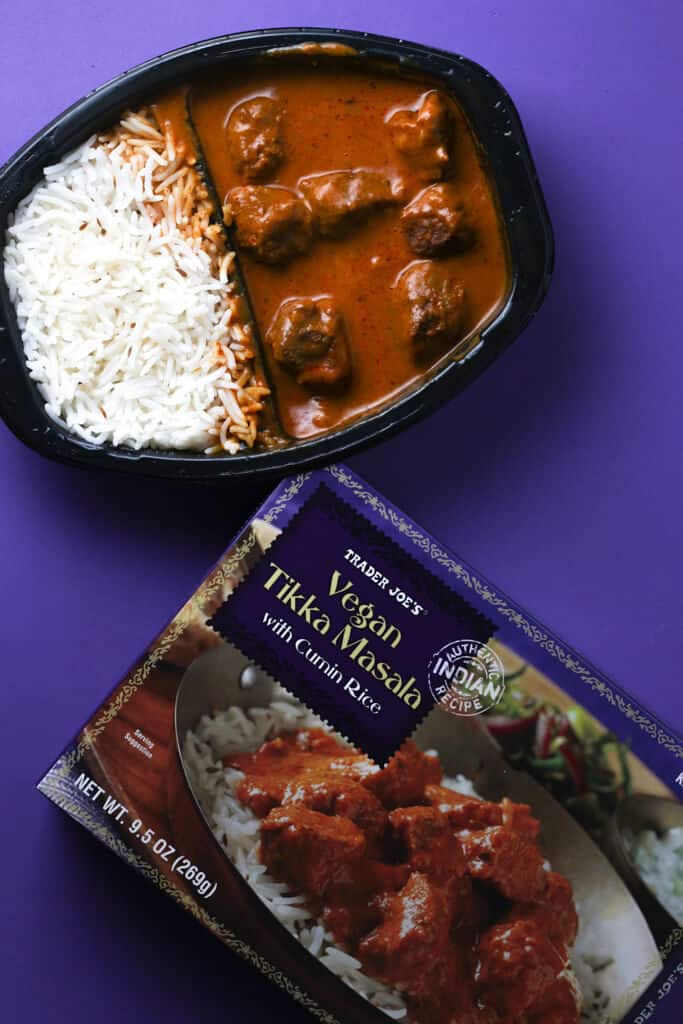 My thoughts are very simple. This is as good as Trader Joe’s Paneer Tikka Masala and is also my top choice in the Indian section of the freezer aisle. I still like the rice that came with the Paneer the best, but plain rice isn't a deal breaker at all. The calorie count was higher than the Paneer, but it was none the less tasty. Give it a try. You may find that you aren't missing the meat at all! I know I wasn't.

Product Description: Trader Joe's Vegan Tikka Masala is as good as anything you would get in an Indian restaurant.

If you've ever been too intimidated to try Indian food, then let Trader Joe's line of Indian frozen entrees be your introduction.